Five Lessons From a Work-In-Progress Screening 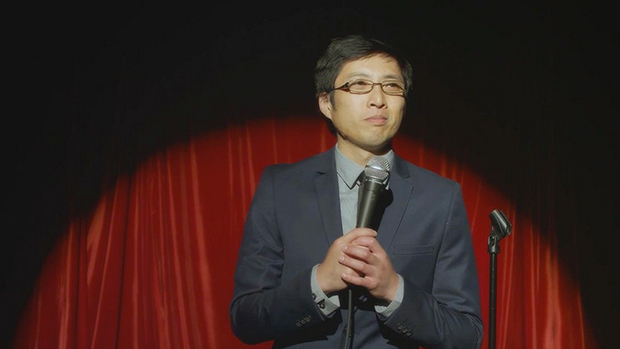 by Matt Szymanowski
in Filmmaking, Post-Production
on Apr 23, 2014

At the end of 2012, Matt Syzmanowski penned a guest post for us on the development of his feature, The Purple Onion. Now, as he’s finishing the final cut of the film, he sends us this follow-up detailing one unusual step along the way: screening the film to a large audience at Cinequest as a work-in-progress. Below are his five pieces of advice for any filmmaker on improving a cut using audience feedback. — SM

The Cinequest Film Festival invited us to screen our debut feature film, The Purple Onion, long before it was even completed. We knew we didn’t have the time needed to properly finish the film, and still, the festival organizers wanted to show any version we had, which was a complete honor. On March 9th, 11th and 15th we screened a work-in-progress cut in downtown San Jose, California.

Seeking new insights and wanting to gauge audience reactions, yet hesitant to expose ourselves to criticism, we went ahead and prepared questionnaire forms. We handed out nearly 500 of these forms to anyone who showed up to the three screenings, 140 of which were filled out and returned immediately afterwards.

These are the five take-aways from this experience.

1. Take a break from editing.

I had been editing on and off for seven months after wrapping the shoot. Finding time early in the morning, late at night, or between gigs and other commitments, I edited whenever I could. With my assistant Blake Smith we got to a point where the progressively more minute adjustments began to seem inconsequential. That was a good sign that we had to step away from the process for a few weeks before we were able to reassess the big picture again. On a whim I submitted the film to Cinequest weeks after their official deadline. I had interned at Cinequest nearly 12 years earlier and had since lost touch with anyone there. They accepted the film days later. We were able to prepare for another couple months before the screenings, but again, with other commitments it was a challenge to find adequate time to edit or work with my colorist or sound mixer. Two days before the first screening we delivered a Blu Ray disk with a rough cut of The Purple Onion.

People will write all kinds of things about your film if you invite them to do so. Following the screenings I reviewed the filled out questionnaires and was surprised to find such varied responses. There were comments full of praise, expressions of complete distaste and notes of utter confusion. “Maybe I’m not cultured enough to get it,” one person wrote.

The most relevant advice is somewhere in the boiled down essence of all the feedback. If you notice patterns and consistency in what people write, you should look into it. For instance, I wanted the film to have a gradual pace, a slow unfolding narrative. Yet, I never imaged it having a “glacial pace,” as one person called it. When 91 questionnaires, 65% of the total, had numbers 1 or 2 circled in regards to pacing (where 5 was best), it’s safe to assume the pacing was in fact slow. I may have exaggerated the length of some shots and moments, I’ll admit; sometimes you want to see how far you can push boundaries. “I get the point of the scene way before it actually ends,” one person wrote. Since then I’ve ruminated aplenty on all the feedback and on the film as a whole. I’ve trimmed key moments and even completely cut out scenes so to lend more weight to the narrative. In total, I’ve shaved off about five minutes from the whole film. That’s a lot considering that in the preceding months the total duration had fluctuated by no more than a minute.

Based on the feedback, I was also surprised to learn that some elements of the story were polarizing. Primarily, it was regarding the vague or taboo relationship between the two Chinese American protagonists, who may or may not be related. “The ambiguity kept me hooked,” one person wrote, while another wrote the word “Confused,” when asked about their response to the relationship. People were also divided about the real life comedian Edwin Li’s restrained performance. The audience either loved him or hated him; they thought he was funny or boring, contemplative and thoughtful or totally inactive and unmotivated.

Glowing comments and praise often come from people that make up your target audience. They say things like, “It’s Jarmusch, only darker.” “None of the mainstream crap. Just humans.” “Reminds me of European movies.” Not everyone is receptive to the style, tone and the kind of humor that you’ve constructed, but you made this film for those that are. You smile when you read their comments: “Awkward, beautiful.” “[It’s an] experimental, endearing, dark journey.” “The painful reality of being a standup comedian.” “Royal Tenenbaums-esque + dry humor.” Not to mention, Cinequest also had their own survey: 332 of 583 people scored the unfinished film an average of 6.9 out of 10.

Two aspects received praise above all else: Cinematography and music. 85% of people responded very positively to both. My cinematographer Bartosz Nalazek and I spent a month together mapping out a visual approach based on countless still photos and film scenes. With references to the film’s Aki Kaurismaki’s Lights in the Dusk and Fernando Embicke’s Lake Tahoe we were going for a composed, atmospheric and offbeat feel, a compliment to the tone of the story. We went in with a bold and strict vision and we stayed true to it until the end.

Early on, I wanted a Balkan brass themed musical score for the film. Balkan music doesn’t have an immediate or apparent connection with Chinese Americans or with San Francisco, where the film was shot. Balkan music generally has epic emotional highs and melancholic lows. It can be characterized as mysterious, at times whimsical, containing a wide spectrum of feeling. I thought this was a perfect contrast, a fitting juxtaposition to the methodically unfolding, subtle narrative about two down on their luck outcasts. Initially an odd pairing, the Balkan score worked, and the audiences agreed. The vision could only have been articulated thanks to our master composer Dan Cantrell.

4. Disregard the other feedback.

Trust your vision. It’s responsible for starting this process so listen to it throughout. That’s not to say collaboration and feedback are not necessary. Thorough feedback allows you to better see and understand your initial intentions, make helpful adjustments you never considered and ultimately help you achieve your creative goals. The feedback from the questionnaires has definitely helped in this way. To a degree. Some feedback is less helpful. Some people point things out that can’t or don’t need to be adjusted. When asked about any concerns or frustrations in the film one person responded with, “Why does [the protagonist] have a landline [phone] if he’s so poor?” My response: landlines are cheap. Another person wrote, “What’s with all the clothes sniffing? Is this a common fetish?” After quickly Googling “common fetishes” I find out sniffing clothes is in fact considered common among fetishes.

Shooting a feature film for $20,000 does not take into consideration the necessary steps that go into making a feature film. Cutting every corner possible is very deliberate – but undermining the whole movie making process is not. The understanding is that indie film is about making due with what you have and not about waiting to work with ideal conditions. Because, the conditions are never ideal. There’s never enough money. “You shouldn’t waste your time,” people told me. And if I had listened to all that… where would I be now?

One year ago this month we began production on The Purple Onion. Today we’re almost done editing. In the next few months we’re working to finish post production before embarking on the festival circuit. It’s been a long journey so far since lead actor Edwin and I began developing this idea back in 2011. Now we’re here and there’s still a long way to go.

Screening our work-in-progress at Cinequest has been a huge step forward. We were able to pause the process, take a step back and see how people respond to our unfinished film. It’s allowed us to get back to post production with a renewed clarity and redefined objectives.

When you embark on any kind of unfamiliar pursuit, eventually you come to a point where you think, “had I known then what I know now I would have done things differently.” And that cliche is especially true when making a feature film. Every step of the way is an opportunity to learn about your own process and about the necessary steps. There’s no one way to make a film. My last piece of advice is this: trust the vision because it will guide you throughout.

The Purple Onion Teaser from Matt Szymanowski on Vimeo.