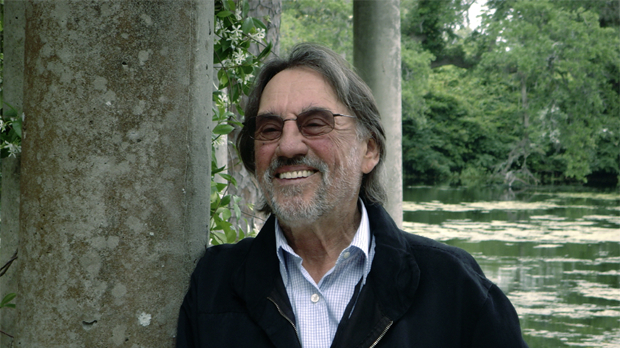 Vilmos Zsigmond, ASC was given the “Pierre Angénieux Excellens in Cinematography” award at this year’s Cannes Film Festival. It was a fitting tribute to the 83-year-old director of photography, who chronicled the events of the 1956 Hungarian revolution before leaving his country soon afterwards. In 1962 he became a naturalized citizen of the United States, settling in Los Angeles.

During the ’70s Zsigmond established himself as one of the world’s great cinematographers, working on Robert Altman’s McCabe & Mrs. Miller and The Long Goodbye, John Boorman’s Deliverance, and Steven Spielberg’s The Sugarland Express and Close Encounters of the Third Kind, for which he won an Academy Award. He also worked with Michael Cimino on The Deer Hunter and Heaven’s Gate. He had multiple collaborations with Brian De Palma: Obsession, Blow Out, Bonfire of the Vanities and most recently The Black Dahlia. Zsigmond also shot three films with Woody Allen: Melinda and Melinda, Cassandra’s Dream and You Will Meet a Tall Dark Stranger.

Filmmaker caught up with the cinematography legend on the day he picked up his award.

Zsigmond: Oh boy. I think film is about images. Cinema needs good images. I think that if you don’t have good images, it’s not going to be a film. I think all films should be really visual.

Filmmaker: What has been your favorite camera to use?

Filmmaker: Would you still use it today?

Zsigmond: Today is a little different because we have to make a digital choice. We have a couple of choices. The Alexa is pretty good.

Filmmaker: What makes a good camera?

Zsigmond: Obviously it has to have good lenses, it should be quiet, and the smaller the better.

Filmmaker: How did your work change when movies went from film to digital? Did the directors change?

Zsigmond: Changes were mostly with the attitude of directors. With a film camera you take care of the images, good lighting and good art direction and all that. Digital imaging is a little different because the directors want you to go fast, they don’t want you to take much time for lighting, they might not even understand that lighting is the most important thing for cinema.

Filmmaker: A lot of directors today, with the new cameras, believe that you can get away with natural lighting in a lot of conditions.

Zsigmond: You have to analyze the classics, the good movies. They all needed lighting because it’s like painting. What is good about the painting, you can do a picture in three hours, or you can do the same painting in 30 hours or 30 days, or 30 years. The more time you spend on it, the better probably it gets. In film it’s very important that everything has to be right.

Filmmaker: What makes you decide to work with certain directors?

Zsigmond: Usually I like to work with certain directors who like photography and I can help them to get better and better visuals.

Filmmaker: You’ve worked with Woody Allen a few times recently. What’s your relationship like with him?

Zsigmond: I worked with him three times, and the relationship didn’t change too much. Woody is a great writer and a good director, he’s good with actors, the visuals for him are not as important. It’s not like working with Michael Cimino or Brian De Palma, the ones I worked with a lot. Woody basically wants to have good performances and it’s about the storytelling. But I loved that Woody and I could do long-lasting scenes, scenes that are going on two minutes, three minutes, four minutes in one shot. He’s very good at it. I like that style. In the long-lasting scenes, the actors can act better because it’s like being on the stage. Directors forgot about the art of acting for a long time, they just wanted to do cuts and editors just want to cut, cut, cut. In music videos they want to cut every second and I don’t like that style that much.

Filmmaker: You mentioned Cimino. Obviously you worked on Heaven’s Gate. What do you remember about that experience?

Filmmaker: Did you see that Steven Soderbergh recut Heaven’s Gate to an hour and 40 minutes and put it on the Internet recently?

Zsigmond: When did that happen?

Zsigmond: How was it?

Filmmaker: It was good.

Zsigmond: But I’m sure not as good as the original movie. You know they recut that movie already, when they put it out theatrically. When it was not successful, they released a short version, which was a total disaster. Only the long version is now available.

Filmmaker: I heard you had a terrible time working with Kevin Smith on Jersey Girl.

Zsigmond: I wouldn’t say that I had a terrible time, he just wanted to shoot everything in close-ups. All those talking heads, that’s what he likes.

Filmmaker: When is it frustrating for you to work with a director?

Zsigmond: If the director doesn’t like long shots and doesn’t like establishing shots and everything is based on words and dialogue and he wants to play everything up in close-up and use it that way, that’s no fun for me. I really think a movie should be visual, if the visuals are not good then I’m not interested. If you play everything in close-ups than you might as well just read the book. If you really want to have dialogue and just talk, talk, talk, there is no reason to go to the movie theater.

Filmmaker: What is the most difficult shot that you have ever achieved?

Zsigmond: I don’t know what is the most difficult shot. But a difficult shot is to do something like at the start of Bonfire of the Vanities, the opening shot which is going on five minutes with a Steadicam, going from a basement, up an elevator, getting out of the elevator, going along the hallway until you end up a thousand feet away from where you started. That is all in one shot. If it works that’s great, it’s good for a film. The closer a film looks like reality and real life, the better it is.

Filmmaker: How much planning went into that shot?

Zsigmond: A whole day. One day of rehearsing and lighting and then the next night we were shooting at least ten times and one of them turned out good.

Filmmaker: Do you paint yourself or take photographs?

Zsigmond: I take photographs. My hobby is photography. I have some exhibits of my stills. We are planning to do some in Budapest of all my stills that I like, but it’s all based on lighting, all my photographs, I mean most that I took as I walk along in my life. I see a good lighting situation and a mood that is created by good lighting itself.

Filmmaker: How about your relationship to Hungary? How has it changed with the political situation in the country changing so dramatically in your lifetime?

Zsigmond: I go a lot. I have many friends. I have a rental company with some friends, we rent lights, cameras, motion picture generators, and I go there at least twice a year and I did movies there lately. Three movies in the last five years and I like to be there also.

Zsigmond: There are many of them, starting from Vittorio Storaro, Roger Deakins, there are many good cinematographers I like.

Filmmaker: What advice do you give young cinematographers?

Zsigmond: Today we are in difficult times because of digital photography. It’s a new style, but a lot of filmmakers lack artistic ideas. I don’t know why. You just turn this camera on, the image is already there, and they want to shoot that, not thinking about what the scene is about, whether it is dark or light. The only thing that they can basically do if they don’t light something like that is to do it in post. To have the artistry in post, it is not the same as doing it in real life when they are shooting it. You have to know what the story is about. If you don’t do that, you can make average looking movies and that is not what I like to see from other people. I still think there is such a thing as classics of cinematography and I like to keep that going on for as long as we can and try to teach the students that even in digital photography with the right exposure, you still have to use the lights to tell the story.

Filmmaker: Now that people watch films on TV, computers and even their phones, do you think about that end experience when you are shooting?

Zsigmond: No, not really. What I’m thinking about is to not change anything. I’m not thinking about phones — that is stupid. I would rather read a book than see a movie on an iPhone.

Filmmaker: Have you ever shot anything with a phone?

Zsigmond: With an iPhone, no! That is ridiculous. Did you see that picture with the iPhone and the big zoom lens attached to it, it’s ridiculous, it’s surreal.

Filmmaker: What have you been working on recently?

Zsigmond: I haven’t done many films recently. The last good film that I did was probably Black Dahlia and that was four or five years ago. After that I don’t think I’ve had a chance to do something as good as in the ’70s. In the ’70s we did some great work. Now I don’t think we have many good low budget or independent films. Although I do love independent films, because they don’t do it for the money, they don’t think about how much it will make. I like to do movies that mean something.

Filmmaker: Do you think cinematography has become less of an art?

Zsigmond: I would say yes. The only thing that people see as art now is the visual effects movie. I did like Gravity, I thought it was good even if it was digital and 3D. The 3D work on that movie was great, and the same with Avatar. They were the only films that I liked on 3D. I think it’s dying anyway, because people don’t like it that much. I don’t think 3D has that much future. I want to teach the people to not change anything we have done in the past, which means good script, good directing, good acting, good everything and good photography and use the lighting to change the mood.

Filmmaker: If the art is lessening and you feel like you haven’t done good work since your work with De Palma, why do you continue to shoot films?

Filmmaker: The Cannes award, how does that make you feel?