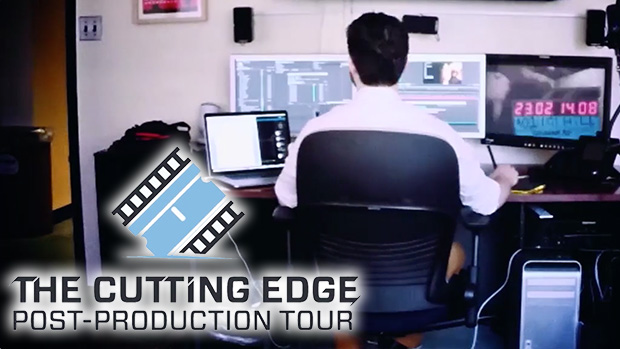 by Michael Murie
in Editors, Filmmaking, Interviews, Post-Production
on Jul 30, 2014

We recently spoke to Epstein about editing, working on SNL and the workshop tour.

Filmmaker: How did you become an editor?

Epstein: In my experience, it’s never a direct path. I started out in school, working on a student-run sketch comedy show, and we were able to get our hands on some of the first gear that you were able to shoot and edit with in a reasonable amount of time without having to hire someone. That’s where I got hooked on manipulating pixels and story, and the fun that comes along with that, both from a filmmaking and a tech geek perspective.

In college I had an internship at NBC in their promo/on-air department, and after that a job as a writer, producer and editor in on-air promos in Los Angeles. A lot of people think of on-air promos as less than serious, but for me it was a great place to learn how to make something out of nothing. You’re working with not the best footage, not the best shows, and you have to use your brain to come up with a story and make the footage better. After that I moved into commercial post-production, which had a more traditional, big-budget, real film workflow. That was a real learning experience as far as how to work with multiple houses for sound mixing and color, a real trial-by-fire high-pressure environment. When I came to New York and the SNL opportunity presented itself, that combination of environments gave me a wide range of experiences and styles to pull from. 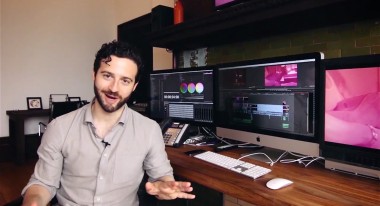 Filmmaker: As an editor, how would you characterize the difference between working on SNL vs. other projects?

Epstein: When you’re working on a long-form project, you can be working all day and feel as though you’re chipping away very slowly. You have to have a long-range, marathon outlook on things. At SNL we’re doing the entire post-production process in a day and a half. It’s obviously a much more concentrated, focused way of thinking, but at the same time it’s kind of nice because there’s not a lot of flexibility as far as the deadlines. It’s a paradox in the sense that time forces you to make quicker decisions and for people to get on board faster just because it has to get done, but at the end of the day it’s the same. You’re trying to make the best project that you can.

Filmmaker: How much time are you spending on SNL?

Epstein: It varies during the season.  When it’s a show week, we don’t know what we’re doing until Wednesday night. Thursday is all pre-production and we start shooting on Friday. I start editing late Friday, going all Friday night and all day Saturday. Depending on what other projects are going on, that fills up the rest of the week. I’m working on commercials or I’m working with a bunch of independent production companies in Brooklyn.

This past year, the team that I work with at SNL — which is headed by our director and producer Rhys Thomas — have been working on a movie he directed for Paramount that should be coming out in the fall. We’ve been doing double duty on that; the first half of the week we worked on the movie, and then we’d go over to SNL.

Filmmaker: So you really start work on the episode on Friday?

Epstein: Sketches are picked on Wednesday. Pre-production starts, and I’ll start a soft prep based on the script. I’ll pull sound effects that make sense and music cues that might work and some possible graphics, just to get ahead of the game before the madness really starts. Friday, if it’s a really late shoot where the timeline and turnaround is going to be especially fast, I’ll sometimes go to the set and be working on set as they’re breaking camera. If not, I’ll be back at 30 Rock and they’ll be sending drives as they break camera.

I usually go Friday night until around three or four in the morning, sleep for a few hours, come back and then it’s a just mad scramble to get everything done before dress rehearsal at eight. It’s played at dress rehearsal and then there’ll be some changes between dress and air that we have to address, and then we feed to air, hopefully 10 or 15 minutes before it’s on. Then we watch it on TV and everyone’s happy and relieved and then we do it again the following week. 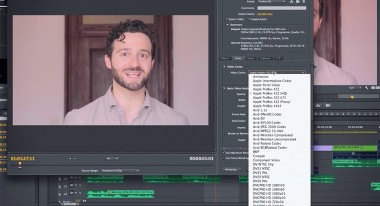 Filmmaker: Is a writer or a producer involved in the editing process?

Epstein: Initially I’m working in tandem with our director Rhys and I’ll get a first assembly to a place that I think is good. Then we’ll start showing stuff to the writers of the piece and the producer early afternoon on Saturday. Then it’s a process of working with the writers and producer and Rhys to get things to a point where everyone is on board and happy before dress rehearsal.

Filmmaker: What do you edit in?

Epstein: We edit entirely in Premiere Pro and Adobe Creative Cloud. We switched when Adobe CS6 came out.

Filmmaker: Do you have preferences about cameras and acquisition formats?

Epstein: One of the things that is unique about post-production at SNL is the variety of styles we use. Each week is completely unrelated to the last; one [project] could be a short film, another a movie trailer, or a commercial parody, or a reality TV thing. To that end we are shooting on literally every camera. If you name a camera, we have shot on it in the last few years, because the camera choice is dictated entirely by what the piece is. If it’s something that’s big and cinematic, we want to use an ARRI Alexa with anamorphic primes. If we know we’re going to be in tight quarters and we can’t have a big profile, we use a hand-held C300 or C500. We also shoot every flavor of RED. We don’t necessarily have a favorite, it’s more that the context of the spot dictates what we use.

One of the nice things about Premiere Pro now is I’m working natively pretty much no matter what we shoot. So if we’re shooting 5K EPIC Dragon, I’m working straight off the R3D for that. If we’re shooting the Alexa I’m working directly off the 4:4:4 ProRes. It’s native all the time, we don’t really render anything any more, which saves a huge amount of time, especially on our timeline. If we can save 10 or 15 minutes here or there, that’s very beneficial.

Filmmaker: You’re conducting a seminar series called “The Cutting Edge” this summer. What is the format and objective of the class?

What I want to do is use the context of what we do at SNL and how our timelines necessitate getting so much done so quickly to show how many variables go into something now. We’ll look at examples of what we’ve done in the show and apply that to whatever you’re doing, but we’ll also be showing, from a broader perspective, how it’s not how you do it but why you’re doing it that’s important. When we’re talking about color correction, it’s not going to be “we crushed blacks and we changed the curve a little bit and now that looks better.” Sure, it looks better, but what is motivating that color? What is motivating that sound design? What’s motivating those graphics? Are you putting thought into what you’re doing?

It’s an all-day class, breaking down many of the aspects of modern day post-production editorial. Hopefully we’ll have a fun time where people enjoy looking at pixels being moved around, because at the end of the day post-production isn’t as dynamic a thing as running around with a camera. It’s someone working at a computer and being mindful in dealing with people.

Filmmaker: Will this be tool-agnostic or focus on the Adobe Suite?

Epstein: I’m of the mindset that all the tools out there are amazing and you should use whatever it is that allows you to do your work. Premiere and Adobe makes the most sense for what we do, so that’s what I’m going to be using for the demonstrations. That being said, many of the lessons that I’m doing, because it’s focused on the why, you’ll be able to apply to other tools. If I’m talking about sound design, and why I’m building up a moment, that’s more structural than it is software-based. Even though it might not be the same button that’s being pressed, ideally the lessons that are being shown, you can apply to whatever system you’re using, because it’s more about how you are seeing and hearing stuff within your head than how you’re doing things in the timeline.

I want it to be a relatively open dialog, I want people to be able to recognize that production is such a deep rabbit hole and there’s no end to it. I wouldn’t be surprised if I’m showing something and someone says, “I know a better way to do that,” and that’s great. I want to hear that. I want to steal that from you, and you can steal this from me. It should be a community and more of a discussion, as opposed to just, “Here are three shortcuts that are great.”

Filmmaker: What advice would you give someone just starting out as an editor?

Epstein: Make stuff and play around and figure out what it is about the things that you enjoy watching. One of the most important things for an editor or filmmaker – or anyone who is in a creative pursuit – is to be mindful about the way you watch media. When you watch a movie, try to understand what it is about it that you like, what it is that works for you. If you can be cognizant of the bones and the aesthetics of something, it’ll let you be smarter about how to create something yourself, even if you don’t know how to do it with your hands yet. The technical stuff, that will all come eventually. But if you have all the technical without any of the core base of creativity, then the technical aspect is all for naught.