Kickstarter: How to Disappear Completely in 28 Days 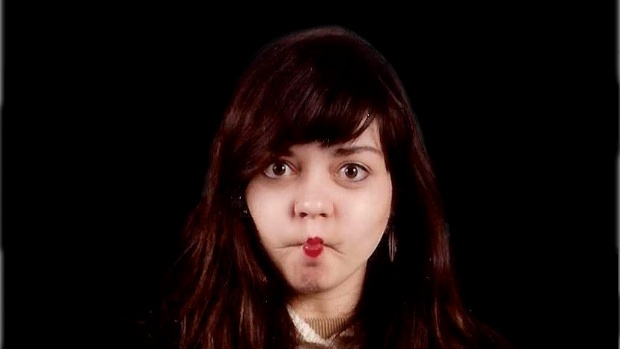 by Sasha Solodukhina
in Filmmaking, Financing
on Aug 26, 2014

How to Disappear Completely, Kickstarter

Filmmaker regularly offers crowdfunding filmmakers on our curated Kickstarter page the opportunity to write a guest essay about their campaign. Here’s Sasha Solodukhina on the struggles of funding a first-time work, How to Disappear Completely. To learn more about her 30-minute film, visit its Kickstarter page, where the campaign is in its final three days.

Unlike Spike Lee, or Charlie Kaufman, or The Coolest Cooler, even unlike the potato salad – I am not yet a product. I have no brand to articulate me, or any kind of large body of work to stand behind. At this point, you have to take my word for it. At this point, I don’t have much more than myself – I have boundless enthusiasm and intention, which, to make them real, has become my business to convince strangers of through some sort of virtual, digital projection of myself.

It’s a knotty territory you get into though, trying to translate that material as you approach something like a Kickstarter campaign – how do you utilize this digital platform to market a sincere idea to literally virtual strangers? How do you instill trust, or maybe more appropriately, rein in legitimacy in an amorphous network of an unknown crowd of unknown numbers? How do you make your pitch into the void, where just as easily a person may as may not be listening?

For people in my position, Kickstarter is a godsend of a platform – undeniably it’s the most accessible, and functional, fundraising option for people who are not established enough to acquire funding from so-called conventional investors at such a point in their careers. It’s bizarre, then, how the very reason I’m drawn to Kickstarter in the first place – as the readiest means by which to make possible a passion project I’ve invested more or less all of my time and energy into over the course of the past year – becomes the major stumbling block in creating a successful campaign. It’s the mystery of streamlining and promoting interest, ideally in 140 characters or fewer, in a project that by its nature cannot exist at any point of the duration of the campaign which its life depends on.

Per Kickstarter’s own guidelines (which aren’t numerous): “When a project involves manufacturing and distributing something complex, like a gadget, we require projects to show a prototype of what they’re making, and we prohibit photorealistic renderings.” That’s the way Kickstarter is set up to work, this rule figures. One would hope that whoever it is who’s coming along now to solicit your donation would have enough foundation for their project to be able to demonstrate not only exactly what it is, but exactly what is possible in the first place. For “gadgets”, which is to say “products” – that would be some technological innovation. For some artistic project that depends on funding for scale rather than existence – to cover publication costs for a book, or a collection of photography, say – satisfaction of that rule is endemic to the campaign itself. The product is the campaign. For a person in my position – a filmmaker with no major work to stand behind up to now – satisfaction of that rule is basically impossible. I need the money because without it the project can’t exist at all. I’m selling you an idea, which, until the money happens, can strictly only be an idea. But is this film I have in mind any degree less “complex” of a “something” in its “manufacturing and distribution” than one of those hypothetical “gadgets”? And, by nature of the fact that the product, which is the film, must remain unreal until after its campaign succeeds and the money is raised, am I not essentially limited to “photorealistic renderings” in my representation and marketing of it? You see what I’m saying, what kind of a paradox we find on our hands when it comes to projects like this one.

I’d like to simply say, “I wish you would look at this idea, I wish I could sit down with you for an hour and tell you everything that excites me about it, everything that destroys me about it, everything I’m awe of, everything that I’ve done so far. I wish I could tell you about how many people are helping me, purely out of their confidence in me and in the idea. I wish you would let me spend an hour, for each of them individually, just telling you about all of those people. The incredible things that they have already accomplished and the more incredible potential they still have, to continue creating, to contribute to this project, to continue getting better. I wish I could draw you a map of how all of these people together is a perfect fit of skills and intellect and enthusiasm to make this project happen. I want to draw you a map…” – but somehow there really isn’t that much time, or that many ears, to simply say that much and have it stick. People don’t have an hour. People don’t have five minutes. People have time, and only just enough of it, to make a judgment based on whatever they think they can trust. And how do you generate trust, or interest even, in this idea you have that doesn’t exist? Somehow you have to manufacture legitimacy, through external validation. There are avenues for that, aren’t there? And that’s how you find yourself find yourself losing sleep over clever hashtags, you count likes, celebrate every retweet, you write essays like this one – this nebulous procession of indispensable acknowledgements and plugs, all of which are ultimately aimed at taking up space and erecting in the eye of your target audience some semblance of legitimacy.

But if everyone who’s trying to fund work via this platform has to go through these same channels (and how can you not? How else is “the word” going to “get out”?), how, then, is the work supposed to differentiate itself from other work it’s competing with, in the arena of things that don’t actually exist? By more aggressive enthusiasm, which is just another ruse and semblance? More inventive, or, rather, complex, or, rather, simpler pitches? Better prizes? As far as that goes, with prizes at least there’s a tangible product, but only sort of, and weeks down the road, when our donor wakes up to find in his mail (assuming the campaign even reached its goal at all) that thing he in all likelihood has completely forgotten about by then, having forgotten with it, in all likelihood, the project he pledged money toward in the first place.

It seems like every alley you turn down there’s some catch, and they’re all crucial to demonstrating what you’re about and have to offer. They are all based on dilution and false impressions… this intractable question – how is it possible to communicate your vision sincerely within a system that’s based on illusion, pandering, marketing, and lies… until somehow (somehow, as a result of your dogged playing of the game) this simple and strange phenomenon happens that tips the scales, where your project gets some critical mass of interest, publicity, support and so forth, and the project – no, not even the end project represented, but the campaign itself – becomes a product, becomes a valid and attractive and even a pleasurable investment – and then you’re set!

So as far as that goes, I feel very deeply that I’d be doing you a grave disservice in not linking you to my Kickstarter page and thereby giving you the chance to ride the wave, experience the thrill, and donate your money today, while there’s still time!!!! Thanks for reading! #yourmoney #yougivingyourmoneytome #myfuture #thefutureofyourmoney