2014: The Year in Movers, Shakers and Standout Scenes 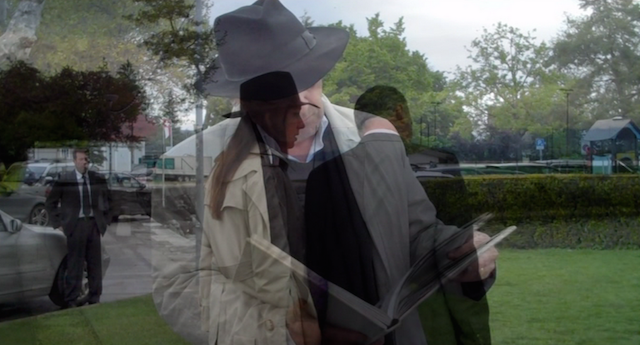 Last year I skirted around the issue of a Top 10 list by highlighting my 10 favorite scenes of the year, my logic hovering somewhere above “What is an effective film, if not the sum of its parts?” This year, I’m not so sure that axiom stands. Whether or not you regard it as the masterpiece it may or may not be, Richard Linklater’s Boyhood has unimpeachably proved to be *the* film of 2014. I was fortunate it enough to see it in its best possible setting: front row at the Paramount Theater at SXSW, where a sizable chunk of the audience was hometown cast and crew.

Cynicism aside, it was a memorable moment to be there, staring up at Ellar Coltrane on stage, whom I’d come to regard as a kindred second cousin of sorts over the last three hours. (To him, no doubt I was just some hysterical chick with overactive tearducts.) Linklater pulls off an incredible and manipulative emotional feat with Boyhood, but in retrospect, upon repeat viewings, the chinks in its narrative start to shine through. Instead of the consummate coming of age tale, it morphs into an empirically rote rumination on white, middle class America. Worse, the privilege and casual racism dispensed by Patricia Arquette’s Olivia when she crosses paths with a Mexican construction worker is downright absurd. This is a film that is so very far from the sum of its parts. It is an achievement to be sure, a wholly unique experience, but the individual scenes, the building blocks, greatly lack its overall impact.

So instead of simply picking my favorite scenes of the year (hello, Martin Short’s entrance in Inherent Vice), I’ve decided to discuss five thematic climaxes that illuminate or challenge what’s brewing between the frames in these five fantastic films. It goes without saying that I still have plenty left to see this year — Mr. Turner, Selma, The Babadook, The Tale of Princess Kaguya, Leviathan, etc. — just as there are plenty of “disqualified” festival titles — Kumiko, The Treasure Hunter, Amour Fou, The Duke of Burgundy, The Look of Silence, Heaven Knows What, etc. — to look forward to seeing again in the coming year. Lastly, if you stay with me, you’ll find my picks for Best Director, Cinematography, Actor, Actress and so forth, at the bottom. Lastly, lastly, Cinema Guild, please pick up Hill of Freedom and Our Sunhi. 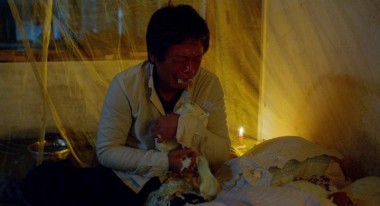 In one of the more heartbreakingly appropriate uses of a long take, Tsai Ming-liang patiently watches as his protagonist rearranges and partially devours a cabbage. It sounds weirder than it is. Squatting on the fringes of Taipei, Tsai’s unnamed lead is overcome with his inability to provide for his children, and attacks the object that functions as his daughter’s playmate (she’s drawn a face onto the head). Since he is starving, it’s not enough to take his anger out on the food, he must succumb, and consume his shame as well. For Tsai’s detractors, this scene is ridiculous, but for me, it is the perfect explosion to the character’s bottled up countenance we have faced for the past hour: wavering in the wind holding a sign at work, slurping up noodles in an overgrown alley, holding his children’s hands. It’s worth every one of its 11 minutes.

As is often the case with Wiseman’s best work, every scene is like a film unto itself: a revealing and microcosmic glimpse into a “bigger picture” narrative. What makes the documentarian extraordinary, of course, is that these vignettes don’t feel like excerpts — they bleed into one another, building into a portrait that encompasses far more than the grounds of whichever institution he’s set his sights on this go around. It’s hard to pick a standout scene from my favorite film of the year, but I keep coming back to one that concerns context.

A historian tours a couple of young bloods around the museum, stopping before Rubens’ Samson and Delilah. Though the painting has already been dissected in great, amusing detail by one of his colleagues in a prior scene, this historian prefers to consider the lighting — both inside the painting, and in the room in which they stand. Upon closer analysis, it’s clear that Rubens intended for the painting to be hung alongside a window, with its light source streaming in from the left hand side, over Delilah. No such setting is afforded of it in its current habitat at the National Gallery, which lends a melancholic, zoo-like captivity sentiment to its preservation. Despite the painstaking work of National Gallery‘s subjects to maintain these great works of art, there is something missing: the intentions of the artist.

Under The Skin, Deformity

Where to begin with this most expertly crafted oddity. I was bewitched from the very first frame, practically out to sea by the first seduction scene, and drowning in that black goo and loving it when that perfectly paced familial homicide rolled around. An extra terrestrial serial killer never looked so good, yes, but things grow simultaneously complex and predictable when she gets her first taste of humanity. Picking up the next in a long line of victims, ET ScarJo gets a glimpse of his not so comely face and sends the film into an empathetic spiral. Even if she’s not from here, she recognizes his deformities immediately, and is unable to carry out her duty — not now, nor ever again. I previously wrote about how female serial killers seem to continue apace until they’re inevitably undone by their compassion, but for Glazer’s purposes, this by-the-book fall from grace serves to bridge the other with reality, making it a more digestible plot point, with a most transfixing, go-for-broke execution. 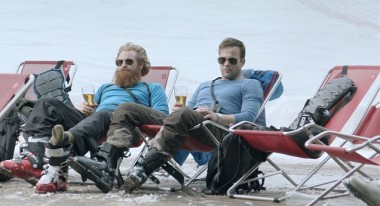 Any film that takes on gender politics as brazenly as Force Majeure nets an immediate thumbs up in my book, but it’s Östlund’s incremental unpacking of the film’s central incident that makes this particular battle of the sexes so realistic and rewarding. After tepid attempts to make her husband admit to the fact that he abandoned their children in a near avalanche, Ebba does what any desperate woman would do: play to her audience. A few too many glasses of wine and the non sequitur escapes from her lips. Even as she presents her husband’s friend and his girlfriend with video evidence — in a four shot, her husband’s eyes glazed over in shame — ever the best man still finds some illogical logic to back his friend up. It’s this disregard for the facts and adherence to “perspective” that serve as Östlund’s most caustic critique of the male sex. Tack on the hilarious scene in which the two men delight in female attention, only to blow up when they’ve been mistaken for someone else, and you have the closest thing to a male helmed feminist film I’ve seen in a while.

I went back and forth on this one, debating whether or not I should include the ice cream scene from Manakamana, but ultimately I had to hand it to Godard. I’m not 100% on board with this film. I do find it indulgent and trying in parts, but as an experiment in the destruction and rearranging of visual language, it succeeds. Case in point: the miraculous perspective swap pictured above. You’re almost shocked no one thought to try it before, but then again, this is the man who invented the jump cut. What was then born out of (financial) limitations, is now rendered through full-hearted, bursting-at-the seems formal exploration.

Jonathan Glazer, Under the Skin

Mira Barkhammar, We Are The Best!

Eleanore Pienta, See You Next Tuesday

Carl Kranz, Soft in the Head

(Honorable Mentions: Lyle Vincent, A Girl Walks Home Alone At Night; Ryszard Lenczewski and Lukasz Zal, Ida; Daniel Landin, Under the Skin; Emmanuel Lubezki, Birdman; If I’d seen A Most Violent Year or Selma, there’s a 99.9% Bradford Young would be here as well)

Carlos Marques Marcet and Scott Cummings, It Felt Like Love

Cody Stokes and Nathan Silver, Soft in the Head