by Brandon Harris
in Filmmaking, Uncategorized
on Jul 7, 2010 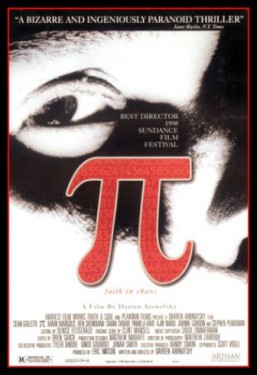 Yesterday on the blog we asked what films inspired young viewers (in their 20s or below) to identify with the independent film movement. Here are responses from filmmaker, critic and Filmmaker Contributing Editor Brandon Harris.

Short Cuts (1993) – Saw it on cable TV sometime in 1994. I was too young to understand its significance at the time, but I believe it was the first American Independent film I ever saw. The fact that I watched it all at that age probably explains alot about me.

Clerks (1994) & Chasing Amy (1997) – Saw both of these during winter break, 1997. My older cousin David can still quote Clerks essentially line for line. My first prolonged exposure with American Independent cinema, the first time I can remember noticing a film’s low budget style. Probably introduced the concept of irony to me.

The Funeral (1996) – If only because one Saturday afternoon while I was watching it (certainly sometime in the summer of 98′) I decided I wanted to be a filmmaker.

Lone Star (1996) – To this day I can’t help but watch all of it whenever it’s on television. It was the first time I saw an American Independent narrative that seemed to deal with the ways in which different communities, even ones right on top of each other, see history in vastly divergent ways. Given how my home life was so different from the places I went to school, how the cultural disposition of my family and my school friends might as well have been worlds apart despite being contained within the same city and being essentially within the same class, I completely identified with its themes.

The Limey (1998) – Very similar to Pi in its importance to me (see below) – seeing it, theatrically, on a weekday, with perhaps two other people in an art house theater, one I would start working five years later, it spoke to me in a way few films (even ones which are much better) are capable of doing. Seeing it now is like visiting an old friend.

Pi (1998) – I surely saw this on video sometime in 1999. I began watching it on a daily basis during the fall of 2000 for what couldn’t have been more than a few weeks, stoned, between after school sessions of John Madden football. Between the economy of means within which it was made and its seemingly effortless formal audacity, it did two things for me as a filmgoer/maker A) It made filmmaking seem like something that was in my reach B) It established the relationship between form and content for me in a way no film up until that point had done — it was the first independent film I could show my friends that would illicit the reaction, “that was cool.”

Boogie Nights (1997) & Magnolia (1999) – These two PTA films cemented the preeminence of the director for me. Perhaps this is because Boogie Nights was the first director’s commentary I ever listed to.

Requiem for a Dream (2000) – The first film to ever give me nightmares and keep me up at night (perhaps Candyman did too, but I can’t remember; certainly No Country for Old Men did). I must have seen it three or four times theatrically during its initial run, another dozen or so when it came out on DVD.

Sweet Sweetback’s Badasssss Song (1970) – I was well past the phase where I took black militancy seriously when I saw it, but the film still speaks to attitudes that my parents generation will never shake in a way I can’t help but find endlessly fascinating. I’ve probably seen it at least 20 times.

Killer of Sheep (1977) – The opposite end of the spectrum from Sweetback in the annals of Black American Cinema, a film that suggested I could borrow any sort of aesthetic I wanted to tell stories about African-American life and didn’t need to have any particular agenda. I knew that already anyway, but there are very few examples as potent as this one.

Junebug (2005) – It, in such a tender, nuanced fashion, nailed the Red State/Blue State, secular vs. religious, city vs. town thing perfectly. I watch it about twice a year and identify with Allessandro Nivola’s George in ways I’m still trying to comprehend. — Brandon Harris