Cinematographer Thomas Scott Stanton on Shooting Matt Sobel’s Sundance NEXT Picture, Take Me to the River 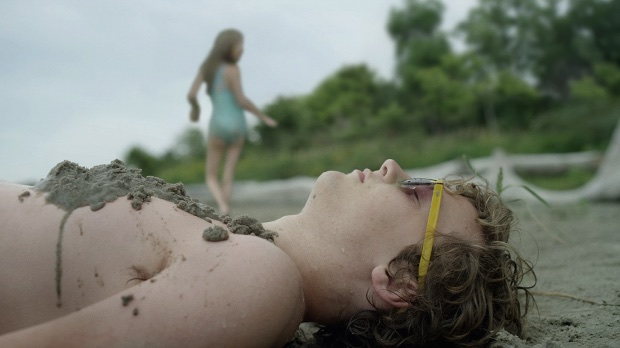 Director of photography Thomas Scott Stanton comes to Matt Sobel’s Sundance NEXT button-pusher Take Me to the River from a diverse background. Born in Maine, he spent much of his childhood in Guam and the South Pacific. In Washington D.C. he founded the Green Barrel skate shops, and he still directs skate videos in addition to acting and working as a photographer. When it comes to Sobel’s film, which tells the unsettling story of a gay teenager confronting family secrets at an annual reunion, Stanton connected with the first-time director over Skype and, using the RED Epic M, brought a real visual polish to the film while avoiding overly artificial lighting scenarios.

Take Me to the River world premieres Monday, January 26 at the Sundance Film Festival.

Stanton: Billy Mulligan, the co-producer, sent me the script while we were wrapping up another film together. The script left me with more questions than answers and stuck with me for a few days.  I couldn’t stop thinking about it so I put together a collection of photographs and reference images that I felt were right for the film. I wrote an email to Matt Sobel letting him know what a beautiful, uncomfortable story he’d written. I told him the film was on the page and I hoped the film would affect people in the same way that the script had affected me. We Skyped a few times, discussed the story, shared different ideas about the film and finally he asked me to come on board.

Stanton: During the first conversation I had with Matt he said, “No back light or pretty pictures.” Hearing that was a little terrifying at first, but after discussing further we realized that we both wanted to figure out a way to tell a story that was structurally a thriller but had the look of a child’s coloring book. We wanted the camera to be unobtrusive for the actors so we could capture the performances as honestly as possible. I think the fact that Matt had grown up going to these Nebraska family reunions every year added a real sense of familiarity and authenticity to the story. We talked about the juxtaposition of mood and style, not trying to make the audience feel one way or another. It was important to us visually to play against the uncomfortable nature of the subject matter. We wanted the audience to experience the film through Ryder’s eyes and allow the performances to unfold naturally.

Stanton: Any time you’re working with a limited budget and resources you’re forced to rely on your imagination and in turn involve your local community for help. We were very fortunate to have the support of many individuals in Loup City, Nebraska. Additionally, I rely heavily on available light and Nebraska’s weather changes so quickly that you have to plan accordingly and be able to adjust quickly.

Stanton: Keeping our lighting as simple and motivated as possible helped us to move very quickly. We talked about being able to shoot 360 degrees and do very long takes so we had to make sure that we didn’t get in our own way. The house we filmed in was Matt’s late grandmother’s farm house, and it was really tight quarters, so we used available light bounced in through the windows whenever possible in addition to several practicals. We really wanted the film to feel naturalistic and honest.

Stanton: The family reunion was definitely the most challenging because we had such a short amount of time to get through a lot of pages of emotional dialogue, complicated blocking, long handheld takes, a lot of non-actors, and fast-moving shadows. Every day prior to filming Matt and I would act out the scenes and talk about blocking and camera positions. This helped us solidify where the camera should be throughout the film.

Stanton: Trying to capture the look in camera was our goal. We did very little to manipulate the image in post. Early on we had referenced films like Badlands and The White Ribbon for inspiration. Corinne Bogdanowicz at Lightiron did the DI with us, and we tried to stay as true to our in-camera look as possible. I think there is a real honesty in the way we shot, and DI’d the film and hopefully the camera work helps to propel the story forward in a simple and honest way.