“Much of What We Do is Spycraft”: Racing Extinction | Director Louie Psihoyos 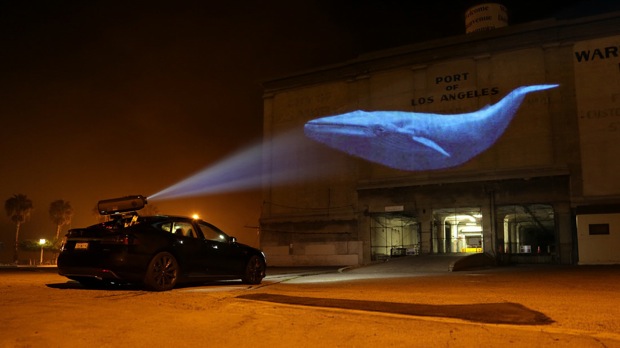 There’s an annoying film industry “truism” that a director’s second film after a successful first will be a bust. A well known and respected Hollywood director told me, “Don’t even try to make another movie after The Cove, you’ll never top that one.” We didn’t break any box office records with The Cove but it did play all over the world, winning numerous festivals including Sundance. It became the first doc to sweep all the film guilds and somewhere there is a little gold man who has become a selfie magnet for office visitors. But you don’t make documentaries to win awards. When I went to Sundance with The Cove, which was my first film, I didn’t even know festivals gave awards. And if you’re making documentaries to earn money they’ll give you much more favorable odds gambling in Vegas. Like so many docs, The Cove was made to try to solve an issue. The film is out there doing its work, dolphin killing is down some 2/3 in Taiji. If you didn’t see The Cove or Blackfish and get the message from that that dolphins, who have bigger and more sophisticated brains than us, shouldn’t be doing circus tricks for our amusement — in just the last year your investment in SeaWorld has lost half its value. Films can be a very powerful weapon for social change and in that way, documentaries can slay like no other medium.

Still, The Cove is a hard film for most people to see. I would estimate that for every person that has seen it there are at least 10 that can’t bring themselves to see it for a host of misconceptions. I was the same way about watching horror films. I don’t like the genre so for years I didn’t watch Hitchcock — because of my misconception about his films. While making The Cove and seeing the footage we came back with from Japan, I figured we were going to make a film in Hitchcock’s wheelhouse so I went back and saw all his amazing classics I had avoided, like Rebecca. All the horror is set up in the mind of the audience by creating a mystery with lighting, music and an aura suspense. We took Hitchcock cues and did the same thing with The Cove — perhaps a little too well. Our shower scene was too heavy for most people, or their perception of it. Like Hitchcock we never showed the actual penetration — you saw the horror around it, even heard the screams but we were careful to always have the penetration masked by water. But still, we left a lot of audience too behind and I didn’t want to make that mistake on the next film.

The same team that made The Cove is back with our new film Racing Extinction (RE) and it’s also an eco-thriller, but I wanted a film that would be more popular. I wanted to take the world’s most pressing problem and try to make it a film that I would want to see — that everyone would want to see, lovers on dates, kids, and teachers who would demand to play for their schools. It’s still a challenging film but it’s more Pulp Fiction than Reservoir Dogs. RE is a much bigger film than The Cove, its scope is epic. It feels like a Bond film, because much of what we do at OPS is spycraft: we go undercover to exotic locations, create incredible tech toys and try to bust bad guys doing horrible things. I think a lot of people will come to the film just to see the car we built; it’s a work of art, like a Bond car for the environmental movement. Our partners at Obscura Digital in San Francisco created these incredible features for a car that was already rated the best car ever made. They took a Tesla model S and added an electroluminescent paint job — it’s the first car in the world to have one. You can actually change the color of vehicle at the flick of a button, so it can go into stealth mode. They installed a military grade FLIR camera that rises out of the “frunk” so you can see carbon dioxide and other greenhouse gases and project real-time images. Out the back hatch you can deploy a 16,000-lumen projector on a robotic arm; it’s so powerful you can project images from the FLIR on skyscrapers. It has some other features that are best left unsaid for now.

I wanted the audience to feel the excitement of what’s it’s like to go undercover in dangerous locations, to actually see the hidden world of greenhouse gases and I wanted the film to be as exciting as a Hollywood tentpole movie. And above all, I wanted to empower everyone in the audience themselves to do something extraordinary. We are living in a time like no other, where our generation is the last one that can change this destructive path we’re on. Humanity is now wiping out species faster than scientists’ ability to record they are even here on the planet. We need real heroes to save the real world and Racing Extinction dares to awaken the hero in all of us. RE is an ambitious film, hopefully one that will not just entertain but inspire the audience to achieve the greatness that may be dormant in their own lives; we’ll find out soon whether it delivers.