Me and Earl and the Dying Girl, The Wolf Pack Top 2015 Sundance Film Festival Awards 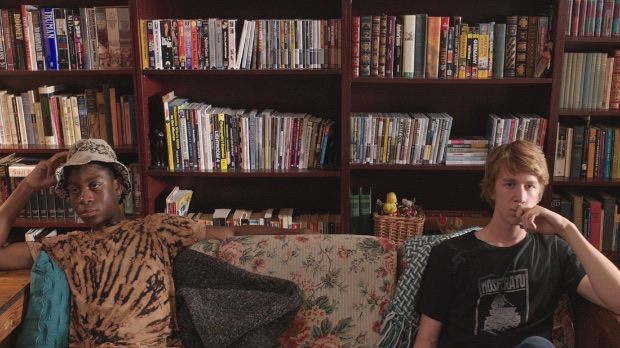 In a ceremony tonight hosted by Tig Notaro and filled with special jury awards, Me and Earl and the Dying Girl and The Wolf Pack took home the two top prizes — the Dramatic and Documentary U.S. Grand Jury Prizes. The former is an Alfonso Gomez-Rejon’s adaptation of Jesse Andrews’ young adult novel, a film that picked up steam throughout the festival as word spread about its fusion of slacker comedy and heartfelt emotion. Fox Searchlight won a bidding war for the film. The Wolf Pack is Crystal Moselle’s bizarre and troubling documentary about six kids who find escape through cinema during a childhood spent imprisoned indoors. The Wolf Pack was bought by Magnolia Pictures during the festival. Interestingly, both winners feature characters or subjects making homemade version of arthouse films.

Among the special jury awards, which are typically just that — decisions by the juries to create prizes recognizing specific aspects of filmmaking — were awards for “collaborative vision” (Advantageous); verite filmmaking (Western); social impact (3 1/2 Minutes) and “unparalleled access” (The Chinese Mayor). Two of Filmmaker‘s ’14 25 New Faces, Lyric Cabral and David Felix Sutcliffe, won a special jury award — “Breakout First Feature” — for their riveting and confounding tale of investigatory entrapment and overreach in the American Muslim community, (T)ERROR. Also from this year’s 25 New Faces, the winner of the U.S. Dramatic Directing Award, Robert Eggers, for The Witch.

A complete list of the awards follows, and Filmmaker‘s Sundance coverage can all be found here.

U.S. Dramatic Special Jury Award for Cinematography: The Diary of a Teenage Girl.

For the Sundance Short Film Awards, given earlier in the week, visit Sarah Salovaara’s coverage here.