“Sometimes You Have to Put Your Camera Down”: Director and Producer Hanna Polak on the She Does Podcast 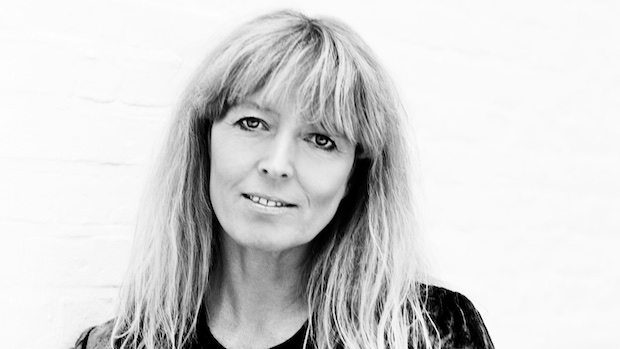 by Elaine Sheldon and Sarah Ginsburg
in Filmmaking, Interviews, Producers, Production
on Apr 22, 2015

Hanna Polak, She Does Podcast

Hanna Polak, a Polish director and producer, has the stamina and guts that most filmmakers would envy. And now audiences at film festivals around the world are experiencing her dedication through Something Better To Come, a documentary that Hanna shot over the span of 14 years. The documentary follows the lives of Russians living in a massive garbage dump, located 12 miles from the center of Moscow. Hanna filmed many people living in the garbage dump, but one person in particular stood out: a young girl named Yula. We watch Yula grow up on-screen, experimenting with hair dye and makeup, foraging for food and shelter, as well as witnessing some firsts: trying her chances with alcohol, cigarettes and young love. Hanna previously directed the short film, The Children of Leningradsky, which explores the lives of homeless children living in Moscow train stations. The film received an Oscar nomination, an International Documentary Association Award for Best Documentary, two Emmy nominations, and the Gracie Allen Award, given by Women in Radio and Television. But there are many moments when Hanna puts down her camera and serves as an activist. In 1997, as part of her work in Russia, she founded and later collaborated with Active Child Aid to help support the children of Russia and in 2006 she was awarded the prestigious Golden Heart Award. Hanna shares the challenges of shooting and editing a film for 14 years, as well as a special memory with documentary pioneer, Ricky Leacock. Doc fans: this episode is not to be missed.

Editing a documentary film is like solving a giant puzzle.
I have a comparison to huge puzzles because material from 14 years is hundreds of hours of materials, some big some small, and you have no idea where they fit. You don’t have the final picture. You don’t know what you’re building. And out of all of these materials you can make many pictures, but you try to make the one. Sometimes you almost have it there, like a draft, and many of the puzzle pieces fit and then you find one small puzzle piece and you put it in and it changes the picture and you see you have to change many, many things.

On the difficult but rewarding experience of working on a big, complicated project.
I personally think it’s the most difficult profession in the world, to make a film to make a good project. Sometimes you get something fast and easy, but I think many of the great pieces of art were created with a lot of pain, effort, and stress. And I think it goes for every art, for music, sometimes it’s given and it’s easy, but sometimes you give birth to something and it’s this terrible pain. But also I think it makes you stronger and you know how far you can push the boundaries. How much of the things you can find in yourself.

Deciding when not to shoot is just as important.
I had quite a few instances in my life where I couldn’t turn on the camera. Maybe sometimes you don’t need to film. Maybe you sometimes have to put your camera down and let things go because you’re also killing something with the camera if you’re shooting all the time. You’re not allowing for this other part of your relationship (with your subjects) to flourish, to take place.

Camera Stabilization Tips From Ricky Leacock and Valerie Lalonde
I remember when I was invited by Ricky Leacock to visit him. I knew him very well and he told me, “Before I die, you have to come and visit me.” And I said, “I promise.” But I couldn’t keep the promise for a long time. One day I organized my trip. He was living on the 4th floor of the high ceiling, old French building in the middle of Paris. Ricky told me how he used to keep the camera against his head, pressing very hard because he felt it’s the most stable thing God gave you is your head, because this is where you have your eyes. It’s not your shoulders. And Valerie Lalonde (Ricky’s wife) said, “Well I keep my camera on and very close to my tits.” And Ricky said, “Awww how lovely.” This was such an amazing, sweet moment of love between these two not young people.