“KEVORKIAN” AT STRANGER THAN FICTION

by Mary Anderson Casavant
in Festivals & Events, Filmmaking
on Jun 9, 2010 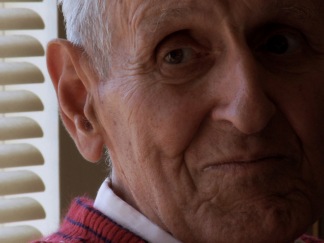 Do not ask for whom Kevorkian tolls, Kevorkian tolls for Stranger Than Fiction. Last night, the spring season of the IFC series came to a close with Kevorkian, Matthew Galkin’s profile of the controversial right-to-die-activist’s recent run for Congress.

During the nineties, Kevorkian assisted in the suicides of over one hundred people, becoming the center of a media fire storm, a storm he stoked by sending a tape of himself injecting a terminally-ill man with an overdose of drugs to 60 Minutes and then daring prosecutors to come after him. They took him up on his offer.

Determined to provoke debate on euthanasia, Kevorkian fired his longtime lawyer and insisted on representing himself during his murder trial. He stoked debate, but mainly on whether or not he had lost his mind. The jury convicted him of second-degree murder, and Kevorkian went to prison. After more than eight years behind bars, he was released on parole.

Why such a seemingly brilliant man would behave in such a self-destructive manner is the central question of Kevorkian. More of a portrait of a man than of the political issue that shaped him, it’s clear from the start that Galkin is on Kevorkian’s side. He stacks the deck rather heavily in Kevorkian’s favor by opening with the footage that Kevorkian took of his patients pleading with him to help them.

To Galkin’s credit, this footage is used sparingly, mainly to illustrate the source of Kevorkian’s outrage. These people, all desperate for someone to alleviate their unrelenting pain, are the humanity at the center of Kevorkian’s almost maniacal quest.

Not that the film is simply a love letter. It doesn’t shy away from the fact that Kevorkian’s behavior could be reckless at times, a point driven home by interviews with his deliciously self-important lawyer and several scenes of him dismissing the questions of potential voters with a sneer. Kevorkian draws a convincing portrait of a truly original American hero in all his cantankerous glory, a man who is more than just spoiling for a fight – he is the fight.

I spoke to Galkin before the screening.

Filmmaker: The archival material of patients pleading with Kevorkian to help them is devastating but also potentially exploitative.  How did you approach it?

Galkin: Without question, that was one of the most challenging things cutting the film. You have this material, and it is probably the most direct and visceral way to show what Jack did and what he found himself witnessing during that decade, but you never want to overuse it because it becomes pornographic… We had access to everything he had ever done. It was very challenging to sift through all of them, but by sifting through all of them we were able to get the most emotionally compelling.

Filmmaker: Kevorkian is very compelling, but he does not have a so-called arc, mainly because it’s clear he will never change. How did you approach his lack of arc?

Galkin: Jack is fully formed and flat-lined. He is just myopic. He just digs through in a straight line. When he started his congressional run, as soon as I found out he wasn’t going to do any fundraising, I knew he was going into a self-sabotaging pattern again…He has never learned from his own history, which is one of the most compelling things about him.

Filmmaker: Were you worried about making Kevorkian seem sympathetic?

Galkin: It certainly didn’t affect the way we shot. Indirectly, it may have informed some editing decisions, but Jack is Jack. You sort of can’t get around certain things. Probably the most complex person I’ve ever met, and we wanted to explore that… He is just a truly a walking contradiction. In the same day, he can go from totally charming, and by the end of the day, he’s barking at you. He’s very strident. He loves to argue, but he’s a terrible listener. He looks at an argument as a chance to lecture…He is everything all at once, which is what we tried to put in the film.

Filmmaker: Kevorkian is notoriously hard on his lawyers. Was he hard on his documentarian?

Galkin: I think that he enjoys the media. He certainly used it somewhat to his advantage in the nineties… One day I dove into regrets, and he didn’t want to go there. I was compelled to keep going as much as I could without ruining my relationship with him forever…His absolute refusal to go there became the almost central thing to the film. He can’t go there. His evasiveness to go to that place is one of his defining characteristics. To go there would be to admit that he is self-aware in some way.

Filmmaker: Although a film about a political campaign, you don’t really explore the other side of the issue. Was this a conscious decision?

Galkin: We knew from day one that this was going to be more of a character piece than a study of the issue…There is no debate within the film itself about euthanasia. To me, it is totally one hundred percent justifiable. I had no interest in making a film about that battle. Whether Kevorkian is the right messenger, I am not sure. I am glad the debate exists. I am glad he started it. Hopefully you will still be left thinking about it, but we had no interest in starting the debate.

A graduate of Amherst College, Mary Anderson Casavant was selected as the 2004 Academy of Television Arts and Sciences Documentary Intern. Since then, she’s held almost every freelance job that exists in documentary television, including being the coordinating producer of the Emmy Award winning second season of This American Life. Her feature screenplay, Judgey, was a finalist in the Final Draft Big Break contest and a semi-finalist for the Tony Cox Screenwriting Award. She lives and works in New York City.