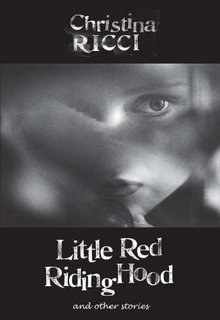 If you’re not familiar with David Kaplan’s work this is a good CliffsNotes on his talents, which caught our eye back in 1999 when we made him one of our 25 New Faces of Independent Film.

With the main focus put on his 1997 Sundance short, Little Red Riding Hood, a black and white-shot adaptation of The Story of Grandmother folk tale, the disc also includes two other shorts, Little Suck-a-Thumb (1992) and The Frog King (1994). Kaplan’s Riding Hood telling is a mix between Tim Burton and Guy Maddin with a little toilet humor sprinkled in with narration voiced by Quentin Crisp and stars a then 16-year-old Christina Ricci as a not-so-innocent Red. Along with being a calling card of Kaplan’s love for fairytales and his original cinematic eye, the film has turned into a cult classic, even being used as part of the curriculum at Harvard, Oxford and Columbia.

The forklore theme is prevalent in all three works (as well as his first feature, 2007’s Year of the Fish, which is a modern-day telling of Cinderella), with Little Suck-a-Thumb playing off one of Heinrich Hoffmann’s popular Cautionary Tales that’s to prevent kids from sucking their thumbs and The Brothers Grimm’s classic The Frog King about a princess who finds a frog who turns into a prince. Along with telling engaging stories, which have many more meanings than the ones described above, Kaplan also uses amazing music in all of the shorts, including “Prelude to the Afternoon of a Faun” in Riding Hood and “A Night on Bald Mountain” as well as “Ave Maria” in Little Suck-a-Thumb.

Mixing childhood curiosity with adult sensibilities, this is a must have for film lovers and filmmakers alike.