Hands on with GoPro Rigs from PolarPro 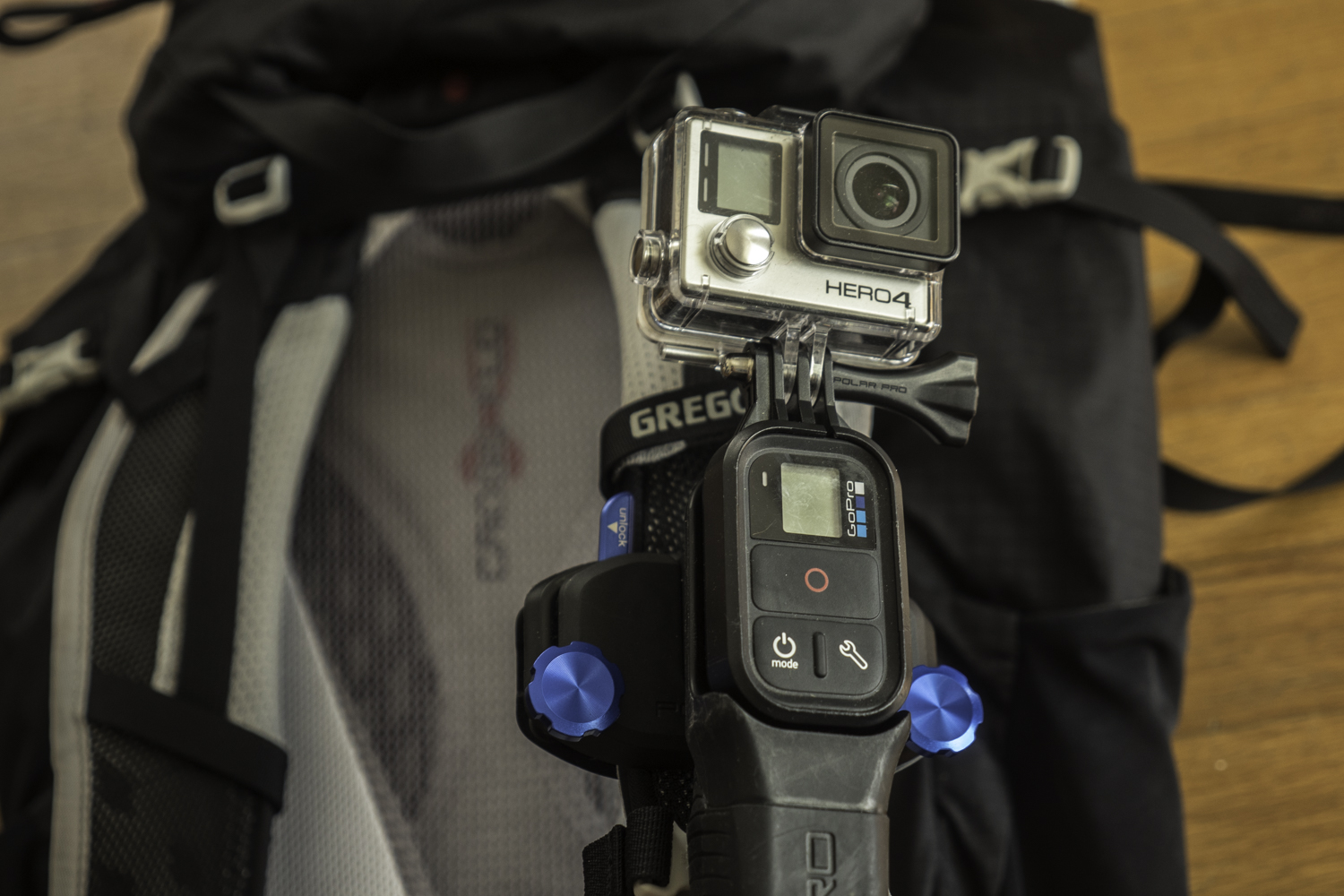 by Joey Daoud
in Cinematography, Filmmaking
on Jan 11, 2016

One of the little gems I stumbled on in the far reaches of the central hall at NAB last year was Polar Pro, a company that’s been putting out clever GoPro rigs (among other things).

I got a chance to put some of their gear to the test on a recent climbing trip in Arizona. Here are my thoughts.

The ProGrip is a handy mount for the GoPro and remote, making handheld shots a little more stable and adding easier access to control of the camera with the placement of the remote. I loved it.

The handle feels great in your palm. While it’s not a selfie stick, it adds a little reach for the camera to get some distance if you want to get a shot of yourself.

But mostly I would have the camera set up facing the other way than pictured and use the grip as a shooting rig. My thumb falls perfectly on the remote, so if I wanted to grab a shot I’d just pull up the grip and start recording. Super easy control of the camera.

If you have a LCD screen or the HERO4 Silver it makes it even more functional. The grip adds a nice bit of stability that you don’t get with just holding the edge of the case. 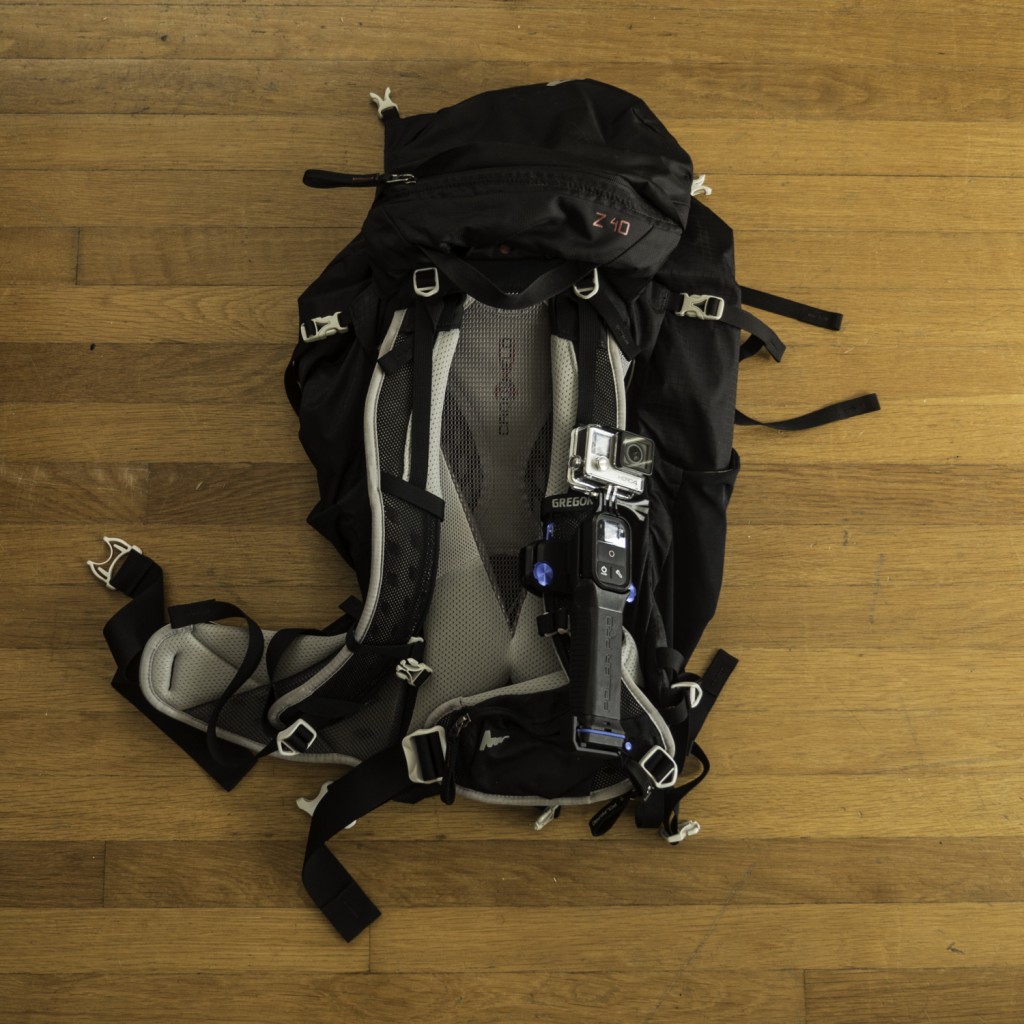 The remote mount can also pop off. Handy if I needed to throw the camera in my pocket. The bottom of the grip handle has a latch to pop open. Inside is a little waterproof area to store batteries (HERO 3 batteries only. I couldn’t get HERO 4 batteries in there). While a nice concept, it was more of a pain because the plastic latch would keep opening on me since I usually had the grip hanging from my climbing harness.

The second part of this combo set is the mount. The screw-on rig clinches to a strap on your backpack, BCD device, or any bag strap. While I really liked the concept of this, I ended up not using it. I put it on the strap of my bag while hiking, but it just kept digging into my chest and I couldn’t find a comfortable position. I ended up tying a knot on the wrist strap to take up some slack when it was clipped onto my harness.

That said, you don’t have to buy these together. I highly recommend the ProGrip. It adds some nice run and gun functionality to a camera that I don’t normally use for that. 90% of the time now I have a GoPro on the grip, ready to go. 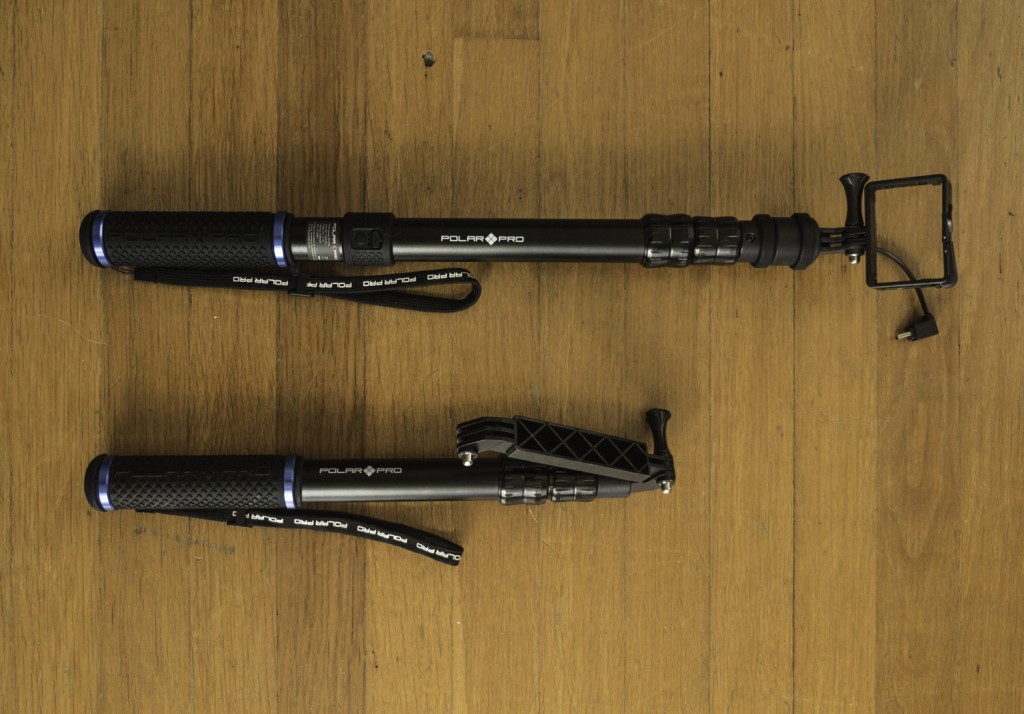 These two are Polar Pro’s take on the extension pole or “selfie stick.” PowerPole has a built in battery and USB ports to plug in and charge up your GoPro on the go. The NoShow has a little extension arm at the end to assist in framing out the pole during selfie shots.

I didn’t find much use for the PowerPole — I didn’t even bother bringing it with me. Compared to the NoShow, it was way heavier, didn’t collapse as small, didn’t extend as long, was not waterproof, and basically inferior in every way. Polar Pro seems to have agreed, because in the time that they sent me these models and when I actually got to use them, they discontinued the PowerPole and replaced it with the very impressive looking PowerGrip. Think of the PowerPole and ProGrip having a baby. It has the same USB power options but it’s actually waterproof to 100′.

But as far as extension poles go the NoShow is really good. Great build quality, light, good extension, and the extended arm adds some angle options. 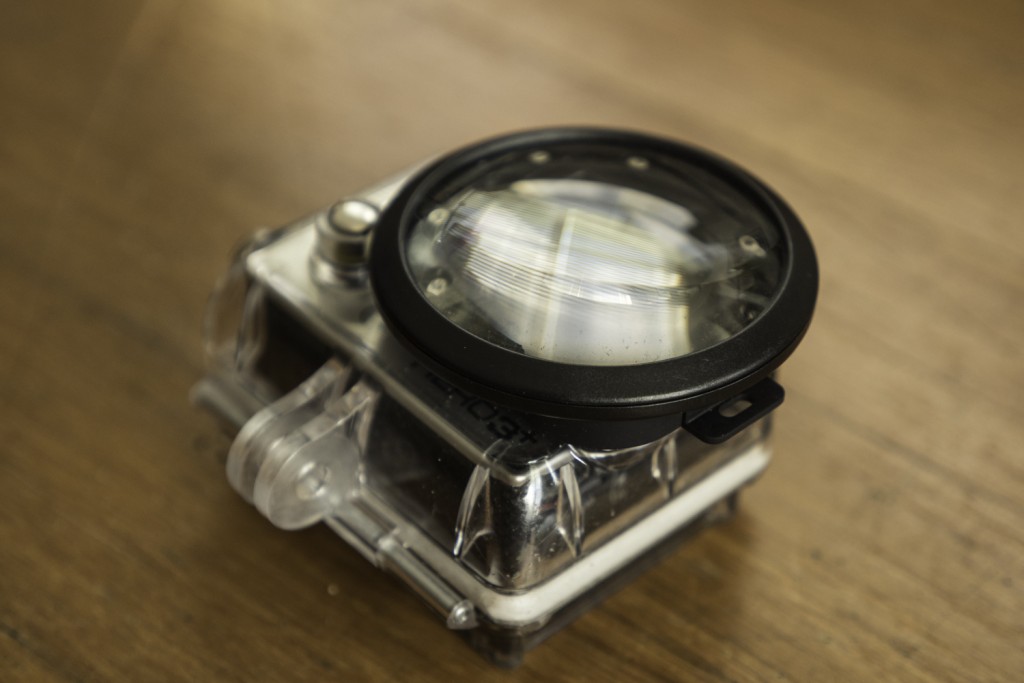 There are a bunch of these out on the market. I haven’t had a chance to play with a lot of them, but Polar Pro’s was solid. Felt secure on the housing, focus was pretty crisp. Here’s a screen grab from some timelapse video. 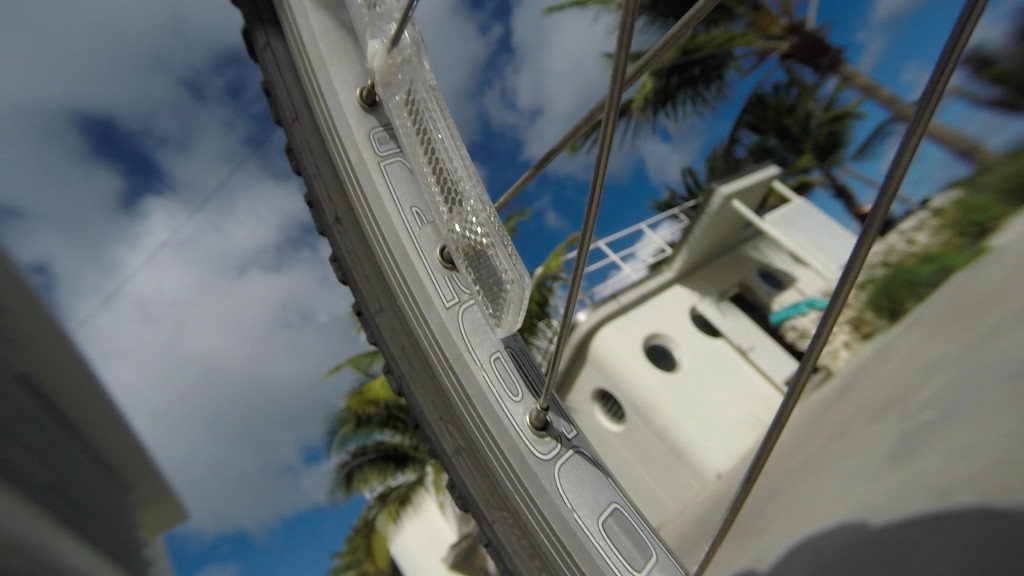 The items mentioned above were sent to me for free by Polar Pro for review.