Long-Term Care: How to Archive Your Film 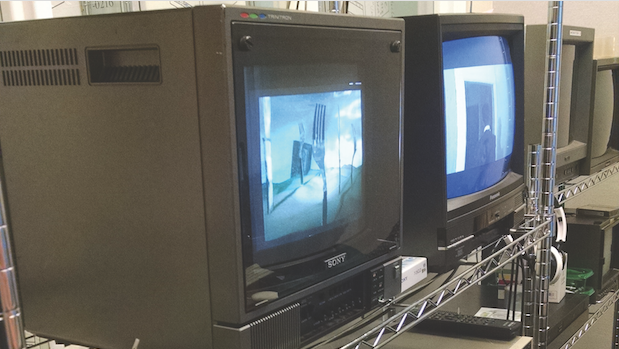 Your film is done. Audiences have laughed and cried while watching it. You got a week-long run in New York and Los Angeles. Soon your aunt in Springfield will be able to watch it on Netflix and have a strained telephone conversation about how “interesting” it is. On to the next project!

Not so fast. You need to archive your film now. Put down your storyboard for your next picture and help preserve your old one first.

The Film Foundation estimates that “one half of all films made before 1950, and over 80 percent made before 1929 are lost forever.” Reasons vary from the bleak commercial prospects of silent film in the sound era to the cost of proper archival storage. The silver content in the physical film print was seen as more valuable than whatever film it held. We collectively lost an important part of our culture and a capsule into the origins of the art that we all hold dear.

With the rise of digital filmmaking, the neurotic part of myself worries late at night that we’ve entered a similar archiving dark age due to the breakneck speed of innovation and the immaterial nature of digital media. Between hard drives and the cloud, what are the best practices to ensure that your project isn’t lost?

Gene Fredericks is consulting with the New Orleans Video Access Center (NOVAC) on developing a digitizing facility to help archive over 40 years of community-created media. Community film organizations such as NOVAC, Bay Area Video Coalition and DCTV in NYC are also doing this work to preserve the content created by underrepresented communities.

Fredericks has been in the business of archiving video work for decades and rattles off an alphabet soup of antiquated tape formats as he gives me a tour of the office where he has shelves of beige tape decks connected to sleek new iMacs. His archiving polices are sound practices for any filmmaker:

•Use a wide variety of different formats that will stand the test of time.

•Consider what your needs are depending on your project. A documentary filmmaker might have journalistic obligations where she is forced to keep a lot more of her footage vs. a narrative filmmaker where she just wants to keep a rough work print and the final cut.

The physical location of your film is paramount. If you live anywhere near the coast, you’re a strong storm away from a flooding event. Midwest? You know how to prep for a tornado. Fredericks suggests keeping three different backups in three different physical places: “You should prepare for two natural disasters and one unnatural, and, yes, that includes ghosts.” The joke about ghosts is a real concern: sometimes things just break. You need to find a dry, climate-controlled space where you can stash your archive, which could range from a high-end storage unit to the drawer in your childhood bedroom.

There are also several larger organizations that are looking to help you store your archives. If your film played Sundance or was supported by any of its artist development programs, the Sundance Institute Collection at the University of California, Los Angeles Film and Television Archives will store your film free of charge and provide video copies for researchers.

Didn’t play Sundance? Need help finding an archive? IndieCollect (www.indiecollect.org) is an organization dedicated to not only archiving independent American cinema, but they will also help you locate long-term archival storage for your film. Thanks to a Ford Foundation startup grant, their future goals are ambitious: an index collecting every American independent film and online streaming of archival titles.

What if your backups could be everywhere you needed them to be? Cloud-based storage offers users that possibility. A brief explanation for both you and Rocky Balboa: The cloud is a mirrored backup of your files that exist on both your local hard drive on your computer and at a remote data center. With the proper credentials, you can log onto any device and access those files. In the event that one of your personal devices becomes inoperable, the mirrored files at the data center can be loaded onto a new device. Popular culture misunderstands the security and stability of cloud-based computing, worrying that work might just “evaporate” from the cloud. This is a mostly baseless concern; data centers perform nightly backups to other servers in order to minimize downtime. However, you still need to worry about the ghosts of the previously mentioned paragraph: things break, and nothing is ever guaranteed.

Let’s begin talking about format with the best possible but most impractical one for an independent filmmaker today: 35mm or 16mm film stock. Once struck, it can be kept in a climate-controlled space and last over 100 years. Unfortunately for today’s independent filmmaker, however, the cost of archiving on film stock can be prohibitive. Film is also only good for storing final exhibition format. If you want to save rough cuts or raw footage originating in a digital format, it would be extremely cost-prohibitive to back all of that up on stock. Additionally, if you’re shooting on a digital camera, it is questionable if there is any sort of perceived loss of quality. Nonetheless, film prints are the preferred format of choice for the Library of Congress, and any major film lab like Deluxe Technicolor or FotoKem can strike a new print.

Digital video tape, such as HDCAM, DigiBeta or D5 Tape, is a great alternative to film stock and a solid way to archive the final cut of your film if stored in a climate-controlled environment. The drawback to these tape-based systems is that it is becoming more difficult to find someone who can either create or transfer the files. Recently, filmmaker Zack Godshall was looking for a postproduction facility to transfer an HDCAM tape of his 2007 film Low and Behold. The HDCAM tape hadn’t been kept in any special archival storage — just Godshall’s office at Louisiana State University. The most difficult part of the process was finding a postproduction house in Louisiana that could transfer the tape to a digital intermediate from which new digital copies (Blu-ray and DCP) could be sent out to theaters. Again, a lab like FotoKem has the equipment and expertise, but the costs involved may be prohibitive for many filmmakers.

Another tape-based format is linear tape-open (LTO) magnetic tapes. Magnetic tape has been in constant use for almost 60 years as the preferred method of storing data for large organizations, such as corporations. The 21st-century version of tape is called LTO, and cartridges run anywhere from 800GB to 6TB. Tape cartridges are cheaper than hard drives: a 6TB cartridge retails for around $35 on Amazon, while a new HP tape deck will be around $3,500. If you’re archiving a lot of data, the tape deck will eventually pay for itself due to the reduced cost of media. If not, the LTO tape decks are far more common than video tape decks, so finding one shouldn’t be that difficult. New software advances even allow the LTO tape to function with a file-based structure, which is a recent development.

Hard drives are the frighteningly large elephant in the room. A traditional hard drive with moving parts will last three to five years before experiencing drive failure due to regular use. You should commit to replacing those drives every two to three years. A hard drive sitting unconnected will last longer, but much like a car, you should start it up every now and then to make sure the oil in the fluid bearing doesn’t dry out. Moving parts are generally considered bad for data storage, so plan accordingly.

A solid state drive (SSD) will last much longer than a regular hard drive because it has no moving parts. How much longer? We don’t know exactly since the technology is so new. In regular use, these drives have shown to have more longevity. I would still replace them every couple of years, however. An issue with using consumer technology is that it is always rapidly changing: ask any Apple user about their old FireWire hard drives.

If you want something more compact, a USB 3.0 flash drive will also function very similarly to a solid-state drive, since it uses flash memory and has no moving parts. Flash drives are also smaller and more expensive per amount of data than SSDs, but as time goes on, their data capacity increases and costs come down.

If using any sort of hard drive solution, there is also the question of how your files should be encoded. Many archivists prefer uncompressed audio and video. This will create huge files but there will be no loss of quality that a compressed codec might introduce. I have a personal preference for Apple ProRes 422 HQ or 4444, but it is frowned upon to use proprietary codecs due to uncertain future support. There are many paranoid people out there who are convinced that Apple will one day discontinue ProRes. I personally think that’s a little nutty, but then again, talk to your buddy with the thousands of dollars in FireWire drives. Other suggested codecs are MPEG2, H.264, or creating a JPEG2000 image sequence, with the most popular of these being H.264, otherwise known as the codec that is the backbone of Internet video. While I have concerns with H.264 in cinema environments (you’re never really sure what the blown-up image will look like on a cinema screen), it is an attractive compressed codec because of the small size and the widespread adoption.

Now that I mentioned JPEG2000, I should address the other elephant in the room and tell you that DCP is not a good archival format because it requires very specialized and expensive hardware for playback. It is also a rapidly changing format, so who even knows how DCPs will change in the next five, 10, 20 years. However a non-XZY color-corrected JPEG2000 image sequence and an uncompressed audio file are essentially the quality of a DCP.

This leads to the one other format of last resort: disc-based media such as DVDs and Blu-rays. Manufacturers have suggested that both formats can last anywhere from 30 to 100 years before information degradation, which I personally think is misleading. How many of your burned CDs from your Napster days still work? If creating disks, make sure to check them periodically and perhaps even have an ISO disk image backed up on another hard drive somewhere.

The last thing you need to consider when archiving your project is what assets to keep and which ones to trash. You could save everything, but as a narrative filmmaker, do you really need all of the other 36 takes you took of the opening sequence? Probably not. Do you want to keep an earlier cut of the film? Go right ahead.

A documentary filmmaker can have different —  journalistic — obligations where she must keep all of her raw unedited interviews for either historic or legal reasons. You don’t plan on editing a new cut, but it is important to store the historical record for future generations, including other filmmakers who may make similar projects in the future.

It may seem strange to think about it, but every project you create is contributing to culture at large. You have obligations as a filmmaker and as a member of this culture to preserve your work and the work of others.