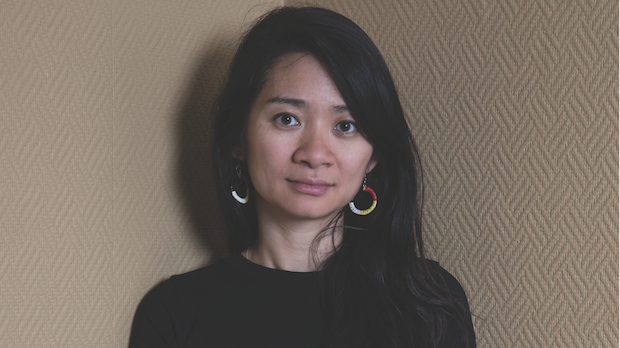 When Filmmaker interviewed Chloé Zhao in 2013 for our 25 New Faces series, the Beijing-born writer/director said she was inspired by her childhood in China to set her first feature within the Native American community at North Dakota’s Lakota Pine Ridge reservation. “There are lies everywhere,” she said. “You felt like you were never going to be able to get out.”

That feeling of struggle, and of a desire to escape, suffuses Zhao’s evocative Songs My Brother Taught Me, a Sundance Dramatic Competition entry that receives its New York premiere this spring at Film Forum. Her teenage protagonists — Johnny (John Winters) and his younger sister Jashaun (Jashaun Winters) — grapple with some of the usual challenges of youth and others specific to a community that lives separated from mainstream American culture.

Zhao developed the film for years, writing 30 drafts of the screenplay between visits to the reservation. She was discovering fascinating people to base her characters on, but at a certain point, she says, “I couldn’t wait anymore. The people I met, their lives were so unpredictable. I was losing them to prison, so me and a small team just went ahead and did the film.” That acceleration meant paring her script down to a treatment and trusting she’d discover narrative material in the moment. She says the final film is about 60 percent narrative, 40 percent documentary, and surprisingly pretty close to the story she originally scripted out. Most important to her was to capture the particular rhythm of life on the reservation — not the rhythm of an artificially paced, three-act-structured screenplay, but one where “nothing happens for a long time and then, suddenly, out of nowhere, there will be something tragic, something crazy.”