“What it’s Like to Lose One’s Sight”: DP Gerry Floyd on Notes on Blindness 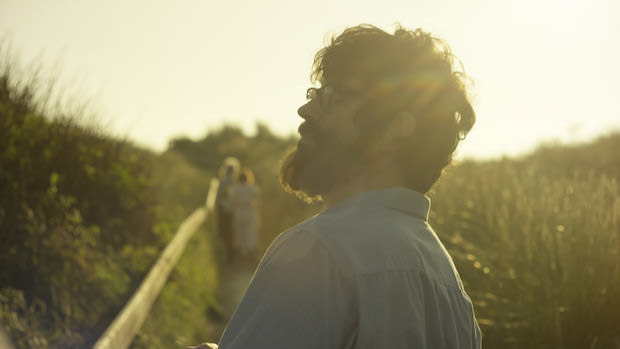 An entry in the New Frontier program at Sundance 2016, Notes on Blindness began in 2013 as a four-minute short from writer/directors Pete Middleton and James Spinney. The film attempted to capture the sensory experience of blindness through the audio diary of John Hull, a writer and theologian who had lost his sight. The following year, Middleton and Spinney adapted Notes on Blindness into a longer New York Times Op-Doc. Now, they have adapted this story to a feature length. Below, Notes on Blindness DP Gerry Floyd speaks to how he and the directors sought to offer a “sensory insight” into blindness.

Floyd: We were trying to make a film which would give the viewer a sensory insight, both visual and aural, into what it’s like to lose one’s sight. Trying to push concepts of “light” and “dark” and “whose point of view” were central to our approach. Extreme close ups were also used to emphasize a heightened sensory awareness.

Floyd: The films of Andrei Tarkovsky, particularly the earlier films – Solaris, Mirror and Stalker – were something of a touchstone for me.

Floyd: We had a number of scenes which involved managing large quantities of water which were expensive and required careful design and planning.

Floyd: We shot on a RED Epic Dragon and were fortunate that Archer’s Mark, the production company, owned one! We used Bausch and Lomb Super Baltar lenses.

Floyd: On location we were as small and compact as possible, frequently using available light. In the studio we wanted to create a somewhat warmer, intimate feel.

Floyd: Unfortunately I couldn’t be around for the final grading of the film, but we had generally decided on certain “looks” for different strands within the film whilst shooting. This gave a good idea to the colorist of which way to go in post.