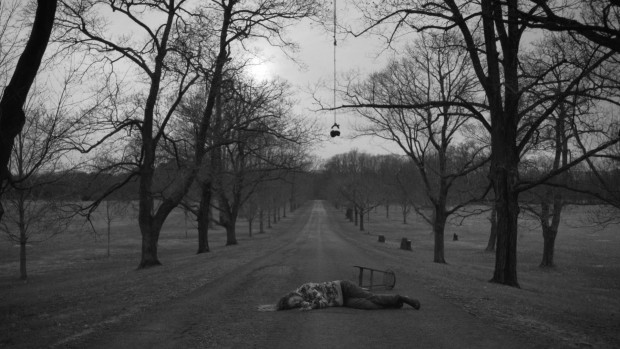 by Scott Macaulay
in Directors, Interviews, Producers, SXSW
on Mar 13, 2016

In November, 2014, Dan Schoenbrun threw down a provocative artistic challenge on Kickstarter. The former IFP-staffer, sometime Filmmaker writer, and current Film Partnerships lead at the crowdfunding platform conceived of an anthology film that would charge a stellar group of up-and-coming directors with adapting each other’s nocturnal visions. Each director would write down a dream and give it to Schoenbrun, who’d then assign it to another director. As you’ll read below, the pairings wound up being more natural and forced, with the intent being not a VHS-style horror anthology but rather a more diverse film unlocking all the meanings dreams, and their telling, provoke in us. Below, Schoenbrun answers a question about the anthology as a whole while each director lets us in on their first reaction to the dream they were assigned.

Filmmaker: Anthology films are notoriously hard to pull off. Their production is necessarily fragmented, yet at the end one hopes they form a complete whole. What were the challenges you faced in moving this idea from a collection of shorts to a feature, and how did you surmount them through sequencing and post-production?

Schoenbrun: The first challenge was a curatorial one — finding the right order for the anthology. That was something I really agonized over. My goal was to arrange the film in a way where each short built on the last from an emotional perspective, while also challenging the viewer’s expectations about what this overall piece should be. For instance, Daniel Patrick Carbone’s short comes first, which is this fantastic, subtle genre piece, almost like an artier, moodier Twilight Zone episode. But I wanted to explode the viewer’s expectation immediately — lest they think they were watching a genre omnibus film like VHS or something. So next comes Josephine’s short, a Malick-esque documentary dance hybrid, basically as far from VHS as you can get. To the filmmakers’ credit, all five shorts are so wonderfully diverse, so it wasn’t too hard to program them in an order that made each feel like a natural fit with what came before. But it was still something that was done with intense care.

The other big challenge was the film’s wrap-around segments (the pieces that carry us from one short to the next). It was such a puzzle. We had these five weird but very different shorts, and we felt we needed a spine to unite them into one holistic experience. But the wraparounds were a delicate beast. We didn’t want them to feel too narrative or to be built from a place of traditional logic (after all, this was a film about dreams). But we also needed to explain the core concept of the film so that viewers were armed with enough information to fully engage with the film, but were careful not to get too behind-the-scenes with it for fear of breaking the film’s spell. It was a tightrope, but thankfully I had a brilliant group of filmmakers up to the challenge. After many long conversations, Carbone and Lauren Wolkstein, who co-directed those segments, zeroed in on Herzog’s Heart of Glass (where he had his actors perform while under hypnosis) as a chief influence, and crafted something that I think is pretty singular. And Vanessa McDonnell, our incredible editor and post-supervisor, struck exactly the right tone with the footage that emerged, crafting something that doesn’t seek to explain or justify the film, but rather expands its strange dream logic.

Filmmaker: What personal connection did you feel — or initially not feel — with the thematic and/or narrative content of the dream you were assigned, and how did that initial reaction shape the directorial and production decisions you made in order to direct this short?

Lauren Wolkstein: The initial feeling that I had when Dan Schoenbrun gave me my assigned dream statement was one of utter discomfort. Frances Bodomo’s dream took place in a PE class, and I was immediately drawn to the visual imagery of gender conformity, which makes me feel really uncomfortable and disgusted. The first image that came to my mind was a boys’ locker room and a separate girls’ locker room. But where do you go if you don’t fit into either of these categories? So immediately Frances’ dream evoked anxiety for me and memories of being in high school and feeling confused by these very separate gender norms. Another aspect of the dream statement that helped shape the narrative content in my film was the idea of a “volcano master” that Frances described as trying to destroy the students, so I was drawn to the idea of master and servant where the master is the gym coach and the student is the servant. And then my approach was about how I could flip these roles by the end of the film, where a genderqueer student takes control of the classroom. Because I wanted the volcanic eruption that was described in Frances’ dream to blow up gender norms everywhere.

Daniel Carbone: When I start writing something new, I like to narrow in on a central theme and a character who has a complex relationship with that theme. My immediate reaction to Lauren’s dream was that it seemed to be about popular culture’s powerful influence over ordinary people. The characters in her dream were in hiding, fearing not only the people around them (the brainwashed populace) but the source of this oppressive influence (a piece of audio). I imagined these protagonists as outsiders in a place they’ve known their whole lives, and wanted to explore the differing ways that people deal with oppression, from tight-lipped acceptance to rebellion. In order to make the audience an active part of this cycle of oppression and relief, the film’s sound design is comprised of various pervasive audio elements. The mysterious and hypnotic effects of sound are the driving force behind the film’s narrative and drive the audience’s moment to moment experience of this world and the people within it.

Frances Bodomo: Josephine’s dream evoked, for me, this feeling of bonding, of love, of trust … but in a world that was uncaring and unfair. It evoked an “icky” feeling I couldn’t quite explain. At the time, I was feeling this “icky” feeling, this juxtaposition of high emotion in an uncaring world—elsewhere: trying to come to terms with rising police brutality death tolls. They kept rising like clockwork, despite a vocal populace, despite direct actions. They kept rising because they were systemic: they were normal. I felt “icky,” and I felt I could only articulate that in my filmmaking. Everybody Dies! is the juxtaposition of an uncaring game show (the great American superstructure) with the lead-character’s (and, hopefully, audience’s) high emotion; the juxtaposition of plastic/canned comedy with the abject violence of systemic racism. So the final film bears little resemblance to Josephine’s dream—save for references to lemmings, a plastic bag, a great return—but it stays true to the “icky,” inarticulable feeling that the original dream evoked.

Josephine Decker: Honestly, I didn’t focus much on the content of the dream… though I am sure that crept in. I felt more like the dream sentences were unfinished — a bunch of almosts… It’s ironic because I almost titled my film “Unfinished: because I felt like the formerly incarcerated men I met had lives that been sort of — broken — part way through — like the sentences in my dream statement. And like all that, I think my film continues to feel unfinished. Tackling any issue of mass incarceration would take years and years — maybe a lifetime — of research and close community collaboration to feel a sense of headway. I feel like I touched the tip of a tiptoe and would love to step fully into that material. So, the dream and me and the film — we’re all unfinished together.

And honestly, I didn’t consult the dream much — I had an initial feeling from it — of expectation and “awaiting” and I let that guide me. I had been dying to make something about re-entry after prison — ever since being held up at gunpoint by a man who had gotten out of jail the day before — and making a dream narrative seemed like the absolute perfect project. The dream I got confirmed my hunch — that everything about collective: unconscious was giving me permission to pursue that material.

Lily Baldwin: Initially I had no hardcore connection with the image or feeling presented by the dream statement I received. I’ve never had a parasite, nor do I drink much milk — and i don’t watch a lot of gory horror films, which the word “parasite” visually connotes (though I do love Shivers and Alien quite a bit). This process was really about bringing something to life that I haven’t thought much about. And in this fresh territory, I didn’t feel obligated to a sense of regular protocol — which was a good thing — and ultimately enabled me to do something I’ve never done before, which I’m always keen on. The last clause of the statement was “filled with regret,” which was a super meaty twist for me in writing the script: Perhaps the main character, Sam, of Swallowed , liked her parasite…?

Given that I had no personal connection to the imagery I was given, and I was told I could make whatever I wanted, I let go of needing to make sense. I wanted to really inhabit feelings in a scene — rather then tell story — and treat each scene from the inside out, almost from the POV of the parasite. I built a story around the dream statement — getting us there and then taking us from it – that was my approach to narrative inSwallowed.

Basically, this idea of “parasite” and the premise of “make whatever i want”, allowed me to explore more uncomfortable terrain, and this was hugely liberating. I wanted to be the opposite of tentative. I’m sick of dance being about pretty grace. I want dance to also be about grotesque grace. I also wanted to see if I could give the experience of dreaming to the viewer while the watched my film — which is what the final scene is about — revealing that the story we have been watching is the dream of another woman.

I like this idea of “art horror.” I worked extensively in post production with my composer Mark degli Antoni and sound designer Jay Nierenberg to put the viewer inside the film, as if to feel what our protagonist Sam is feeling.