The Hidden Playbook of the Modern Horror Film 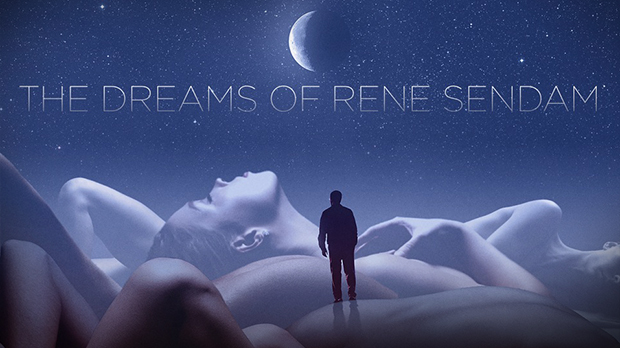 Horror films are designed to maximize the experience of fear, terror and subjugation. They are unique among films in their physical impact on the audience: sending brains into a fight-flight response, resulting in muscles tensing, hair standing on end, screaming, and startled jerks and jumps. [1] How is this remarkable achievement accomplished? By following what might be called the “Horror Film Playbook,” which — once understood — becomes almost embarrassingly obvious in many popular modern horror films. More important is the sad fact that key components of the Playbook still rely heavily on misogynistic tropes, as filmmakers target the predominantly (adolescent) heterosexual male audiences of horror/slasher cinema. [2] Below are the key “plays” to be found in most popular horror films.

1. The Sado-Masochistic Core Play. Some scholars argue that horror films are essentially a sadistic experience for the predominantly male audiences. In many, female characters “serve almost exclusively for voyeuristic display as victims,” [3] satisfying the viewer’s sadistic urge to watch the infliction of pain, torture and even death. Saw [4] is a good example: the villain, Jigsaw, watches Zepp, who watches Dr. Gordon, who must kill Adam to survive, though both of them are chained and locked in a dirty little room. Each character is a voyeur in this sadistic game, but the ultimate voyeur is the viewer.

Other scholars argue that masochism is the defining aesthetic of horror cinema, as filmmakers force the (mostly) male viewers into a “characteristically female situation” of terrifying helplessness and subjugation [5]. Thus, the audience in Saw eventually completely identifies with Dr. Gordon’s desperate situation, so when he uses a dull hacksaw to cut through his leg in order to escape, it is the viewer’s masochistic urges which are fulfilled. Likewise, in Halloween [6] when villain Michael Myers loses his mask (appearing helpless and lost), the subjugated killer provides the male spectator “an opportunity to empathize pleasurably with another’s disempowerment.” [7] The monster’s suffering becomes a sado-masochistic experience for the male spectator to enjoy.

2. The Defective Male Monster/Villain. Although horror monsters/villains are usually men, they are also usually “defective” men [8] , e.g., asexual (Halloween), transvestite (Dressed to Kill) [9], schizophrenic (Psycho) [10], zombies (Night of the Living Dead) [11], crazy (The Shining) [12], or a frail old cancerous survivor of a terrible car wreck (Saw) [13]. Some scholars argue that the defective male horror monster “is a form of abjection” through which “the male spectator is punished, as he looks at…his monstrous, feminized gender counterpart.” [14] A related view of this “play” suggests that the horror monster represents the pre-Oedipal mother who is “repudiated as stifling, the feminine is repressed, and the social (patriarchal) order is restored. In short, horror films bring the (male) horror film audience in contact with the (fascinating as well as threatening) abject, only to then eject it and redraw the boundaries.” [15]

3. Victims: Women and Weirdos. Victims in horror films are usually female. Those men who are victimized are almost always odd or unusual in some way (not really masculine), and their victimization is commonly treated as “high comedy.” [16] However, female victims are not similarly portrayed as “odd” because “[i]n the world of the horror film, the woman is ‘naturally’ a victim.” [17] Thus, in The Shining, the victims of Jack’s terror are his (normal) wife and his psychic (abnormal) son. And in Night of the Living Dead, all the males that die are portrayed as effeminate or hysteric, like the grown man who causes all the tension in the group hiding out in that farmhouse. In Hostel [18], the first young man to die is Olie, a weird foreigner with a quirky accent, and the second, Josh, is a virgin.

4. Punishing the Wanton Girls. In contemporary horror/slasher films, female victims are often portrayed as more sexually active than in the typical non-horror film. Maybe this is an advance in the cinematic depiction of women, but more likely it provides an easy way to justify killing off these sexually liberated females, who are often “slaughtered like lambs in drawn-out voyeuristic scenes.” [19] One scholar posits that “it is not so much the girls’ [sic] sexuality per se that is ‘wrong’ but the fact that they have sex with other boys. In filmic terms, these girls are useful as titillation, as teasers, and are then, in a classical projective manner, taken to task for it.” [20] No wonder Natalya and Svetlana, the two women who front the villainous Elite Hunting group in Hostel, are killed off: it is they who lured young men to their deaths by engaging in sexual orgies. Cinematically this “play” works well (and provides sadistic pleasure) for adolescent males in the audience whose masculinity would be “most challenged by an active female sexuality.” [21]

5. The Final Girl. The “Final Girl” is the female character who manages to survive all the torture and eventually kill off – or help kill off — the monster. [22] She’s the last victim standing; hence the label “Final Girl.” Mirroring horror film’s abnormal (feminine) male monster, the Final Girl is an abnormal (masculine) female. “[T]he Final Girl tends to exhibit a lack of traditional femininity and a surplus of masculine attributes: an androgynous name, boyish interests, and above all, ‘hero’ qualities of active movement (tracking down the killer), active gaze, and/or employment of phallic weaponry [knives].” [23] However, like Kana in Hostel, most Final Girls’ “success” in escaping the monster/villain is limited, “most of the time only barely surviving her ordeals…sometimes even losing her mind in the process.” [24] In Kana’s case, after her brave escape mid-torture and despairing of her awful disfigurement (one eye hanging out of its socket), she commits suicide. The Final Girl “play” allows (forces?) the male viewer to do the unexpected: identify with a female character and experience a sort of “cinematic transvestism.” [25] With the Final Girl as the masochistic medium, the male viewer is allowed to feel like a woman in utter fear and distress, giving him “a vicarious stake” in the pain that is being inflicted upon her (him). [26]

6. The Camera’s Shifting Gaze. In horror cinematography, the viewer is encouraged to identify with the powerful monster/killer, from whose point of view the multiple murders and mayhem are seen. However, when the Final Girl is attacked, the camera and the audience shift their point of view. Now the audience (and the camera) identifies with the Final Girl and watches the killer. The sadistic gaze shifts to an experience of masochistic pleasure derived from the Final Girl’s pain and suffering. The violence created by the filmmaker now focuses on the viewer and how the viewer will internalize that violence. Through the “mechanical” effects of horror (e.g., the blood and gore, distressing settings, creepy music, high suspense), the camera brings the viewer close to a threatened (and fascinating) annihilation… and then (because the film ends) lets the viewer withdraw to recreate his (normal) boundaries.  [27]

7. The Fantasy of Male Powerlessness. Horror films create a fantasy of “male submission to disempowerment” through identification with female victims. [28] The male viewer “loses control, [is] subjected to moments of terror, surprise, fear, passivity, and … masochistic identification, through a story that for a certain time does not behave the way he wants.” [29] However, the structure of this fantasy only invites male spectators “to play loss of control,” [30] while actually having the effect of confirming the real power of the male audience. [31] Remember that it’s only the abnormal male and the female who are victimized, making any vicarious loss of control less threatening and more pleasurable for the viewer. And no matter what, by its end, “most horror films let the male viewer regain the phantasmatic belief in control that they had denied him initially. Thus, the Final Girl finally obeys the spectator’s (silently screamed) commands: on ‘Run!’ she runs, on ‘Grab the knife!’ she grabs it.” [32] When the curtain falls, the suffering of victims and the monster/villain makes the viewer’s “return to authority all the more powerful” by comparison. [33] This return to reality explains, to some degree, the attraction of the horror film. It allows male viewers to feel more powerful and masculine by comparison with the masochistic humiliation and destruction experienced while watching (and identifying with) the characters in the film.

Conclusion. The contemporary horror film is no longer limited to a small market. For example, Hostel was popular enough that a sequel followed, and Saw, originally an independent film, has had five sequels. More significant is that the sequels of these films became more sadomasochistic with increased violence, blood, and victimization of women and “weak” men. This rising popularity should come as no surprise. In the horror film world, there are clear definitions of what it means to be a masculine man. By contrast, contemporary culture reflects a growing lack of clarity about what it means to be masculine or feminine. Younger males (the primary audience for horror films) find solace and identity in these films, as they “try on” and then reject the feminine through horror’s sadomasochistic devices. When the lights come up, they know what it means to be a “real” man.

[Author’s Note: Without doubt, the playbook of modern horror cinema can and is sometimes used to criticize, reflect or parody our society. Nonetheless, it is important to evaluate the typical horror film and demand answers to these sorts of critical questions: Could there be an effective horror film where the villain isn’t utterly evil? Where the Final Girl is a complex and successful woman? Where there isn’t a string of grisly murders and mass mayhem, but rather the terror of a single act of horror? Where the demographics aren’t focused on adolescent males, but rather on mature and thoughtful adults? My effort to address these questions has, in part, fueled my debut feature film, The Dreams of Rene Sendam. To find out more about this project visit the film’s web page at www.thedreamsofrenesendam.com or the related Kickstarter funding campaign at http://bit.ly/ReneSendam .]