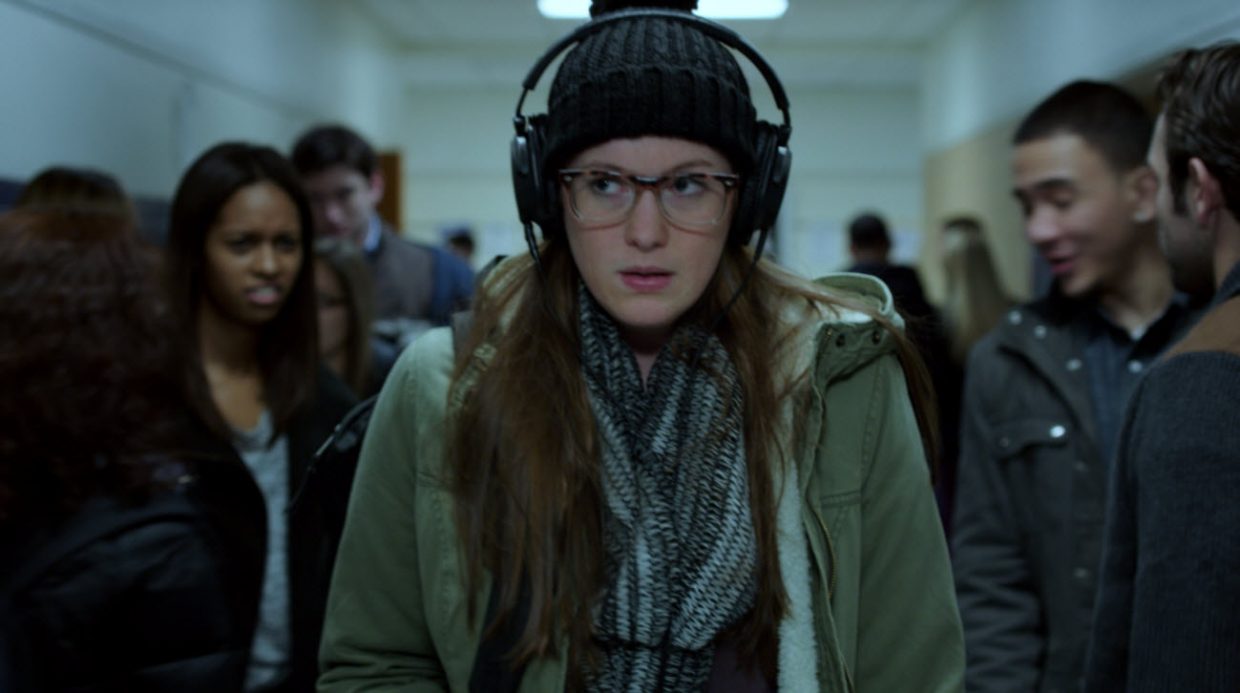 The View from Tall

by Scott Macaulay
in Directors, Interviews
on Jun 6, 2016

Hailing from the Chicago theater community is A View from Tall, a debut independent feature telling a story of teen sexuality and its collision with institutional power dynamics. Directed by Caitlin Parrish and Erica Weiss, and based on Parrish’s play, the film deals with a loner teen, Justine, who is ostracized from her peers because of a sexual relationship with a teacher that became public. She bonds with her therapist, a disabled man with issues of his own.

Since writing The View from Tall, playwright Parrish has become a successful television writer, working on shows like Supergirl and Under the Dome. Weiss is an established director in the Chicago theater scene, who has directed several plays by Parrish, among others, at theaters like Route 66 and Steppenwolf. Their film premieres Monday, June 6 at the Los Angeles Film Festival.

First-time directors Caitlin Parrish and Erica Weiss bring their years of theatrical experience and collaboration to this unique and rare take on female empowerment on the cusp of adulthood.

Filmmaker: The two of you have worked together in theater for over a decade, beginning with Erica directing the play version of The View from Tall, which the film is adapted from. At one point did you decide to develop this as a feature, and how did you make the decision to direct it together, with both of you being first-time directors?

Parrish and Weiss: We’ve had it in mind to expand our creative partnership to the world of film and television for years. The idea to adapt The View From Tall came after Caitlin had spent a few years in L.A. for film school and TV writing, and we had a hit play in Chicago that transferred off-Broadway (A Twist of Water). The View From Tall was the first play that Caitlin ever wrote, when she was just 18 years old, and the last time we’d worked on it together, we were in college. We knew we wanted to revisit the story as adults, and after doing a reading of the play in 2012 with Michael Patrick Thornton playing Douglas, we had a million light bulbs going off. Of all the projects we had in development, The View From Tall lent itself the most to a film adaptation, and the role of Douglas, who was not disabled in the original play, was reconceived in the screenplay for Michael.

We decided to co-direct for a few reasons. Caitlin had been at USC Film School for her masters in screenwriting, so she had the vocabulary with the medium. Erica had been directing theatre exclusively, so it made sense to combine our skill sets. Through our partnership, our collaborative process has become more and more integrated from the writing stage to direction, and now we are not just film co-directors, but also co-writers of our TV pilot Red Line (recently acquired by Warner Brothers).

Filmmaker: Describe your working partnership as directors. What was your approach? Did you collaborate on every decision, or divide the responsibilities? Who talked to the actors, and how did you navigate your partnership on set?

Parrish and Weiss: We really do share a brain. Even when we have different ideas, we are working towards a completely unified vision. So from the beginning we made clear to everyone working on the film that if they’ve talked to one of us, they’ve talked to both of us. We made sure to collaborate on every decision we could, and when only one of us was in the room to make a decision, we trusted each other to execute the vision we’d spent so long developing as a team. In the early part of production, we divided to take advantage of our strengths and experience — Erica with the actors, and Caitlin with the DP, but after a week or so we realized that our skills as leaders and storytellers were not that separate after all. The actors and crew saw us as completely equal partners and felt comfortable asking questions of either of us.

Filmmaker: Caitlin, you’ve developed a very successful career as a TV writer on shows like Supergirl. How did you establish yourself in television, and what has made you want to step out of that field and make an independent feature?

Parrish and Weiss: I made a very quick transition from theater to television. I was lucky enough to get representation after A Twist of Water and started as a staff writer shortly thereafter. I’ve been very lucky to be mentored by a number of wonderful show runners who also empowered me to grow in other mediums. I love collaborating in a writers room, but I definitely prefer being in charge, so I’m constantly generating my own material in theatre, television, and film. More than anything, I wanted to know if I could make a film. And now I can’t wait to make another one. 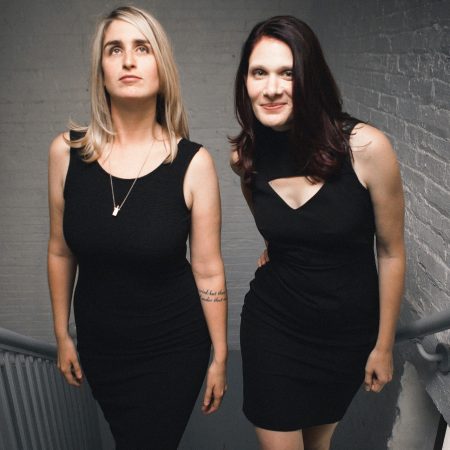 Filmmaker: What was the inspiration for the story, and what inspired its particular view of relationships between teens and adults?

Parrish and Weiss: The View From Tall is a film that both of us wish had existed when we were Justine’s age. Our twist on the coming-of-age story for a young woman is that the film sees an inappropriate relationship from the “victim’s” perspective, humanizing the decisions with which we might disagree. When a girl asserts herself, when she acts with sexual agency, and particularly when she pursues something we view as forbidden, for lack of a better term, storytellers and audiences tend to want to see her punished for it, or see her get hurt and then learn her lesson. We understand that boundaries and lines of propriety are stretched and broken in this film, but more than anything we respect Justine and want to see her thrive. Like Justine, we were both teenagers who felt too old for our age, both more interested in connecting with adults than with our peers. That maturity has a double-edged sword. Justine is seduced by hearing that she is light-years ahead of her classmates. But in some ways, she really is capable of connecting as an equal with an adult.

Filmmaker: Finally, how did the Chicago filmmaking community impact your filmmaking process?

Parrish and Weiss: We’ve based our careers as artists in Chicago, even though Caitlin now lives and works in Los Angeles. We’re immersed in a community of tremendous talent, particularly in the world-famous theater scene. Now more than ever, there’s a vibrant film scene growing at home, and those worlds are overlapping. The first person we sat down with when we had the idea to make the film was Chicago-based filmmaker Stephen Cone (The Wise Kids, Henry Gamble’s Birthday Party), who gave us advice and names of collaborators. From that conversation we hired our cinematographer Stephanie Dufford, and wheels were put in motion to build our locally based crew. The resources and relationships in the relatively small Chicago film community made this movie possible. And we’re proud to say that our team was run almost entirely by female department heads, and our crew was over 60% female!