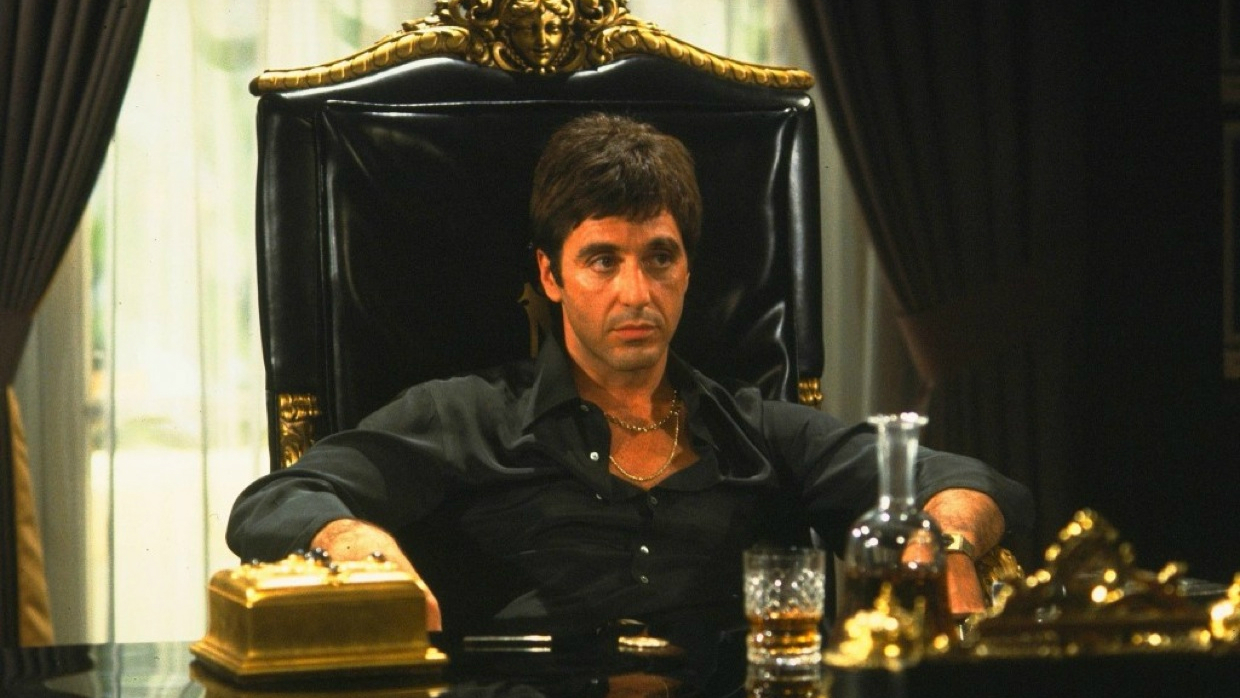 by Jim Hemphill
in Columns, Directors, Interviews
on Jun 2, 2016

A master director gets the cinematic treatment he deserves in Noah Baumbach and Jake Paltrow’s De Palma, which is quite simply the greatest film about filmmaking that I’ve ever seen. That it consists almost entirely of a feature-length interview with its subject, interspersed with impeccably selected clips from his films, makes it all the more remarkable – it’s a deceptively simple piece of work that yields infinite insights. Using the intimacy gained from their years-long friendship with the auteur, Baumbach and Paltrow interrogate Brian De Palma about each of his films in chronological order, and the result is not only a celebration and dissection of De Palma’s work but a portrait of the American film industry at large; the kinds of films De Palma made, and the ways in which he made them, tell us something not only about him as a filmmaker but about the system that supported (or did not support) his work. It’s a fascinating documentary, and among other things it led me to reflect on how underrated De Palma is as an actor’s director; he’s been so heavily praised, critiqued, and analyzed as a visual stylist that people seem to overlook the consistent excellence of the performances in his films. Great actors (Al Pacino, Sean Penn, Sissy Spacek) often do their best work under his direction, and novices (Melanie Griffith at the beginning of her career in Body Double, Zahra Zubaidi in the searing Redacted) give performances worthy of veterans. On the eve of the release of Baumbach and Paltrow’s documentary, I spoke with Brian De Palma by phone to ask about his approach to performance and his diverse experiences directing actors.

Filmmaker: What’s your background in terms of performance? In the documentary you credit Hitchcock with introducing you to film grammar, but where did you develop a point of view on acting in cinema?

De Palma: Well, I did some acting myself in college. When I went to graduate school at Sarah Lawrence, I studied with a very influential theater director, Wilford Leach, who went on to win a couple of Tonys. I acted in some of the plays that he directed and attended a couple of classes where I observed things that I later used in the acting class scenes in Body Double. I saw how the teacher worked with the actors, and I’m talking about people who went on to have great careers – Diane Keaton was in the class, Betty Buckley was in the class. Acting myself, being directed, and taking those classes really gave me a lot of direct experience and taught me that actors will either save your movie or ruin it.

Filmmaker: You certainly got off to a good start with De Niro and William Finley, and Jennifer Salt, Gerrit Graham…the list goes on and on of great actors who you worked with repeatedly early in your career.

De Palma: I was very lucky. I had some very good young actors, and I just appreciated what they did and put them in a series of movies. I developed an ability to intuitively select good actors and sensitively direct them – which is something you either have or you don’t, and you’re not going to survive as a director if you miscast.

Filmmaker: My favorite of your latter day stock company members is Gregg Henry. His sensibility really meshes with yours beautifully.

De Palma: I first used him in a small scene in Scarface as one of the CIA guys, and then I gave him a big part in Body Double. He can do anything, he’s an incredible character actor. If I’m writing a script, I’m always thinking about putting him in there somewhere.

Filmmaker: He’s got that incredible scene in Raising Cain where he has to deliver all that information in a long unbroken Steadicam shot—

De Palma: Only Gregg could have done that. He’s not only acting the scene, he’s guiding Frances Sternhagen through that maze of staircases so that she goes in the right direction.

Filmmaker: Right, which leads me to my big question about how you work with actors. You tend to use close-ups and singles very sparingly, preferring to have actors interact in the frame without cutting, sometimes as part of elaborately choreographed shots like the one Henry pulled off in Cain. But not all actors have the same rhythm…has that ever been a problem for you when planning out these sophisticated set-ups?

De Palma: I’d say the best example of that is in the boardroom in Scarface, where I’ve got around five really good actors that all have different rhythms. The first problem came when I first laid out the scene; Al [Pacino] was very uncomfortable with it. There was something that wasn’t right, and I couldn’t figure out what. I’m behind schedule with 150 people standing around on a sound stage at Universal, and Al just can’t seem to do the scene. He wants to go back to his trailer and rehearse it. Well, we’ve rehearsed the scene a thousand times and suddenly there’s something wrong with it. So I go back to his trailer, I call [screenwriter] Oliver Stone, and I say, “Get down here. There’s something wrong with this scene.” We get in the trailer and Al starts doing the scene, and then it occurs to me that the problem with the scene is not the scene, but the size of the set. We scrapped that location and shot something else, and then we built the boardroom five times bigger, with that huge table that he could move around. In that scene, each of those actors, the kingpin, Al, Manny, the police chief, they all had different rhythms. You have to choreograph this thing for five different actors and pay attention to every one of them. I’m trying to get through this scene, and the actor playing the bodyguard is staring at me with a look like he wants to murder me. He comes over and says, “Can I talk to you for a second?” I said, “Okay,” and took him aside and he said, “You haven’t said a fucking word to me for four hours.” I said, “I apologize. I’ve got the chief of police. I’ve got Al. I’ve got Manny. I’m trying to choreograph this complicated scene. I’m sorry.” I had completely not taken into account that the bodyguard had concerns and nobody seemed to be paying any attention to him. That’s a typical example of when you have a whole bunch of different actors with different needs, and you’ve got to watch them all.

Filmmaker: Is your way of working with an actor different when you’re dealing with someone who’s unknown or relatively new like a Craig Wasson or Rebecca Romjin versus a situation on something like Bonfire of the Vanities or Mission: Impossible, where the star has as much or maybe even more power than you do?

De Palma: Not really. I’ve usually found that the more powerful the actor, the easier they are to direct. They’ve made a lot of movies, and they’ve been directed badly a lot of times. When they see that you’re very concerned about protecting their performances, watching what they’re doing, and giving them the right suggestions at the right time, they become very easy to direct and look for all the help they can get. Occasionally you run into actors with rigid ideas and there’s very little that you can do to get them off the path they’ve decided upon, but it’s rare.

Filmmaker: What about when you work with actors who also direct? You directed two of the greatest directors of all time, Orson Welles and John Cassavetes.

De Palma: They’re the easiest! They know what problems you’re dealing with and are very accommodating. And in the cases of Orson and Cassavetes, they’re basically there to get paid a lot of money so they can take it and make their own movies. They basically just want to get it done and get on with their lives.

Filmmaker: How do you direct actors in sequences of intense emotional anguish, like the ones in Casualties of War? That’s a relentlessly disturbing film.

De Palma: In that case we had a boot camp that the actors all had to go through, where [technical advisor] Dale Dye marched them around the jungles of Thailand – they all bonded as an ensemble before they started shooting. Except for Sean Penn, who became the sarge…he didn’t pay any attention to the other actors, he just hung around with the Army guys, which was perfect. He didn’t spend one second with Michael J. Fox. The environment gave them a lot to work with – the heat, the bugs, the jungle. Delivering your lines within those very unpleasant environments helps you get the right feeling for the soldier you’re playing. And then there was the Vietnamese woman, who spoke Vietnamese through the whole movie. We didn’t understand a thing she was saying.

Filmmaker: On that film you had a lot of experienced actors, but when you returned to similar material on Redacted, you were working with unknowns. Did that affect your approach to the material?

De Palma: Not that much. Again, I rehearsed the actors as a unit, and they had to be unknowns because the whole movie is supposed to look like a real documentary – we couldn’t use anyone you would recognize. The performances were dictated by the way we shot it, because all of the material in the movie – except for the French documentary footage at the checkpoint, which Eric Schwab shot – is basically done without cuts. Everything is either surveillance footage or a Steadicam shot, so the actors just had to play the scenes through again and again until they got exhausted. They played it every conceivable way they could play it – that scene at the poker game, I think we shot 25 takes. You’re using the form of the material – a surveillance tape, or whatever – to dictate certain conventions, and the actors’ performances come from working within those conventions. I quite enjoy working that way.

Jim Hemphill is the writer and director of the award-winning film The Trouble with the Truth, which is currently available on DVD and iTunes. His website is www.jimhemphillfilms.com.