“I Wrote This Role For My Brother, Not About Him”: Jesse Klein on Making We’re Still Together 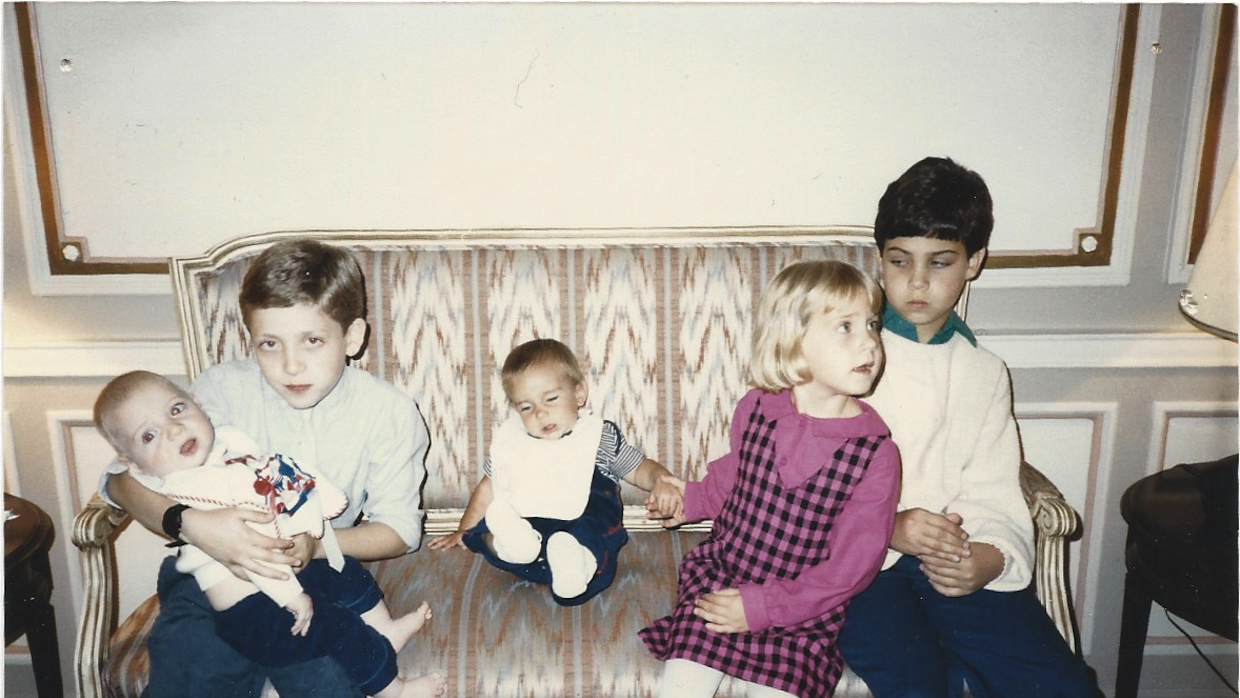 Editor’s note: the following is a guest post from Jesse Klein, director of the drama We’re Still Together, which will be having its world premiere at Karlovy Vary. A Kickstarter to raise funds for deliverables, travel, accommodations and other necessary expenses can be found here.

In thinking about my film We’re Still Together and what could be said that the film itself does not say, I thought of my older brother Joey. The movie starts with him in every way. In the fall of 2012, I was back in Montreal after finishing an MFA in filmmaking at UT-Austin without an idea of how to translate that degree into anything other than a marathon spiral of self-questioning as to why I got an MFA in the first place. In November, an aunt and uncle left the Canadian chill for warmer Floridian pastures, leaving me an apartment where none of my neighbors would be under 80 (I was 26 at the time). Naturally, I jumped at the opportunity.

One of my first mornings at the old folks’ home — where, in the months to come, I would write the film that is the topic of this essay — I was pacing without purpose, mostly because it seemed more like “doing something” than sitting in a chair and staring at nothing (or my email i.e. nothing). I picked up the phone and dialed my brother’s number. “Hello?” “Hey brother, I wanted to ask you something.” “Yeah.” “If I… If I write something for you, would you… be in it?” “Yeah, I’ll be in anything you write. But I gotta go, I’m in the middle of something.” Click.

My brother is nine years older than I am. Since I was 16 I’ve repeatedly asked him to stop calling me his kid brother, a request he’s honored exactly none of the time. He’s an actor and a filmmaker, a performative person in the best sense of the word. We’ve always been close in spite of the large age gap, our parents mix up our names constantly, and at times people have trouble telling us apart. Someone recently commended my performance in the film — I am not in it. As we’ve grown together we’ve also grown apart; doing the same thing as someone you resemble has a mirror-like effect, and no one likes looking in the mirror for too long, especially when it is one that distorts. But in spite of any and all things, I made a film with my family, and am writing this today to say that whatever there is to say about the film, whatever is in it, comes from a deep familial bond and that’s something I think is crucial to filmmaking, be it with your brother or with a stranger you meet on the street. In a sense, that’s what my movie is about, too; how I made it and what it’s about are one and the same.

When people read the script before we shot it or have seen the film since a common response is something like “Whoa, that’s what your brother is like?” It’s the only comment I choose to correct, softly, with “I wrote this role for my brother, not about him.” It’s an obvious distinction we make when writing for those we don’t know, though I think it even more important when it’s with those we love. I wrote this role with the knowledge of who my brother is: not just his range as an actor, but moreover what he’s like, what he’s been through, what he’s capable of, and what moves him. The cadence and rhythm of his language, the way his head dips slightly as he walks, the tremendous amount of affection that comes through a playful shove that still hurts a little — that knowledge enabled me to build this story wherein two people who don’t know each other at first and who may never see each other again, are able to connect in a way that is so powerful to them in that moment that they feel like it’s saving their lives.

Because it’s all fiction and it’s all non-fiction, like the best hybrid films now have shown us; those terms don’t hold so much water anymore. If anything, they hold us back from exploring what’s really possible. I’m not Chris, the bullied teenager, and my brother Joey is not Bobby, the manic single dad who saves him. I’m not any of the characters in my film. I’m in all of them. I would not be able to write or direct or approach with authenticity any of the people I depict in my film unless I felt like I had a sense of what it means to be bullied by someone, but also what it means to bully them. And I think that we have all been on both sides, and start from the same point — we’ve hurt those we love, knowingly, and we’ve been hurt by them, and have loved them afterward in spite of and because of what we’ve been through together.

In directing this film, if there is something that may be helpful to recount I think it might be in how different it was to direct, to communicate with, each and every person on the set. My interactions with one grip were completely different than my relationship with the other (we literally just had those two; they were also the PAs, and the set photographers, and the DIT…). But this became ever more apparent when it came to the actors. We had a child actor with a sizeable and not uncomplicated emotional role. A girl of 12, there were moments when I was genuinely confused as to where the pathos, and the wisdom, came from in this little person. But she did need help, and she asked for it. We discussed at length before and on set about her role, her motivations, with both of us collaboratively shading it in as we went. With the actor who played Chris, we would discuss at times too, but as he was a professional actor since age eight, it seemed more important to let him find things on his own and to simply provide an environment wherein that could take place. And the same could be said of my brother. I “directed” him in the months and weeks leading up to the shoot, discussing and remodeling the story so it was less an idea I had and more something he could live through. We created a character together as any director and actor do, but on the day it was about making a space where he could explore, be himself, in an alternate world, one that we had all created together. Though, in a sense, we’ve been building that character together all along.

Familial relationships can be complicated. Good. Show me a family that all gets along, that’s chill (why would you ever want to be chill?), and I’ll show you a bunch of liars. Relationships are messy, that’s what makes them beautiful. In transposing my relationship with my older brother into this film we’ve made, I’m trying to show that weaving and wading through any potential muddiness is the cost of love, that the weaving and the wading is love itself. It’s what brings us to truth, with ourselves and with our families. And I cannot think of a thing in the world that matters more. In a time that I think can fairly be characterized as dark, I see no greater imperative than learning to find middle ground, and doing that through a collaborative love. I’m writing a new film now, with new characters and a new plot, but it’s the same story: learning to overcome the dangerous power of solitude, taking that first step out of yourself and into the world.

The photo above is of my siblings and me with my cousin in the middle. My brother is holding me and I see in his gaze a sense of propriety, a look that says he understands the responsibility what he is holding. I’d like to think that we hold each other now.