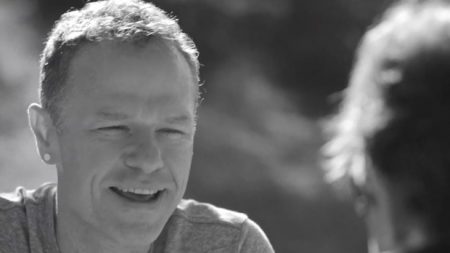 Elliott wrote an in-depth report investigating a “rigged” system of film festival programming which makes it nearly impossible for paid submissions to be programmed. Titled “The Great Film Festival Swindle”, the article, published recently on The Rumpus, analyzed the odds of getting into various film festivals from the paid submissions pile. Read more about the controversy here.

Now The Rumpus will host The Rumpus Lo-Fi Los Angeles Film Festival, a one-day celebration of independent filmmaking on July 30 in Hollywood.

The festival will serve as the world premiere of After Adderall. It will also feature screenings of Russell Brown’s Search Engines, Michelle Ehlen’s S&M Sally and Alicia Swimmer’s Creedmoria.

In addition, there will be panels with authors Jerry Stahl (Permanent Midnight), Janet Fitch (White Oleander, Paint It Black), and Evan Wright (Generation Kill) as well as a film festival panel featuring festival programmers Josh Mandel (Slamdance) and Nancy Collet (AFI). All filmmakers will be in attendance for the screenings.

“We discovered these fantastic films in the course of researching an exposé about film festival submission fees that ended up on The Rumpus,” said Elliott. “We thought why not bring them together, as well as talk about our experience adapting films from books and getting them out on the festival circuit. We also realized regarding our own movie, After Adderall, that putting together a film festival of our own would be cheaper than paying all the hefty festival submission fees.”

Tickets are available for individual screenings or an all festival pass + closing party. For the compete festival schedule, trailers, and to purchase tickets, go here.