What Filmmakers Need to Know About Indie Film Distribution in 2016 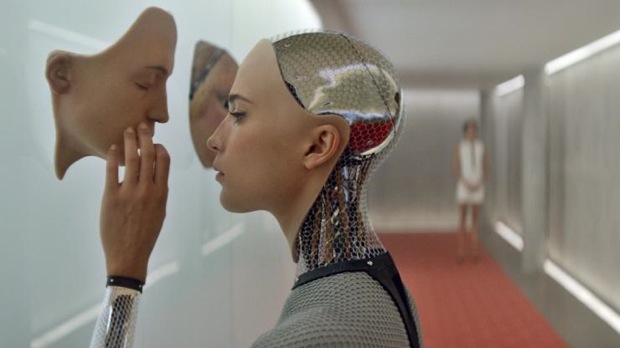 by Paula Bernstein
in Distribution, Filmmaking
on Sep 1, 2016

You’ve made an independent film and you’d like to get it out into the world. Unfortunately, unless you’re already a “name” director with an established track record or your film has played at top festivals, there’s no clear route to getting distribution. In recent years as the traditional distribution model has shifted, the future of film distribution has been murky.

But at a Portland Film Festival panel devoted to distribution, Drafthouse Films chief operating officer James Shapiro declared that “We have finally arrived at a place where we know what the future will look like, at least for the immediate future. We’re going to a streaming world.”

In the past, films followed a traditional model where they screened theatrically before, after three or four months, becoming available on home video before heading to transactional video and on demand services (cable, iTunes), then going to broadcast (pay TV such as HBO) and then linear TV (Comedy Central, FX, AMC).

But, as Shapiro pointed out, companies such as Magnolia Pictures and IFC began to blur the lines between windows. As DVD sales declined, they sought ways to improve how much revenue they could generate per title. In 2014, Radius-TWC reworked the traditional model when it released Snowpiercer on VOD just three weeks after its theatrical release (much sooner than most titles are available on digital platforms, unless they receive a day-and-date release).

Now, “we are living in a broadcast world,” said Shapiro. “People are migrating to Netflix, Amazon, Hulu, HBOGo, and the 600 other platforms that are out there and trying to make it. “This is where most people, especially millennials, are consuming their content.”

But there are some bright spots for theatrical. “There still are ways to be successful in the independent world,” said Shapiro, pointing to A24’s success targeting millennials with films such as Ex Machina, The Witch, Room, The Lobster, Swiss Army Man, Green Room and others. “They’re building marketing campaigns that are targeting people who are tough to get into the movie theater.”

Bleecker Street has had similar success targeting older audiences with films such as Eye in the Sky,  Trumbo, I’ll See You In My Dreams, Danny Collins,\ and Captain Fantastic.

Self-distribution is an option.

Though it takes time and dedication, self-distribution is increasingly a feasible option. “Self-distribution has greatly improved over the last three years,” said Shapiro who explained that filmmakers can now hire a theatrical booker, get content up directly on Vimeo and VHX, and/or use a third party aggregator (such as FilmBuff) to get their film on a digital platform like Amazon, iTunes, and Netflix.

Some filmmakers go the hybrid distribution route where they sell some rights and keep others for themselves. That was the case with Suzanne Mitchell, whose 2013 film Running Wild: The Life of Dayton O. Hyde enjoyed a successful festival run. After screening at Slamdance, the film was picked up by Screen Media, but Mitchell said she opted to split the rights so she could sell DVDs and stream through her web site. Screen Media opened the film in 22 cities, hired a publicist, created a trailer and then sold the film to Netflix, Amazon and big box stores.

Mitchell said it made sense to create DVDs because the audience skewed towards older audiences who still buy DVDs.

She said her initial goal was to get audiences “to see the story of this man’s life, to create change. I went in thinking I was never going to make the money back for my time and resources. My single biggest goal was just to get people to see it. I’m proud to say that has happened.”

Now Mitchell works with other filmmakers to help them self-distribute or craft hybrid distribution plans.

“One absolute in self-distribution,” said Mitchell, “is that it takes a lot of work and a lot of time. You have to be prepared to know that when you’re stepping in.”

Shapiro pointed to Burn as an example of a self-distributed documentary that found success by targeting a niche audience. After the film screened at the Tribeca Film Festival in 2012, the filmmakers got distribution offers, but they weren’t happy with the offers they got.

So they went the self-distribution route. Shapiro explained that “they hired interns and had interns cold call any fire department in 25 or 50 miles of whenever that movie was screening. They got $2 million dollars in box office from just cold-calling firefighters. Then with $2 million in theatrical, they got great placement on digital platforms.”

The filmmakers knew “there was a very specific niche for that film and they went hard for that niche and they got that niche to come out and embrace that film,” said Shapiro. The takeaway is that you need to know who the audience is for your film and market to them.