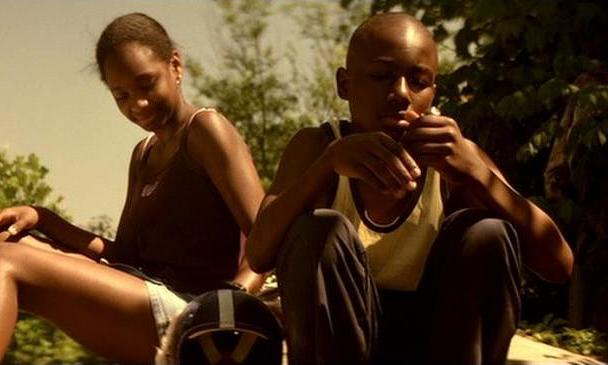 There is a summer in your life which is the last time boys and girls can be friends until they grow up. The summer when adolescence has arrived, but has not insisted on itself. When the stir of arriving sexuality still makes you feel hopeful instead of restless and troubled. When you feel powerful instead of unsure. That is the summer “George Washington” is about, and all it is about. Everything else in the film is just what happened to happen that summer.

This is such a lovely film. You give yourself to its voluptuous languor. You hang around with these kids from the poor side of town while they kill time and share their pipe dreams. A tragedy happens, but the movie is not about the tragedy. It is about the discovery that tragedies can happen. In the corresponding summer of my life, a kid tried to be a daredevil by riding his bicycle up a ramp, and fell off and broke his leg, and everybody blamed that when he got polio. I tell you my memory instead of what happens in this film because the tragedy in the film comes so swiftly, in the midst of a casual afternoon, that it should be as surprising to you as to the kids.

The movie takes place in a rusting industrial landscape, where the weeds are already returning to nature. It is in North Carolina. We meet some black kids, between 10 and 13, and a few white kids. They’re friends. They are transparent to one another. They are facts of life. You wake up every morning and here they are, the other kids in your life. They are waiting to grow up. There are some adults around, but they’re not insisted upon. Some of them are so stranded by life they kill time with the kids. Nothing better to do.

The film was written and directed by David Gordon Greene. The cinematography, by Tim Orr, is the best of the year. The mood and feel of the film have been compared to the work of Terence Malick, and Greene is said to have watched “The Thin Red Line” over and over while preparing to shoot. But this is not a copy of Malick; it is simply in the same key. Like Malick’s “Days of Heaven,” it is not about plot, but about memory and regret. It remembers a summer that was not a happy summer, but there will never again be a summer so intensely felt, so alive, so valuable. All The Real Girls (2003)
There’s a patent irony in All the Real Girls that may be too trite for it but has the complete banality of real life. Exactly what you think won’t happen does happen and everybody is the sadder for it.

That’s the genius of the movie. It shows people in the play of powerful emotions but completely unable to articulate them. They feel certain ways so powerfully and yet when they try to put what they feel into words, only spit and profanity come out. With fine acting and considerable emotional depth, Snow Angels aptly captures the highs, and especially the lows of human relationships.

Green discusses the strategy behind shooting with no money.

*Nearly all of the actors in the film were non-professionals that had been hand-picked by David Gordon Green through random circumstances. The most interesting of these circumstances was how Green met with actor Donald Holden, who played George Richardson. Green has said that he met with Donald Holden on a beach near where he lived at the time and simply asked him to be in the film.

*Greene cites John Boorman‘s Deliverance (1972) as one of his all-time favorite movies, which he saw for the first time when he was just 10 years old.