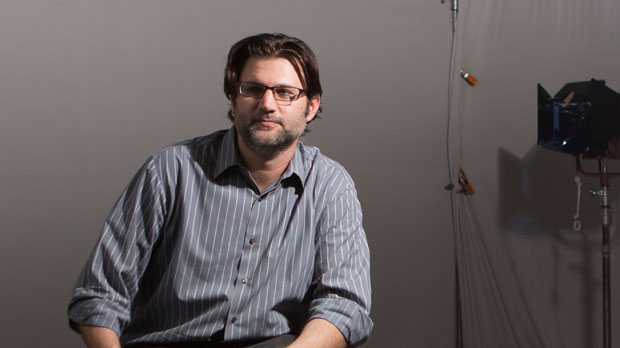 Jason Osder didn’t initially set out to be a filmmaker. A philosophy and sociology major during undergrad at New College of Florida, he entered the University of Florida’s graduate documentary program on a lark. “I didn’t do it out of a love of documentary, I did it out of a desire for knowledge,” Osder said on the phone from his home in Washington D.C. recently, where he is an assistant professor in George Washington University’s School of Media and Public Affairs. “But once I got there and started my studies, I really got more passionate about documentary, what it means artistically and politically.”

Osder’s searing directorial debut, Let the Fire Burn, which premiered at the 2013 Tribeca Film Festival, is an archival footage marvel. With no narration and sparse title cards, it dives into the maelstrom that was the Philadelphia Police Department’s tragic raid on the black separatist group MOVE’s West Philadelphia compound in 1985, during which the home, where 13 men, women and children lived, was shot upon 10,000 times, doused with unspeakable amounts of water and then finally firebombed. Almost everyone inside died, and nearly 70 other homes in the surrounding working-class black community were destroyed.

The story is brought to volcanic, penetrating life by Osder, a Philadelphia native himself, using all found materials, chiefly the video record of television newscasts from the day of the assault, a documentary from the mid-70s about MOVE, footage of testimony to a community panel during several hearings that were put together in the wake of the destruction to make sense of the affair and, most damningly, a deposition given by a 13-year-old child who lived in the MOVE home.

“From the time that I was a kid, it always stuck with me,” Osder recalls of the incident, which he began researching in earnest shortly after he finished film school. He spoke with several surviving MOVE members and began filming his own interviews in fits and starts, but a return to academia via his teaching position gave the project newfound momentum, as the university itself came on board as a production partner. “I got a lot more traction and was able to reignite the project with the institutional support,” remembers Osder, who “felt very much like an outsider” in the early years working on the film. He credits the funding, network, access to equipment and the personal financial stability professorship provided with allowing him to finish the project over a decade after he initially envisioned it.

Claiming that he didn’t set out to make an all-archival film, he initially modeled the documentary on Kevin Macdonald’s Oscar-winning One Day in September. “It was in the editing room that we saw the potential to tell the story in present tense. The hearings would let us do the thing you normally do with the talking heads or the narrator — moving the story forward and providing context,” says Osder, who sees the traditional elements of documentary form as devices that often “slow things down and take all the tension out of the film.”

Beyond his teaching duties, Osder also runs a post-production house that does online edits of educational films. He is just beginning research on his next project, about another racially-charged incident from 1985, the still unresolved assassination of Alex Odeh, an outspoken West Coast director of the American-Arab Anti-Defamation League who was killed in a bombing in his Santa Ana, Cali., office. “It’s a lens into how Americans see different realities about the conflicts in the Middle East,” says Osder, who vows that his newest film will not be a decade-long affair. If it’s anything like his most recent one, however, it’ll be well worth the wait, regardless of how long it takes. — B.H.