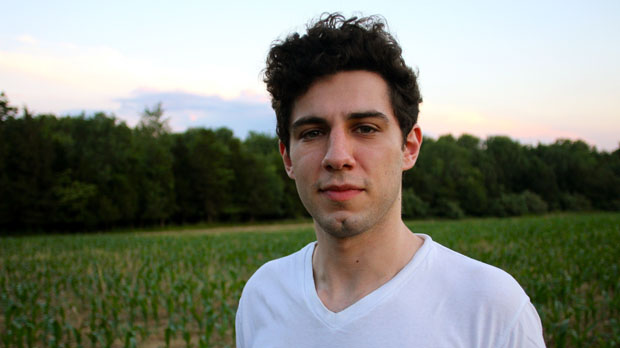 Young feature filmmakers tend to make early works that are enmeshed in veiled autobiography and personally revelatory, if not broadly appealing, psychodrama all too easily (see the broad majority of film cycle formerly known as mumblecore films). Not so for Jeremy Teicher. His first feature, Tall as the Baobab Tree, couldn’t be more of a departure from the type of first film that one might expect from a New York City-born, New Jersey-bred, Ivy League-educated 25-year-old. The narrative follow-up to This is Us, a Student Academy Award-nominated doc short Teicher began while still an undergrad at Dartmouth, the film is a smart, rhythmic and altogether moving DIY effort about the attempts of two sisters to self-actualize in a rural Senegalese village. The story takes place after their brother’s serious leg injury threatens the youngest sister’s education and personal liberty, and her father decides to marry her off in order to pay for his son’s medical treatment.

“My deepest motivating factor for being a filmmaker is the ability to create a connection between people,” said Teicher, whose film has made the festival rounds since last fall with stops in London, Rotterdam, San Francisco and New York’s Human Rights Watch Film Festival. “Recognizing narrative film’s ability to create a powerful emotional connection between an audience and any subject or character, no matter how foreign, developed as a result of my work in Senegal.”

Inspired by the revolution in small, lightweight, cinema-ready DSLR cameras, Teicher embarked upon the project as his own producer and was able to make the film with next-to-no budget in a rural Senegalese dialect he does not speak (and that had never been used in a narrative film) with non-professional actors and a small collection of novices. “I knew everyone in the village for two years before we even had the idea to make Tall as the Baobab Tree,” Teicher remembers. “I noticed right away how much more intimate it felt to make narrative fiction than documentary. With fiction, you enter a sacred space. There’s a huge responsibility that you, as the filmmaker, must accept. Any sense of academic or anthropological distance melts away.”

Having hooked up with producers Jessica Caldwell (Electrick Children) and Laura Wagner (It Felt Like Love), Teicher is set to embark on his next project, which although it is in English and takes place in the U.S., also features a unique subculture of sorts. Set in Eugene, Ore., the film is described by Teicher as “a coming-of-age story set in the world of elite U.S. long-distance running.” Teicher, who will move to Oregon this summer to begin pre-production, is co-writing with pro distance runner and ex-Dartmouth classmate Alexi Pappas (who also co-wrote Baobab) and plans to begin shooting next spring. —Brandon Harris