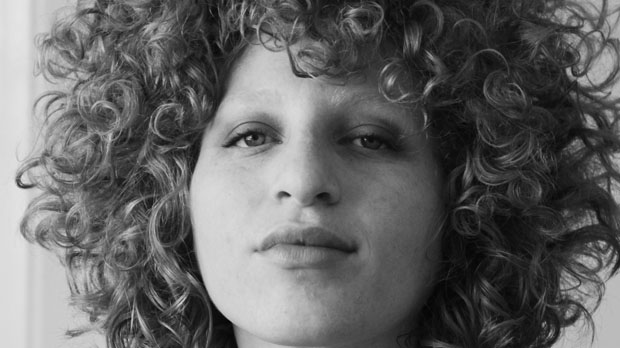 “I like to make an audience feel a little uneasy,” Leah Shore says about her extreme, and often humorous, animated work. “People either love my films or hate them, and I kind of like that.” That’s a self-aware summation from a filmmaker whose most recent short film, the SXSW-premiering Old Man, is set to the tune of Charles Manson’s musings on consumerism, propaganda and politics.

Recently graduated from the Rhode Island School of Design, Shore attended the 2010 edition of Sundance with her thesis film, Meatwaffle, in which a series of surreal vignettes are compartmentalized within the body of a curmudgeon. It was in Park City that she forged friendships that eventually lead her to Marlin Marynick, a journalist and psychiatric nurse, who had been conducting a series of interviews with Manson.  Marynick forked over approximately 10 hours of audio recordings, which resulted in Shore “sitting in a dark room for two months and going a little insane editing the excerpts into something that made sense.” With the voiceover track locked, Shore then spent almost two years animating the visuals, freelancing for the likes of VICE and Ke$ha on the side.

The resulting film is an arresting sensory assault. While Manson growls in your ear about how John F. Kennedy was a bad president but a good person, the icon’s countenance swiftly morphs from Newt Gingrich to Adolf Hitler to Michael Jackson to Saddam Hussein. Though the recordings are nonsequential and frequently convoluted, the sheer fluidity of Shore’s animations, as they transition from one scene to the next, overrides any misgivings a viewer may have about continuity.

Shore, who has hoarded audio samples on her hard drive since college, is eager to stress the significance of sound in her work. “I believe that in any kind of film, audio is just as important as the visual, and they should be treated equally.” Her 2011 film Boobatary, which also premiered at SXSW and concerns a secretary who carries out her typing duties with her breasts, features a sound design that’s as intricate as any found in a live-action feature. Despite the short’s contained environs, the texture of the several audio tracks, layered atop her frequent collaborator Alec Henninger’s score, elevates its scope.

For all her exemplary work in the animated realm, however, Shore insists that she does not want to be pigeonholed. Her current project, the mixed-media short I Love You So Much, proves just that. Recently shot “guerilla-style with about four people,” Shore cryptically describes it as “a romantic comedy about two people who love each other very much.” She hopes to have it in the festival circuit next year. Asked if a transition to live-action is on the horizon, Shore says, “Animation is great because it’s free, which is invaluable for an independent filmmaker. But I also love live-action. I’m intrigued by it, and I want to make more. I’ve already written my next script. I want to do everything.”  — Sarah Salovaara