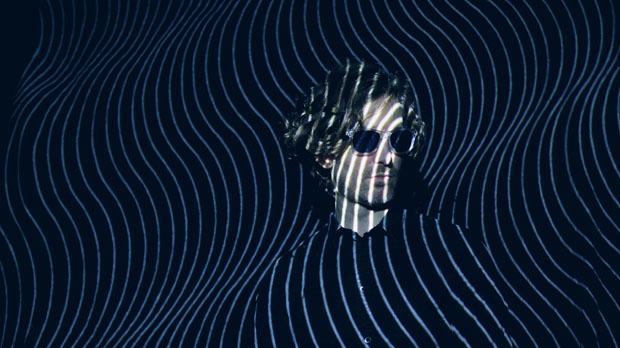 When Daniel Hart was growing up, he attended Richardson High School in Dallas. In the year above were two boys called David Gordon Green and David Wingo. Some 20 years later, Green is one of the most gifted indie directors of his generation and Wingo is the acclaimed composer of scores for almost all of his films, not to mention the lead singer of the band Ola Podrida.

“We didn’t know each other incredibly well, but we ran in the same circles,” Hart recalls. “When I was in high school, I got to see David Gordon Green’s first attempts at film — these weird little shorts that he would make. It’s hard for me to believe — and very exciting for me — that both Davids would have so much success doing what they loved doing even way back then.”

Recently, Wingo has been a source of much useful advice for Hart, who has just begun working in film, and the two have made plans to play live shows together. Hart is a solo artist, making music that he describes as “’70s R&B, Radiohead meets the Isley Brothers,” and has previously played in such bands as the Polyphonic Spree, St. Vincent, Other Lives and Broken Social Scene.

In 2011, Hart scored fellow Dallas resident David Lowery’s landmark short Pioneer, and when Lowery came to make his follow-up, Ain’t Them Bodies Saints, he called on Hart to write the score for his ’70s-set outlaw love story. “When we worked on Pioneer together, we started to develop a musical language that corresponded to David’s aesthetic as a filmmaker,” Hart says. “The conversations that we had back then were the building blocks that we used on Saints.”

As with any great director-composer partnership, both brought something to the table. Lowery suggested using banjo and mandolin for the Saints soundtrack, while Hart says he “was hearing a lot of strings, a lot of brooding atmospheric, buzzy, tinny feedback kinds of sounds, but sounds made by natural instruments, not electric instruments.”

Maybe the most crucial component of Hart’s score, which gorgeously combines strings with more traditional Western sounds, is its most unusual: handclapping. Hart had actually very subtly used handclaps in Pioneer and instinctively felt they fit into Saints’ musical lexicon. Lowery was so enthusiastic about the handclaps that Hart says he “considered it another of the main instruments in the film and tried to incorporate it naturally into places I thought it might work.”

Working on Saints was a very rewarding experience for Hart, and he says that it felt as if what he was writing “was coming from the film itself. It felt so natural to be making music [for a film], and I felt I could really enjoy doing it more.”

Hart says that going forward he would ideally like to split his time between his own music career and more scoring. In the wake of Saints, he has a handful of projects he’s already signed on to, including Austin-based writer/director Jennifer Harlow’s The Sideways Light (with Lindsay Burdge), S. Craig Zahler’s Western Bone Tomahawk (starring Kurt Russell, Timothy Olyphant and Peter Sarsgaard) and Dig, an upcoming short written and directed by Saints’ producer Toby Halbrooks. —N.D.