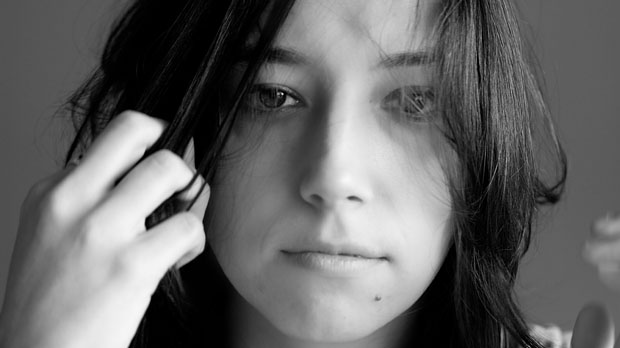 Lauren Wolkstein has been on Filmmaker’s radar for a little while. In 2010, her Columbia University graduate film program thesis project, Cigarette Candy, picked up the Best Short Award at SXSW. The following year came another short, The Strange Ones, which she co-directed with fellow Columbia grad Christopher Radcliff. It’s a brilliantly unsettling drama about two travelers, a man and a boy, who create fear at a roadside motel. Cigarette Candy drew from stories she heard from her dad, an Air Force colonel who served in the Gulf War, but The Strange Ones was a more spontaneous collaboration.

Wolkstein was working on a feature screenplay based on Cigarette Candy when, she says, “this thing happened that always happens when I’m writing — I get the urge to direct. Chris and I both liked each other’s sensibilities, and we wanted to see what collaboration would be like.”

A small budget was quickly raised by Ad Astra Films, the French production and sales company that was selling Cigarette Candy internationally. Of the collaboration with Radcliff, she says, “We wanted to do something with characters who aren’t who you think they are. We wanted to play with the audience’s expectations, and we didn’t know if people would react.”

They did. The short won numerous awards, however its success posed a problem. Agents and producers wanted more from the duo, but the collaboration was, initially, a one-off, with both returning to their own projects. “We confused a lot of people,”  Wolkstein admits. (The two have since smartly decided to collaborate again on a feature version of the short.)

Last year, while working in France on the Cigarette Candy feature script, writer’s block reared its head again. “I was at a party for my producer’s sister, who was turning 20,” Wolkstein explains. “There were all these French teenagers and me, who doesn’t speak French. Nobody questioned the fact that I was there, and that party gave me ideas — how could an American in her 30s survive here?”

This idea led to Wolkstein’s terrific Social Butterfly, which premiered at the 2013 Sundance Film Festival. Suggesting Olivier Assayas’ Cold Water as it might have been reimagined by Patricia Highsmith, Social Butterfly tells the story of a sexy American grifter (Anna Margaret Hollyman) who crashes a French teen birthday party and winds up instigating the guest of honor’s lesbian awakening.

Wolkstein grew up in Baltimore and went to Duke in North Carolina to study computer science. But, she says, “I couldn’t stand being in front of a computer for 24 hours on end.” She started taking film classes and in one became fascinated with the work of Alan Berliner. So after Duke she went to study film at Columbia, where she says she found her voice. “I fell in love with filmmakers like Hal Ashby and Nicholas Ray, who had a sensitivity to outsiders, odd couple pairings and people on the fringes.”

Now Wolkstein is developing a third feature script, a version of Social Butterfly, with Hollyman. “I never intended these three shorts to be features,” she says, “but I’m not finished with those characters.” Which isn’t to say that there might not be another short. “I realize I just have to keep putting work out there, to keep creating.” — S.M.