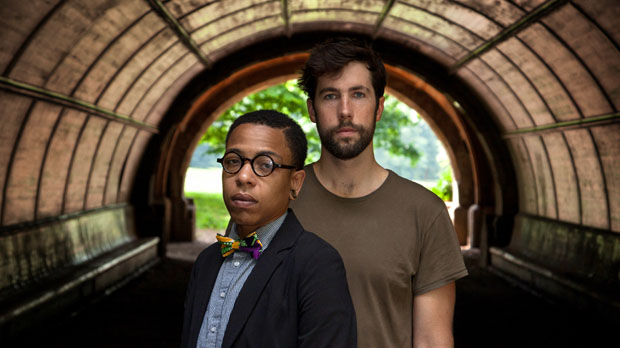 “As audiences watch (T)ERROR,” writes Lyric R. Cabral in an email, “I want them to think, ‘How can filmmakers be showing us this?’” Based on the work sample we saw, mission accomplished. The documentary Cabral is directing with David Felix Sutcliffe about an active FBI counterterrorism sting operation crackles with a you-are-there immediacy even as its twists feel like the work of a master fiction storyteller. (T)ERROR’s tale is of an FBI target and the government informant he realizes is setting him up, and Cabral and Sutcliffe’s access to their subjects is simply jaw dropping, as is their ability to connect this single case to broader issues involving our post-9/11 security state.

The basis of that access is, writes Cabral, a first-time filmmaker, “a strong trust.” “I have known our main character for over a decade and, when we first met, I had absolutely no idea what he did. I assessed him as charismatic, dapper, politically conversant and intriguing — my curiosity compelled me to get to know him better. Four years after our introduction, without any solicitation, I discovered that he had been living a double life.”

Adds Sutcliffe, also by email, “Lyric’s relationship and history with that individual has been a critical element of this project… As for our other main character… we also happened to be present, with cameras rolling, at the moment he was unexpectedly arrested by the FBI. Developing that relationship with him prior to his arrest, and staying in contact with him throughout his detention, has been vital to securing his participation in the film.”

Cabral, an acclaimed photojournalist whose work is held in collection at the Smithsonian Institution, the Studio Museum of Harlem and the Whitney Museum of American Art, and Sutcliffe, a director and cinematographer who has received NEA grants and shot all over the world, met at the Harlem afterschool arts program TRUCE. Cabral was teaching photography, and Sutcliffe video. Says Sutcliffe, “In 2005, one of my students at TRUCE, a young woman named Adama Bah, was arrested by the FBI and accused of being a ‘potential suicide bomber.’” Cabral photographed Bah for an International Center of Photography-sponsored book of portraits of the families of Muslim Americans accused of terrorism, while Sutcliffe thought her story would make a powerful doc. “[Lyric] encouraged me to think carefully before I jumped,” remembers Sutcliffe. “‘Documentaries take a long time’ she said. ‘Like three years.’ No way, I thought. I’ll be done in six months, max. It ended up taking six years.”

The ITVS-funded Adama, for which Cabral was still photographer, aired on PBS World on 2011, and Sutcliffe credits its sympathetic portrait as convincing one of the two subjects of (T)ERROR to trust the filmmakers.

Cabral says her interest in moving from photojournalism to documentary filmmaking was further sparked when National Geographic UK published her photographs depicting crack addiction among elderly Harlem residents. “I came to realize that a photo essay has narrative limitations,” she writes, “and cannot reveal the nuances and complexities of the stories that I am drawn to tell. I thus embraced observational filmmaking as a means of becoming a better journalist, in order to more truthfully bear witness to the realities of my subjects and to tell a more complete story.”

(T)ERROR is currently finishing production, but it’s already been garnering praise on the documentary funding circuit. The project has received the Garrett Scott Documentary Development Grant from the Full Frame Film Festival, as well as the Tribeca Film Institute’s Creative Promise Award. It has also attracted as production partners Eugene Jarecki’s Charlotte Street Films and producer Christopher St. John. (Sutcliffe says after watching the work sample, Jarecki told Cabral and him that “the film was ‘kryptonite.’”) The two filmmakers expect (T)ERROR to be finished in the fall of 2014.  — S.M.