Will Streaming Services Gain the Right to Show Films without Licensing? 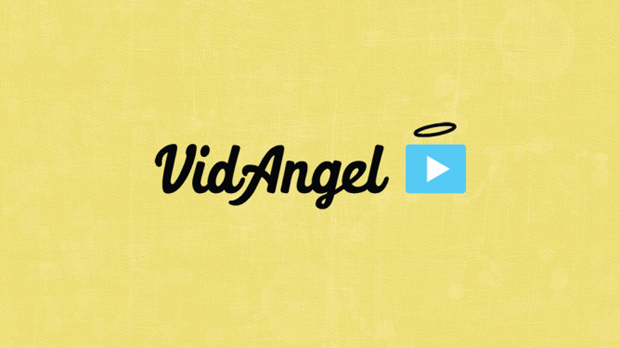 by Randy Astle
in Distribution, Filmmaking
on Jan 11, 2017

As Filmmaker recently reported, on January 1 in the U.S. the federal tax incentive program known as Section 181 expired, with little prospect of resuscitation: although the program benefits high net worth individuals like Donald Trump and his advisors, current Republican animosity toward Hollywood (see: Meryl Streep) could translate to low congressional will to assist the film industry. This has the potential to reduce filmmakers’ options at the beginning of a project’s life cycle. But another issue is emerging that could affect it at the end: the continuing legal battle over the streaming company VidAngel and their incipient campaign to have Congress strengthen the Family Movie Act of 2005.

The background is this. For decades studios have reached terms with some distribution platforms — think network television and airlines — to show versions of their films that have been edited to omit violence, profanity, sex, and other objectionable material. Seeing a demand for this product, over the years entrepreneurs have launched companies that to provide edited versions of VHS tapes or DVDs without the original filmmakers’ permission. A striking number of these have been based around Provo, Utah, a stronghold of conservative family values not far south of the larger and more liberal Salt Lake City. Generally these companies have been found in violation of copyright and intellectual property laws and have been shut down — that’s what happened in the most famous case, that of CleanFlicks, which closed in 2006 (and which is the subject of the excellent documentary Cleanflix, currently streaming on YouTube and Google Play).

CleanFlicks was in violation of copying and altering physical devices — DVDs — but the advent of streaming video has changed the conversation, and companies like VidAngel now argue that since their streaming service only blocks certain content from playing without altering any physical media they are not in violation of copyright law; it’s technologically akin to fast forwarding when a sex scene comes on. Further, the Family Home Movie Act, introduced by Utah Senator Orrin Hatch during the CleanFlicks court battle, protects technology which filters out objectionable content, and VidAngel has latched onto that, claiming that they are in accordance with the law if their movies are viewed 1) on authorized copies, 2) in a private home, and 3) with no permanent filtered copy created.

But in order to meet these requirements VidAngel created a business model that they themselves describe as “weird”; the studios like Disney and 20th Century Fox who sued them describe it as “piracy.” Since VidAngel does not have a legal license to stream any movies, they instead purchase a physical DVD and house it in their facility. Customers pay $20 to purchase that DVD from VidAngel, but instead of shipping the disc in the mail, old-school Netflix style, VidAngel makes its contents available to them online. When they’re finished watching their film customers can resell it back to VidAngel for $19 (although they can, technically, keep it). The DVD never leaves the premises and customers get to watch it online whenever and however many times they want until they resell it. The result is a $1 rental fee for consumers and very low costs for VidAngel: they purchase a DVD one time but are thereafter able to “sell” it to as many customers as they want, with no additional fees beyond the additional DVD sale going to the content providers, e.g. the filmmakers. In effect, this means that if your film is lucky enough to be offered by VidAngel, they’ll buy your DVD one time but then hundreds of people could watch it without you getting an additional cent.

As a parent, a Utah native, and a children’s media professional, I deeply understand the appeal and utility of edited content. But, interestingly, what I’ve seen from my friends in Utah and elsewhere who use the service is that it’s not just the filtering that’s so appealing about VidAngel — it’s the price. Many of the films they offer are already G- and PG-rated family films that don’t require any filtering at all, but “where else can your whole family see Zootopia for just one dollar?” I’ve heard more than one person say they don’t use the filtering options at all, but the low cost makes them loyal customers.

Well, as I told one friend last week, if it seems to good to be true it probably is, and so far three judges in California have agreed with me. After four studios filed suit for an injunction last June, Judge Andre Birotte Jr. ordered VidAngel to remove all movies from their service, an order they obeyed in December while simultaneously requesting a stay in the Ninth Circuit Court of Appeals. A ruling there came from judges Edward Leavy and Barry Silverman on January 4, denying the request and restating clearly that there was no indication VidAngel could prove they are not in violation of copyright law were the case to go to trial. As Birotte said in his injunction: “VidAngel has not offered any evidence that the Plaintiffs have either explicitly or implicitly authorized DVD buyers to circumvent encryption technology in order to view the DVD on a different platform such as VidAngel’s streaming service.” Furthermore, the “sale” of DVDs that never actually change hands is indefensible: VidAngel is clearly a video streaming service that seeks to circumvent laws governing the licensing and streaming of online video, and as such their entire business model appears to be entirely illegal.

Basically, they don’t have a legal leg to stand on. It seems like VidAngel should be an open-and-shut case. However, they do have two things that give both the company and this whole issue potency: a smokescreen and a fanbase. The smoke arises from the issue of filtering, which VidAngel, like its predecessors, has put at the center of its public relations campaign. They’re Robin Hood, a small start up fighting the Goliath of Hollywood. A video released by the company on November 29 ends by claiming that this legal case is the last great stand for filtering. “VidAngel isn’t a loophole, it’s a last resort,” it claims: if the company is shut down, the Family Movie Act and the entire filtering industry will die (the legal existence of their competitor ClearPlay notwithstanding), and families will be left with no choice but to accept Hollywood’s immorality. The issue, of course, is not filtering but licensing and paying filmmakers for their work, but this type of hyperbole is effective at galvanizing fans of filtering (and $1 movie rentals), so much so that the company has so far crowdfunded over $10 million from 40,000 donors for legal fees it intends to use to appeal all the way to the Supreme Court. Thus they’re funded for an extended legal battle, and at the same time a company blog post/press release on January 4 calls on fans to lobby their Congressional representatives to “urge them to update to [sic] the Family Movie Act with new language that cannot be misconstrued in court, making it even clearer that filtering is absolutely legal in the streaming age.” One family launched their own petition with the hashtag #savefiltering; it has over 137,000 signatures and also allows for financial donations that presumably will be sent back to VidAngel. Customers are also lobbying the judiciary, with around 8,000 people writing to the federal district court that heard the initial case; the same should be expected as the case moves through the appellate courts.

VidAngel’s path to national success in either the judicial or the legislative scenario might not have seemed very plausible just a few months ago, but in 2017 — with a conservative Court, including Trump’s new appointee, and a heavily Republican Congress wanting to appear to stand up for family values against out-of-touch elites like Meryl Streep — anything is possible. I’d personally bet dollars to doughnuts that Senator Hatch or Tea Party Representative Jason Chaffetz, who represents Provo, would both be eager to introduce legislation in their respective chambers. It’s good optics for them with their base, stemming from the same dynamic that will probably keep Section 181 in the grave. And it’s only a little less likely that a Roberts Court with its newest member would interpret the Family Movie Act to hold preeminence over the Digital Millennium Copyright Act, the Copyright Act of 1976, and Title 17 of the United States Code.

In either case, the bottom line would be that filtering could become a backdoor for piracy, a legitimized way for numerous viewers to watch movies for as little as a dollar without filmmakers giving permission or being compensated beyond an initial DVD purchase. As long as it included the loophole of offering filtering, video streaming could become a much more lucrative business, at least initially, while film production could become even less profitable than it is now in the Wild West of VOD distribution. The studios who are plaintiffs in the case will surely represent themselves well in court but, considering the advocacy all VidAngel’s supporters are willing to do, perhaps it’s time for the entire film community to become aware of the legislative challenge before it takes the form of a bill. If #savefiltering is trending, perhaps it’s time for filmmakers to #savefilmmaking.