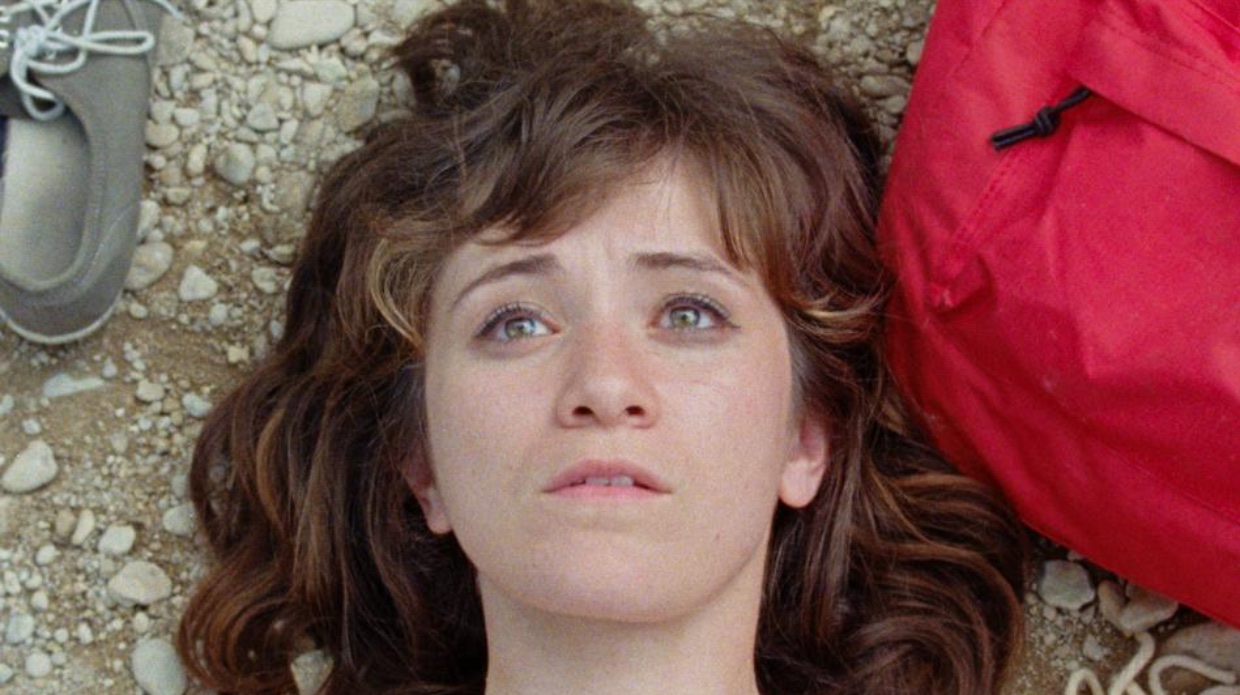 Texas-born actress and comedian Noël Wells (Master of None, SNL, The Incredible Jessica James) steps into the director’s chair with her SXSW-debuting feature Mr. Roosevelt, which mixes a sort of low-key melancholic humor of self-discovery with a series of broader comedic set pieces also exploring issues of social anxiety, identity and relationships. For Emily, the offbeat comedian character played by Wells, comedy is both the source of identity and existential crisis. In a prologue, we see a young Emily perform at a school play to a laughing audience. She’s in tears afterwards until her mother explains to her that people weren’t laughing at her but with her. Later in the life, when the film begins, she’s more settled in her identity, but understanding social cues is still an issue. Mister Roosevelt takes place during several days in which the titular character forces Emily to reengage with her ex boyfriend and his new, annoyingly together girlfriend. As for that character, well, let’s just say we’re going along with the film’s publicist’s request to keep his identity something of a mystery. Mr. Roosevelt premieres March 12 at SXSW.

Filmmaker: Let’s talk about comedy. You have a deep background in comedy television, in comedy shorts for the internet, and as a performer on SNL. Mr. Roosevelt mines a particular kind of sad, or melancholy, humor in often droll ways. Talk about how you landed on the tone of Mr. Roosevelt and what you wanted to do with this film that maybe you couldn’t do in other work?

Wells: Personally, I tend to love comedies that go to darker places as long as it feels grounded tonally. I like exploring social mores, the bleakness and helplessness of existence, the underbelly of a happy face. As a “comedian” I’m always trying to present that side of comedy in ways other people will understand, though it’s a struggle to land on what is funny for other people. I think for Emily, she herself is struggling to understand what she finds funny and why she’s doing comedy. She’s not a comedian in the sense that she tells jokes, and she’s using her talents in ways that aren’t really fulfilling her. I think for me, my career has felt similar, in that I haven’t gotten to express my sensibilities completely through the projects I’ve done, though that’s not bad. It’s actually fun to funnel your skillsets, it’s just a bit more satisfying when you get to lay more of your goods out on the table. And while Mr. Roosevelt definitely is more reflective of my sense of humor, the tone is also set specifically to set up this character Emily and how she sees the world. By the end of the movie, her darkness and pessimism, her woe-is-me attitude about how nothing really works for her is stripped away, and that darkness lifts off as well.

Filmmaker: How much of the film is drawn from experience?

Wells: I’ve been saying that everything in this movie has happened to me in some way, but everything is completely fictionalized and made up. The thing that is truest to experience is that I had a boyfriend in Austin when I moved to Los Angeles and broke up with him, and I didn’t really think at the time how that hurt him because I was just so focused on my own drama and struggle to survive. The movie also reflects this very honest soul-search I had to go on where I had to recognize that while I had my ambition and wanted to succeed professionally, what I really ultimately wanted was to connect with people, and that I had break down a lot of this self-centeredness to be able to do that.

Filmmaker: How is Austin a character in the film, and how did the filmmaking community in Austin play a part in terms of this film getting made?

Wells: I went to college in Austin, and I’m always trying to understand it. It definitely is its own character, much in the way Texas itself is a character. Recently I realized there aren’t a ton of monuments in Texas — people don’t erect big beautiful buildings about Texas, there’s not a lot of shape to Texas itself structurally. But I think it doesn’t need it because Texas has an identity that everyone understands. It knows what it is. And Austin is this little subset of that identity, it’s like the rebel inside of it, that also is what it is, and it’s an organism and it houses all these people. And I’ve been trying to jump inside the mind of Austin for a long time. As for the production of it, we had primarily Austin-based crew, a lot of non-actors acting for the first time, and there are people in it that I knew when I lived here. For instance, my ex-boyfriend, David Thomas Jones, who the character of Eric is loosely based on, plays Jen’s long-haired roommate. He also wrote original music for the movie. My college friend Trinh plays Stacy, and I took film classes with the person who ultimately scanned our film, Caitlin Diaz. It was really important for me to collaborate with the city and bring together the talents of people that I knew from here.

Filmmaker: Tell me about your collaboration with DP Dagmar Weaver-Madsen, who is known for much indie work including High Maintenance. I know you shot on 16mm — why did you make that choice, and was it difficult in today’s digital world?

Wells: I recently found my college thesis, and it was titled, “The Art of Film: Why Analog Photographic Processes Should Outlive the Digital Revolution.” So while I can say things like, “I love film,” and I’ve been shooting photography on film for the past eight years, I think it was inevitable to me that I would shoot my first feature on film. I can unpack so many different reasons, but at the end of the day, film looks beautiful, it elevated and matched the story tonally, and it was the medium I felt the most confident with. When I floated the idea that we shoot on film, Dagmar Weaver-Madsen was my biggest supporter. The lookbook I had sent producers featured all these film pictures I had taken of Austin, and when I hired Dagmar, she had sent me all these beautiful reference photos that she later revealed she had taken on film. And since Dagmar operates camera when she DPs, it felt like the perfect person to make this jump with. It took awhile for our whole crew to get used to the slower process of film, but by the end of the shoot, everyone was in rhythm and it was a breeze.

Filmmaker: As a rock drummer coworker and friend, Daniella Pineda makes a real impression in the film. Tell me how you cast her and developed her character.

Wells: Jen is based on this really incredible girl Jennifer Cruz who I knew when I lived in Austin who has since passed away. This girl really captured the spirit of what’s so wonderful about the city. She was so incredibly kind and generous and just a general badass at the same time, and she really showed me and other people how to be better humans. Casting this part, we held a huge casting call in Texas and were looking to maybe cast someone who was actually in a band. But on the other side, it was really important for me to find someone who felt really alive and warm, a person with enough energy to disarm someone as guarded and cynical as Emily. I’ve been acquainted with Daniella for years, and have been a huge fan of her own comedy videos she had uploaded online a long time ago. When she auditioned, I felt pretty sure she was our Jen, but we kept looking in Texas, and then Daniella was like, “I also drum!” So I rewrote the character to match her.