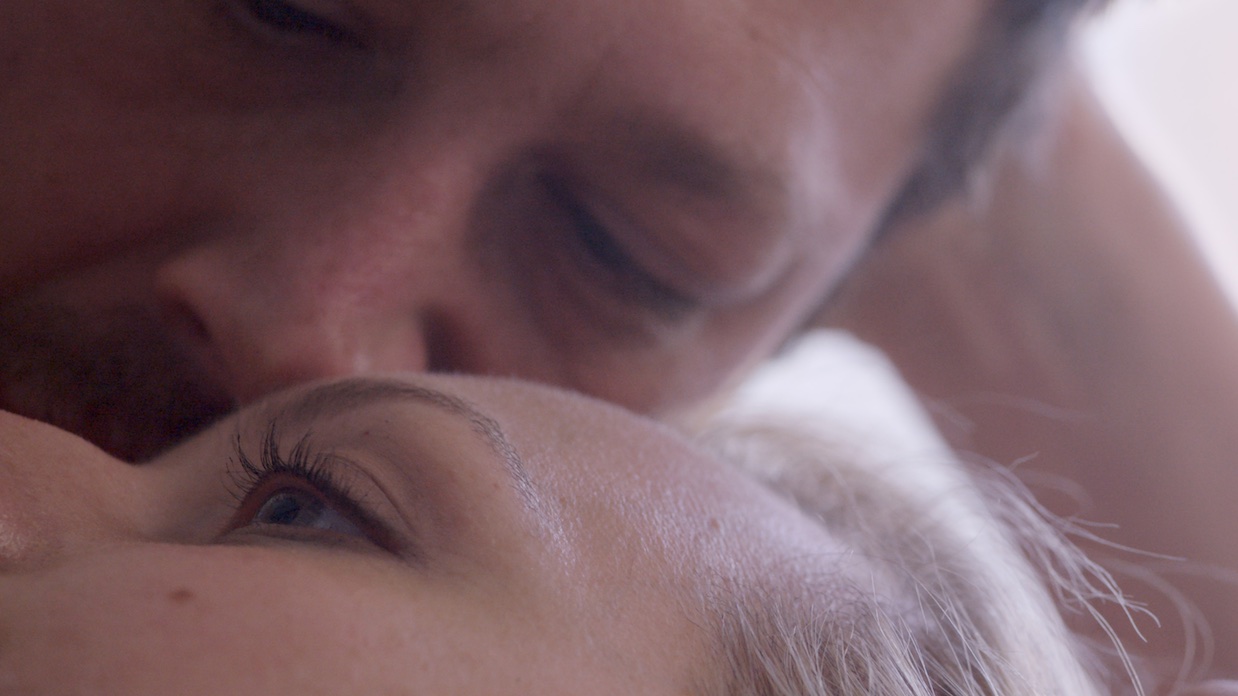 by Scott Macaulay
in Directors, Interviews
on Apr 26, 2017

An unexpected pleasure at this year’s Tribeca Film Festival, Tokyo Project is a romantic drama with a psychological twist starring Elisabeth Moss and Ebon Moss-Bacharach and directed by Richard Shepard, whose career traverses dark comedies like The Matador and Dom Hemingway as well as some of the most memorable episodes of TV’s Girls. But what’s unexpected about this story of two American wanderers who hook up in Tokyo while both seemingly escaping their normal lives is, simply, its existence. The half-hour work is beautifully acted and shot (by Giles Nuttgens), coursing with a kind of romantic cinephilia, and, unlike other similarly polished short films today, it’s completely uninflected by logos, product placement or corporate tie-ins. In other words, as Shepard explains below, it’s a personal work, a bit of creative muscle-flexing between other projects, and not the sort of branded storytelling that, these days, often places in festival programs. With a beautifully melancholy score by Rolfe Kente, a number of classic film clips that play like emotional flashbacks, and a feel for Tokyo’s streets, back alleys and sake bars, Tokyo Project is both heartbreaking and hopeful with its belief in romantic reinvention.

I spoke to Shepard by phone about how and why he made this film and also about his work on Girls. Tokyo Project plays three times more at Tribeca, including tonight at Battery Park City.

Filmmaker: Tell me how you wound up making this independent short film. I’ll confess that as I was watching it I was scanning the decor for product placement; I was trying to figure out whether it was some piece of branded content. But it’s not. So how did you wind up making an ambitious half-hour short in a foreign country with name actors without much visible support?

Shepard: What happened was, I have been directing on Girls, and they were doing an episode in Tokyo that I didn’t direct. Jesse Peretz did, and he did a great job. But I went along with them to Tokyo, and I really wanted to be making a movie there. So I wrote a movie to do it, a sort of side project. I had no idea of how to finance it because I didn’t want corporate sponsorship. And then, literally, and it sounds like a cliche, but I got a residual check for Girls, and it paid for the plane ticket for me, Ebon and Lizzie. I got a free camera from Sony, free editing, and I stole locations. And then I just did what you do — I shot it in five days. I asked Gilles [Nuttgens] to shoot it, and he agreed. It was one of those kismet situations where I wanted to do something creative and didn’t want to wait for someone to say yes to me. You know, making a [feature] takes a few years, waiting for the money and cast. TV is a very creative environment, but you’re working for somebody else. Also, my movies are dark comedies, and I wanted to try here a love story. And I’ve been noticing that the technology exists today to do things very small, in terms of crew, but there is still a huge crew on most endeavors. I thought, can I do something that looks like a movie but with 12 people in two vans? Can it feel like I’m doing almost a student film? Do it in a way that Lizzie is going to change in our van, and we’ll shoot until someone chases us down the block?

Filmmaker: How did you wind up going along on the Tokyo shoot?

Shepard: I date [Girls executive producer] Jenni Konner, and she was going. She had written that episode based on a trip the two of us had taken to Tokyo. So, a personal trip inspired a Girls episode that inspired my short.

Filmmaker: And how did you wind up with a free crew in a foreign country?

Shepard: It was mostly a Japanese crew, and we ended up using the production service company that did Girls. And they did it for us for free. I think we ended up just paying a focus puller. We called in a lot of favors. At some point, someone said, “Do you want to get American Airlines to pay for this?” And I thought, I don’t know if Elizabeth Moss is going to do this if it becomes a commercial.

Filmmaker: So let’s talk about the story. Where did that come from, and how did your more freewheeling approach to production affect it?

Shepard: I wanted to make a love story about two strangers who meet in a foreign country — that was the original impetus. Obviously I wanted to make a movie in Tokyo — I wanted to film in this movie poster shop, this sake bar, this film bookstore, so that made preproduction very easy because I didn’t have to scout anything. I wanted to write a love story and do something slightly unconventional, and I thought this plot twist could be interesting. I wrote a pretty detailed script, and the actors stuck to the script a lot, but there is this moment in the movie where they talk on the street, all in close ups. I shot four hours of them walking around and talking, and two days later, I thought, I should just do it talking to the camera. In a movie, to reshoot anything becomes a big thing. But here we could just take the subway back, find a sake bar that was open to 2:00 in the AM and call it a night. And for Lizzie and Ebon, it was an exciting thing — they felt they could have a say in what we were doing. And then there was that feeling of jet laggi-ness, which didn’t go away. We were all hopped up on Ambien to go to bed, coffee to stay awake, and then sake to go before the Ambien. Being all medicated made it dreamlike.

Filmmaker: What inspired the kind of cinephilia expressed in the short through things like the succession of film clips from Japanese films?

Shepard: That movie poster shop, [which specializes in] movies from ’70s — if I died in that store I’d be in heaven. It seemed to me that if I shot something in Tokyo, and if this character had a fondness for movies, that I could use these images that have stayed with him in some way to pay homage to an extraordinary cinema culture. It seemed organic, an interesting road to go down, and it was fun to go through all these Japanese movies. Also, do you know The Clock?

Shepard: Yes. It’s one of the most amazing things I have ever seen. The use of footage of other movies has a quality that, if you love movies, goes into some deep place in your brain. When you are in a city that you know cinematically, you can kind of remember feelings you’ve felt [through the movies]. And that’s why he has these feelings in the beginning. He’s jet lagged and in Tokyo and can’t help but think of movies that are set there.

Filmmaker: Let me ask you a final question about Girls. Over the course of its seasons you carved out a position as a director who’d direct some of the most talked-about episodes, the standalone stories like the one with Patrick Wilson, “One Man’s Trash,” or this season’s “American Bitch.” How did you wind up becoming the director who’d do these almost short films?

Shepard: First, I feel very lucky that Lena gave me the opportunity to direct “One Man’s Trash” from Season Two, which was the first standalone. That was hugely collaborative in a way that I hadn’t had a chance to do in previous episodes — to dive into the nitty gritty of the scripts, and to fight for the things that I fought for. She appreciated having another point of view [on these episodes], and that’s a testament to her as a producer and her confidence level as a storyteller. And, let’s be honest: “One Man’s Trash” worked, so after that they started funneling these episodes to me, like “Panic in Central Park,” which was another personal thing that Lena wrote. These episodes are also like little movies, and that’s my stronger suit, in a way. A more normal episode of Girls is harder for me than one that allows me to do more cinematically. Well, it’s easier and harder because there’s nowhere to cut! But when you are a TV director you are only as good as the scripts you are given, and I’ve been lucky that Lena entrusted me with these.