“I Don’t Think Movies are Old-Fashioned”: James N. Kienitz Wilkins on His RIDM Retrospective (and Making Art in the Internet Age) 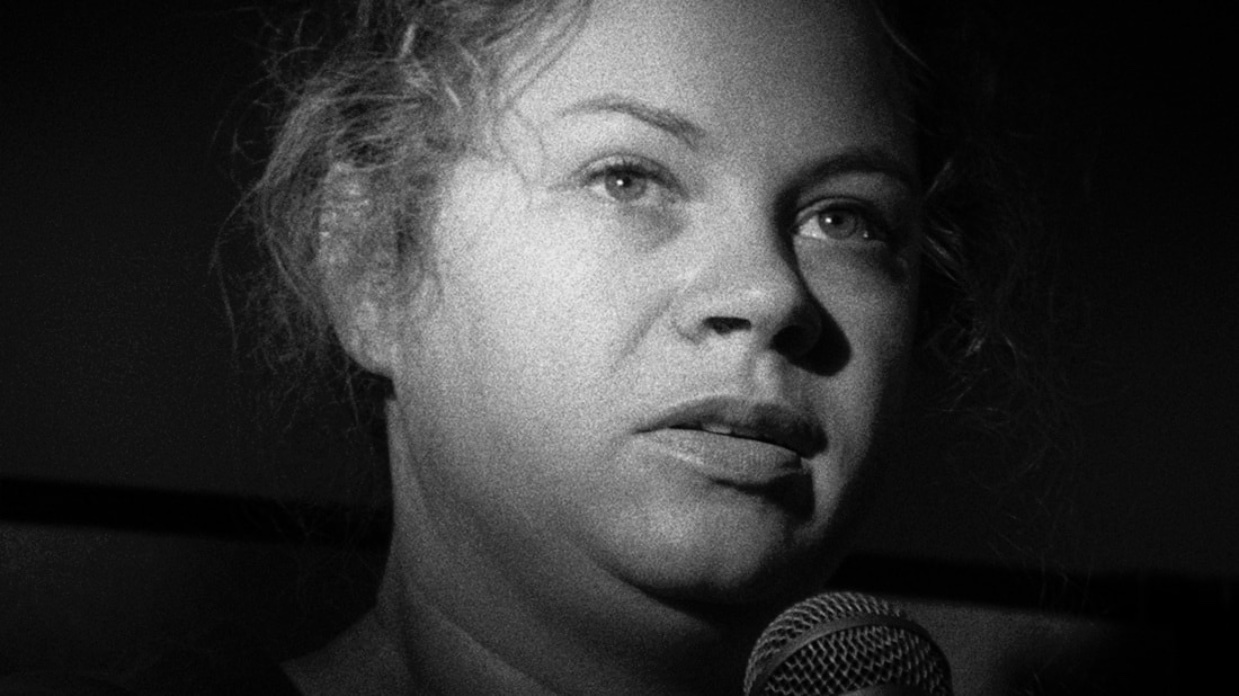 by Lauren Wissot
in Directors, Interviews
on Nov 22, 2017

For this year’s 20th anniversary of RIDM, the Montreal International Documentary Film Festival teamed up with Visions, the city’s experimental documentary film series, for a truly cutting edge retrospective titled “James N. Kienitz Wilkins: Vessels/Containers.” Wilkins, a 25 New Face” of 2016, was honored with four programs containing seven of his works, created from 2012 through 2017. This includes 2012’s nearly two hour Public Hearing, a 16mm, B&W-filmed performance of the transcript from a town hall debate about replacing a Walmart with a Super Walmart, all the way to 2017’s 38-minute Mediums, a medium-length movie made up entirely of medium shots in which actors play potential jurors passing the time outside a courthouse (using actual words from material such as a Dunkin’ Donuts franchise contract and a Volkswagen car manual. This might be my favorite Wilkins work).

So it was with great pleasure that I was able to catch up with Wilkins once again to discuss his delightfully unorthodox approach to the documentary form.

Filmmaker: So you made Filmmaker magazine’s “25 New Faces of Independent Film” last year and already you’re being honored with a retrospective at RIDM. You’re still such a young artist! How did this retro come about?

Wilkins: Well, to be honest, my face isn’t that new. I’ve been living with it awhile (I’m 34), and I’ve been making movies for 24 years. This retrospective looks back to 2012, when my work first started screening in a way that other people cared about. It’s only a portion of what I’ve made to date, although definitely the better portion. It’s co-presented by Visions, which is an experimental film series/venue in Montreal run by Benjamin Taylor, who appreciated and screened Public Hearing in its early days.

Filmmaker: I actually read (in Whitney Mallett’s profile of you for “25 New Faces”) that you were a teen webmaster with coding skills. Though you’ve been making movies since childhood, you also mentioned that you wouldn’t be a filmmaker without the Internet. Which makes me wonder why you choose to make films. I mean, why work in that “old-fashioned” medium, and not say, in something more tech-centric like VR?

Wilkins: I don’t think movies are old-fashioned — there’s so much untapped potential in the form. I find VR (or at least the discourse surrounding it) to be extremely old-fashioned. That somehow technology with save us from ourselves, recovering a supposedly lost ability to empathize, or transfigure reality to cleanse guilt about class, privilege, lack of faith, whatever. There’s an antiquated promise of “virtue” in VR that makes me very tired. To me, movies don’t make promises. Movies openly reveal the contradiction of being at once part of yet separate from an experience, which is perfectly reasonable. That’s something essential about human existence.

However, I’m interested in technology insofar that it lets me realize an idea. The filmmakers I hang with are incredibly technically adept for reasons of freedom and autonomy. The Internet has been central to this through the opportunity to self-educate. Knowledge becomes the valued currency when cash currency isn’t available. It’s allowed me and countless other artists to not take established ideas, answers, explanations and techniques for granted.

Filmmaker: Could you talk a bit about the process of gathering all the elements that make up your films? You’re working with quite a disparate amount of material — from franchise contracts, to town hall transcripts, to Beta SP tapes, etc.

Wilkins: For sure. It’s a bit of chance mixed with evolving interests and ever-revealing patterns. I guess one could call this an “artistic practice.” The Beta SP tape, which became the grounds of Tester (2015), was truly found by accident in an old VCR. Other things were discovered more through process, like the PDF at the root of Public Hearing, which came about through my interest in PDFs as a form. But then in Mediums, which references characters and elements from my older films, certain material, like Trevor Thompson’s poetry, is more like residue or unused leftovers. I will say I have a personal interest or collision with everything I use. I’m interested in the world around me. The stuff of everyday life, I suppose.

Filmmaker: Speaking of disparate, can you let us in on your influences? I think you’ve cited everyone from Bertolt Brecht to Frederick Wiseman.

Wilkins: I don’t feel I’m working in any tradition, and I don’t think anything is above or beneath being a possible influence. I guess I just read and watch and listen and stay attentive. Reading is particularly important. Generally, I’m interested in writers, filmmakers and artists who do what they have to do. For instance, Wiseman is famous as an observational documentary filmmaker, yet a really useful way to interpret his films is through his interest in plays and directing theater. Or someone like Kathleen Collins, who didn’t get to realize her filmmaking to its fullest potential due to an early death, yet left behind an extremely nuanced sense of her filmmaking process through her short stories.

Filmmaker: I’m also quite curious to learn about how you approach sound design in your work. It certainly seems every bit as important to you as the images.

Wilkins: Thank you for noticing that. Maybe it’s more important than images. I usually know from the beginning how a project will sound, what it must and must not include. Sound is never a neutral thing. Some movies, like Indefinite Pitch (2016) are literally about sounds and association, especially how words sound in addition to their meaning. Public Hearing lacks foley or atmospheric sounds because I was interested in the cinema audience filling it in with the noise of their own presence. So when watching (listening) to Public Hearing alone at home, it’s an audibly private experience.