“Don’t Judge Your Footage in the Field”: Tips on Doc Verite Shooting From the Camerafolk Behind One of Us, The Judge, and E-Team 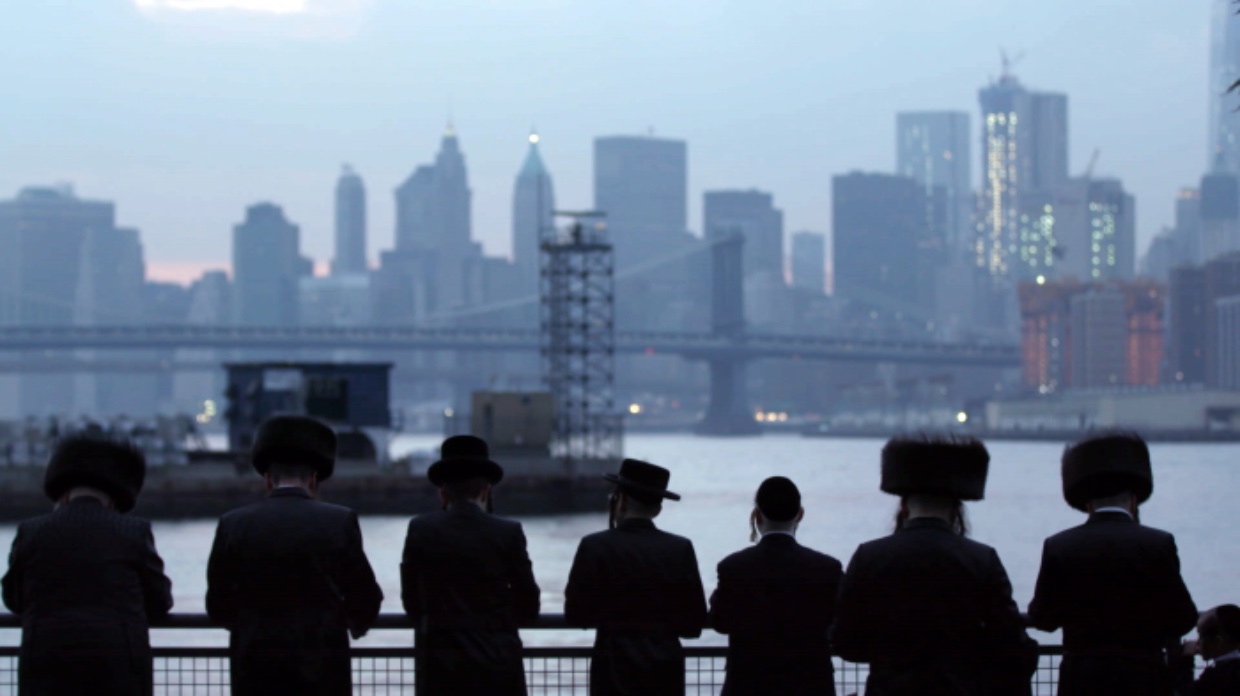 by Lauretta Prevost
in Cinematography, Festivals & Events, Filmmaking
on Nov 27, 2017

Vérité cinema is frequently tossed about as a term, and likely most of us know the broader strokes of the genre: an observational camera whose team aims not to interfere with the subjects or action; a film frequently built on intimate access, shunning sit down interviews or use of archival footage.

At a November 12 DOC NYC PRO panel dubbed “Observational Camera,” five respected filmmakers reflected on the specifics of how they go about shooting direct cinema. Heidi Ewing and Rachel Grady’s One of Us follows three individuals who leave an ultra-Orthodox Jewish community, and on the panel were cinematographers Jenni Morello and Alex Takats, who also associate produced. Erika Cohn and Amber Fares are respectively the director and cinematographer of The Judge, which follows the first woman judge to be appointed to the Middle East’s religious courts of Sharia law. These filmmaking teams were joined onstage by Ross Kaufman, who co-directed, produced, and was one of three cinematographers on E-Team. These shooters reflected on the camerawork that goes into their filmmaking.

As A Shooter You Are A Storyteller First:  Good Filmmaking With Bad Camerawork Will Make The Cut

Kaufman filmed E-Team, a documentary following members of Human Rights Watch as they investigate violations and look to shine a light on abuses. Before shooting a particular scene, Kaufman hadn’t slept for 26 hours, and he was working as a crew of one, playing director/producer/shooter. As the scene unfolded with his main character visiting her parents, hugging and roaming the kitchen, Kaufman recalled, “I’m shy about filming, I like to put the camera down and talk and pick it back up. Instead of at eye level I had the camera down on my lap. I’d be looking down at monitor and back up at the family, sort of gaining their trust… it’s bad camerawork because I wasn’t really shooting, I was half and half.” Kaufman figured this footage would never be used, and later in the evening he shot a sit-down scene around a dining table meant to serve as the “family connection” scene. When he looked at a rough cut, the editor had gone with the low angle, getting-to-know-you-camera-work, which captured moments full of emotion and immediacy. “Vérité camera work,” Kaufman says, “is all about the editor.”

Sometimes documentary shooters are asked to handle sound as well as camera, perhaps due to the size of the location — or the film’s budget. If a cameraperson is also responsible for sound, Kaufman reflected on how it affects how he shoots. “If you’re using a shotgun microphone you have to approach the scene differently,” he said. “You have to point the camera at the sound you want to record, even if you miss something else, and it is a drag.” If you’ve heard it once, hopefully it came through audibly: People will forgive bad camerawork but not bad sound.

To Shoot Well You Have to Know How To Read People

Many of the shooters at this panel work as both directors of photography and directors. Morello believes a large part of being a good cinematographer is the ability to read people. “One of our subjects would say something and I’d think ‘don’t move right now,’” Morello recalled, “because what is about to happen in their face will be more important than getting a shot of their hands.” Fares concurred, adding that technical know-how isn’t as important is being able to read people. “I didn’t go to film school; I’m self taught,” she shared. “It is easy to get caught up with tech and gadgets, and sometimes women cinematographers are afraid of technology. That isn’t as important as your intuition… or as the ability to get intimate, connect with who you are filming, and capture the emotion of the scene.”

Takats reflected on a scene in which he went with the film’s subject, Luzer, to a storage unit, where Luzer planned to look through old photographers of his past life. Takats generally thinks out the shots he’ll need ahead of time, and considers if there’s one way to capture the scene in a single shot. “I think about what I would want,” Takats said, “what would be the ideal way to tell the story.” In the storage unit scene, Takats shot some establishing shots, but the frame is settled into a strong image when the Luzer begins getting emotional: we are in a close up looking up at the man banned from his community, with photographs flipping rapidly through the foreground, and Luzer’s flashlight intermittently flaring the lens, offering a gently obscured view of him beginning to tear up.

Takats knew to pick a strong frame and to stay put, allowing the emotion and nostalgia to unfold onscreen. The scene moved Kaufman: “That’s one of the most beautiful scenes I’ve seen in a long time.”

Takats’ fellow shooter Morello noted that at other times the nature of their filming, which was done in a clandestine manner to avoid detection from the closed Hasidic community, limited their options, forcing the two DPs to think in creative ways, like holding on the reflections in mirrors or windows or hubcaps to film undetected while maintaining the anonymity of their subjects. “With less options you can stay on these shots for a long time and make them beautiful,” Morello said, “as opposed to focusing on editing in your head.” She remembers something Ewing told her DPs: less is more, even — or especially — in chaotic scenes.

For The Judge, part of the aesthetic came from figuring out how to shoot meeting rooms and courtroom scenes in which many of the characters wished to remain anonymous. “Don’t judge your footage in the field,” Cohn advised. “You don’t know how it will be used.” Cohn also reminded the audience not to be afraid to break the rules: her vérité film makes liberal and effective use of reenactments and drone footage.

So Much Of This Always Comes Back To Trust

Morello and Takats felt lucky that they were all involved in pre-production and finding their characters: the DPs were invited to attend community events where they scouted for characters, which meant by the time filming began everyone was comfortable together. “Off camera time,” Morello said, “is as important as on camera time.”

Fares reflected on not putting the camera down in moments of vulnerability: “A number of times I’ve had the camera in one hand and the other hand on the person, consoling them… That way they know I’m not just filming it, but I am there connecting.”

At the time of publication, One of Us and E-Team can be seen on Netflix and The Judge’s screening schedule is updated here.