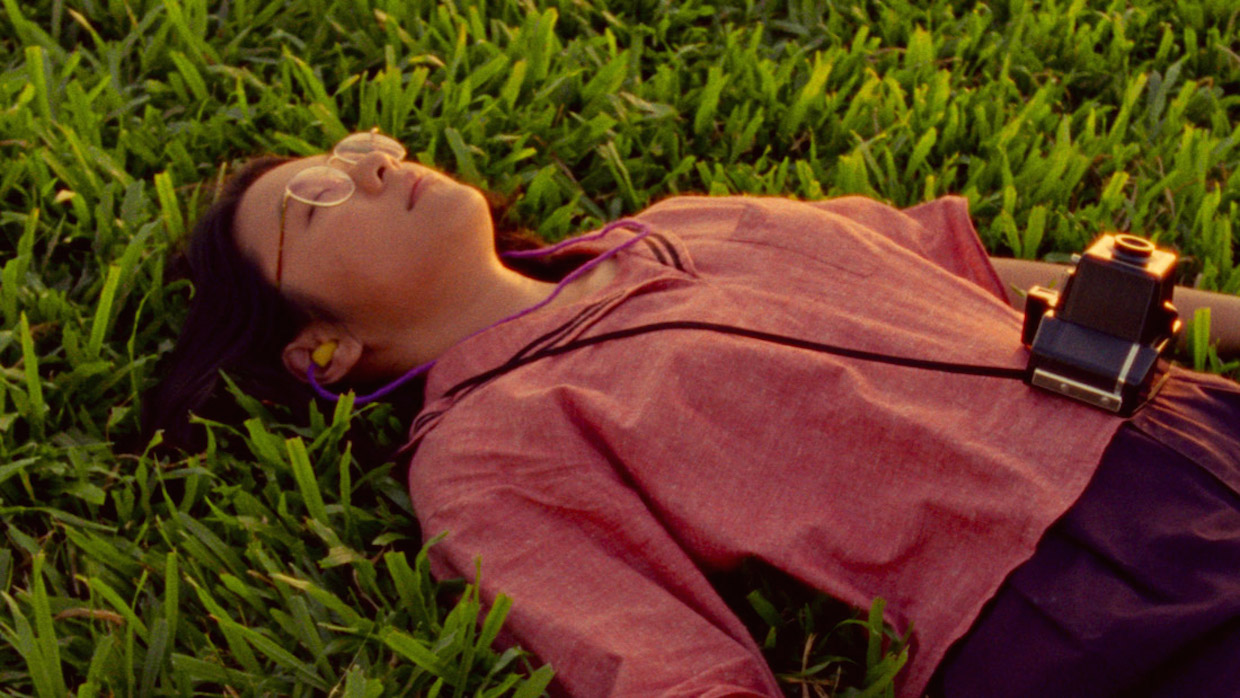 Twenty-some years ago, Sandi Tan and her friends shot a 16mm thriller called Shirkers. It was a guerilla-style production in her home country of Singapore. The film, however, was never finished because a member of the crew – the mysterious Georges – stole all the footage and disappeared. Tan’s new documentary, Shirkers, is an experimental dive into that footage and what it meant to her as a young filmmaker. Tan hired filmmaker Lucas Celler to edit and give shape to the film. Below, Celler discusses editing this “collage film, constructed with everything from video to film to photos to maps to letters.”

Celler: Previous to Shirkers, I was the assistant editor and associate producer of Author: The JT LeRoy Story directed by Jeff Feuerzeig. A mutual friend of Sandi’s contacted Jeff for an editor recommendation after seeing Author at Sundance 2016, and Jeff forwarded my contact info to her. When we met, Sandi gave me a guided tour of her archive – not just the original Shirkers footage, but all of her photos and documents like her feverous pen-pal exchanges and collages of dead insects her cousin made as kids. It quickly became clear I have the right sensibilities for the job because everything she showed me completely blew my mind and the potential was like red paint on the wall.

Celler: As is the case with every documentary film, the cut goes through countless evolutions. Our main goal towards our final cut was making the story as personal and emotional as possible. Shirkers had the great benefit of narration voiced by the main character/director, so fine-tuning the verbiage was a large part of the process. This didn’t necessarily make editorial that much easier, but it definitely allowed for a bit more control concerning how the story unfolds. You can tweak a line of VO till it worked, and there’s a lot of magic and power in that.

Sandi and I worked side-by-side everyday at an editing bay, so it was a very collaborative effort. A great amount of time was spent selecting the right shots from the original Shirkers, which was an opulent pile of gold. It was hard not using every frame of those 37 odd reels of pristine 16mm Kodak film. Every selection was analyzed and reworked or simply tossed out if it didn’t say what we wanted it to say. One thing that was more of a focus at the beginning of editorial but was eventually really chiseled down was a section in the first act about the history of Singapore. It was interesting but too factual and didn’t feel like the documentary we were making. We removed almost all of it except the more personal stories about Sandi’s grandfather and the societal opposition she faced growing up, which had perspective and was emotional.

Celler: Tweaking Sandi’s the narration was a solution to a lot of our problems. A lot of great lines, insights and humor simply would not work in the film and was 86’d. Sandi would write/rewrite and record new VO lines right into the computer using a podcast mic that we used as a temp track. We had a great Rolodex of supporters, or “gurus” as Sandi referred to them, like editor Enat Sidi, our friends at Cinereach and many others who would get weekly-to-bi-weekly updates of our progress and gave us a steady flow of feedback. Revisiting and analyzing the archival we had, like photos and documents and seeing what could be squeezed for deeper meaning, created a lot of great moments in the film. Rediscovering the last letter Georges wrote on behalf of the Shirkers team and realizing how informative it was to his characterization after he disappears. Utilizing the archival “evidence” like realtime detective work turned out to be a breakthrough during the process.

Filmmaker: As an editor, how did you come up in the business, and what influences have affected your work? What editing system did you use, and why?

Celler: I’ve always had a knack for editing since I made DIY skateboarding videos as a kid in the suburbs of Chicago. I moved to Los Angeles after DePaul University film school to intern for producer Chris Hanley, who was making Spring Breakers at the time. I met director Jeff Feuerzeig through Hanley’s production company when he was in the beginning stages of making Author, the documentary about Laura Albert/JT LeRoy. I went through bootcamp under this mentorship and began working for him as a creative assistant, then graduated to becoming his editor and associate producer. Last year was the first time I served as a feature editor, first on another documentary called Olompali A Hippie Odyssey, directed by Gregg Gibbs, and then Shirkers. My main influences are the films of Harmony Korine, Werner Herzog, Rainer Werner Fassbinder, John Cassavetes, Stan Brakhage, the Maysles Brothers and most recently the Safdie brothers.

I’m a big fan of Adobe programs like Premiere, Photoshop and After Effects. The editing system we used on Shirkers was a top-of-the-line Mac Pro with a massive Areca disk array for storage, dual LG ultrawide monitors and a Wacom tablet. I like working online media throughout editorial with the highest resolution media converted into .mov files through After Effects. That way everything is streamlined and efficient. I absolutely loathe slow equipment, it’s the bane of my existence. Time is money and many gray hairs!

Celler: There were a few problematic scenes and transitions we had to tackle throughout the process. In particular, the dramatization of the turning point in the second act where Georges Cardona steals Shirkers was our Moby Dick. In reality, the theft of Shirkers was an event drawn over several years with no ceremony, no concrete announcement of “Hey, I just stole your film suckers!” We also discovered that using legalist language like “steal” and theft” worked against the emotion of the scene because the stakes were much larger than property taken away. What Georges really did was steal the hopes, dreams and aspirations of Sophie, Jasmine, Sandi and all the other countless crew and cast members that donated months of their time – their priceless youth – so conveying that angle, the loss of innocence, proved to be a stronger choice.

Celler: From the very onset Shirkers was also going to be a collage film, constructed with everything from video to film to photos to maps to letters. The power of After Effects allows you the freedom to render the static into the cinematic. One of my specialties as an editor/motion designer is being able to create VFX sequences on the fly during editorial. One of my favorite scenes of this is The Exploding Cat section – Sandi’s awesome zine she made as a teenager – was brought to life using motion design. Another one of my favorites is the proceeding scene, where Sandi indoctrinates her little cousins into making their own collages, was expressed through a barrage of images like bugs taped onto construction paper (a direct homage to Stan Brakhage’s Mothlight) and crazy drawings set to the tune of her cousin Yao making prank calls while playing on his Casio keyboard. Blissful madness! But it serves the story by reminding the audience how creativity and youth and innocence really go hand-in-hand, and what happens later in life when the creativity is lost, or taken away.

Celler: Shirkers footage has never been seen publicly. No one involved in the original production ever thought they’ll ever see this footage again, so completing the film is a really special event. Shirkers is like the final resurrection of a filmic time capsule thought to be lost forever. Everyone that was captured in that particular time and place are perfectly preserved in this magical way. Despite the pain everyone involved had gone through after the footage was absconded, 20 years later, it’s hard not to feel like this is the way the footage was cosmically meant to be used. Now that Sandi has completed Shirkers, there’s a strong message of never giving up on your dreams. If something compels you, follow it to the end. If it haunts you, face it head on. Make a film about it. Life can either be a dream or a nightmare, but does it make a good movie?