New Directors/New Films 2018: An Elephant Sitting Still, Notes On An Appearance and Those Who Are Fine 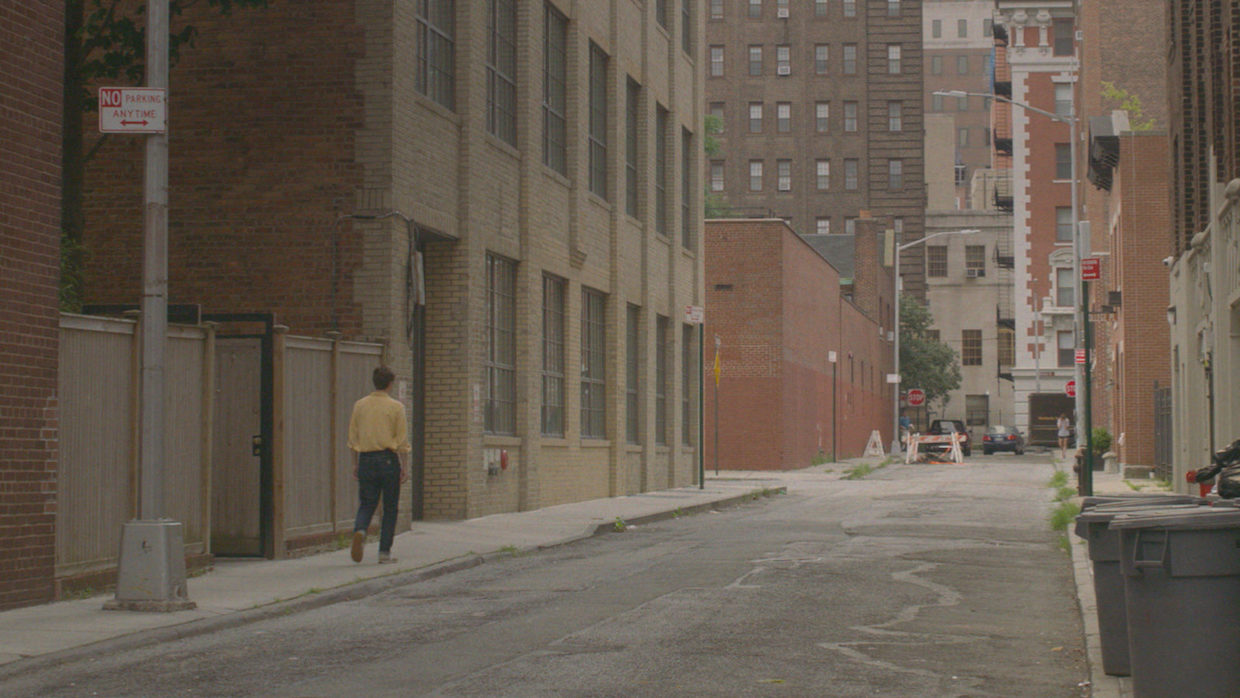 Notes on an Appearance

New Directors/New Films concentrates on first/sophomore features on the more ambitious/undistributable side of the festival ledger; with that mission, it may be my favorite annual NYC fest, so all the more regrettable that deadlines and hellacious MTA/personal dysfunction limited my press screening attendance to three films. (I’ve written from elsewhere about the following titles: 3/4; Black Mother; Hale County This Morning, This Evening; Matangi/Maya/M.I.A.; The Nothing Factory. The latter is especially recommended.) When I finally made it out, Hu Bo’s Berlinale premiere An Elephant Sitting Still made for the kind of textbook intimidating object I crave: a nearly four-hour-long debut by a filmmaker who committed suicide after completing production, saturated in bad vibes and circling around familiar images of maximally dystopian contemporary China.

“Fuck, a lousy day starts again!” someone yells almost immediately — which would be funny if you just saw those words as a screengrab shot (the mood’s relatable), but there’s really and truly nothing funny about Bo’s film. A bullied high school student Bu (Peng Yuchang) accidentally pushes his tormenter down the stairs and needs to get out of town lest he get offed by that kid’s older brother Cheng (Zhang Yu), who himself is having a very bad day, having witnessed his best friend’s suicide after said friend walked back in to discover his girlfriend was cheating on him with Cheng. This all takes place in the first 20 minutes, and not a moment of levity intrudes for the remaining running time; the worst can and will happen at all times.

The film takes place over a single day but doesn’t sweat continuity, veering between morning, afternoon and evening light throughout. Unmoored in time, viewers are stuck in a perpetual morass. The context for this bad mood is not unfamiliar: with its emphasis on chaos and sudden invitations to violence, Elephant recalls Huang Weikei’s Disorder and Jia Zhangke’s A Touch of Sin, among others. (“Among others” is a dodge; I’m not as familiar with as I’d like with the recent Chinese independent cinema I suspect this is in conversation with.) Strangely, Elephant is pretty easy to watch; I didn’t feel its four-hour running time at all. Bo works mostly from two kinds of shots, iterated throughout. The first is a series of walk-and-(optional)-talk shots that trail along pretty functionally — not the compositionally hyper-precise precise walking of Gerry, but something more trudging and pleasure-denying. The other kind of shot places one character in the foreground, either left or right, with one or two other people out of focus in the variably-far-back background on the other side of the frame. Some versions of this static setup (which may lurch into another walking shot) are more interesting than others: one, in which the background person repeatedly reaches out to slap the foreground subject, generates a good deal of tension when the foregrounded head whips towards the camera. It’s a compositional strategy that, refined and honed over several more films, might show more of what it could accomplish in different contexts. Obviously, this will not be happening; it’s hard not to assume that when characters flatly express their disgust, self-loathing and general despair (possibly before killing themselves), they’re speaking pretty directly for its maker. I can’t recommend it as a vital use of four hours, but I’m not mad I saw it; there’s context for this film, regular flickers of not-quite-raw promise in a direction that will no longer be pursued.

In keeping with the direction his shorts leading up to first (proper) feature have been going, Ricky D’Ambrose‘s Notes on An Appearance starts from Bresson’s over-table shots and emphasis on replacing what’s visually absent with a hopefully more scintillating stand-in on the soundtrack. These shots, whose origins are recognizable, become one element of a vigorously-edited collage in which (fictional) documentation tells as much story as what we see of characters’ dialogue and actions. Both strands of narrative are mediated/obscured by elliptical editing; what remains is often incidental or unhelpful. The spare, incident-by-incident diaries left behind by disappeared protagonist David (Bingham Bryant) — who literally walks out of the movie in an extended street shot 1/3 of the way in — are contextualized by subway and city maps establishing each next location. The subject of his friend’s study, super-agitationist philosopher Stephen Taubes (Stephen F. Cohen), makes up the other strand. There are home videos taken by Taubes and, rather dazzlingly, an array of mocked-up books written by and documentation on him: a New York Times obit by William Grimes, book reviews in the NYRB and another in Harper’s, Louis Menand in “Critic at Large” mode in The New Yorker, down on through the Washington Post and New York Post. The amount of layout pastiche, all in a particular pocket of media consumption, is almost counterproductively impressive.

Appearance owes its structural pivot — the protagonist giving way to the lives going on immediately after, and eventually seemingly forgetting, his disappearance — to L’avventura, which is almost public domain by now, but its vibe is very now in a particular pocket: the intersection of intense collegiate grad types (mostly though not exclusively male), tons of coffee, cigarettes (optional), piles of Verso Books and everywhere the ambient noise generated by routinely-articulated #dissent in pseudo-manifesto form. (From one of its subjects’ notes: “Connect to statements about freedom, history, etc.”) Notes does not assume a constant pose of severe or quasi-objective remove: a ghastly Q&A session with three translators lays in a ringing organ note of doom before every terrible question lands. If a shot of David trying to read Spinoza in a coffee-shop — camera angle over the opened pages and a coffee shop, an especially vacuous post-hook-up recap off-camera — creates an almost comically severe binary (diligent study or the worst conversations ever heard in 2017 Brooklyn), consistently clipped editing keeps the tone fluid: humor is in the cuts, and the film is never needlessly dour, deliberately refusing to dutifully find its way to a neatly summarizable Statement About The Zeitgeist.

Cyril Schäublin’s Those Who Are Fine (an excellent title) is an expanded version of one of those awful, currently omnipresent commercials in which ostensibly ordinary people in no way being compensated for their statements have animated conversations with friends, neighbors and strangers about the merits of their data plans while getting passionate about their provider. The primary recurring topics of conversation are Everywhere Switzerland, a new (low-cost!) internet provider, whose cold-call telephone reps are housed in the same building as a new health insurance. Alice (Sarah Stauffer) calls the elderly and asks them questions (“for your own safety”) about their ID number and bank account balance, flipping that knowledge after work for a scam where she calls her work-hours clients pretending to be a granddaughter in need of immediate financial assistance. Her path eventually converges with two policemen sent to track her down; they, too, are always talking about their differing data plans.

Much of the dialogue consists of people reciting VLAN addresses or griping about their coverage fees; it’s also a very Now movie in the most morbid sense. If anything, Schäublin is a little too clear about what’s going on: training his gaze on characters outdoors from beyond-surveillance-camera distances, he contrasts the elderly and none-too-tech-savvy getting defrauded with civilians pulled aside by police checking bags in the wake of a bomb threat, a juxtaposition in which both individual participants and systems can repeatedly invade the security of, harass or otherwise mess with a too-complacent populace. The point, however, is well-taken and the film morbidly amusing: the hell we live in now, but more so, captured with impeccably discipline for the mundane.