“We Sometimes Think of the Film as a Quirky Guide to Grieving”: Elan and Jonathan Bogarín on 306 Hollywood 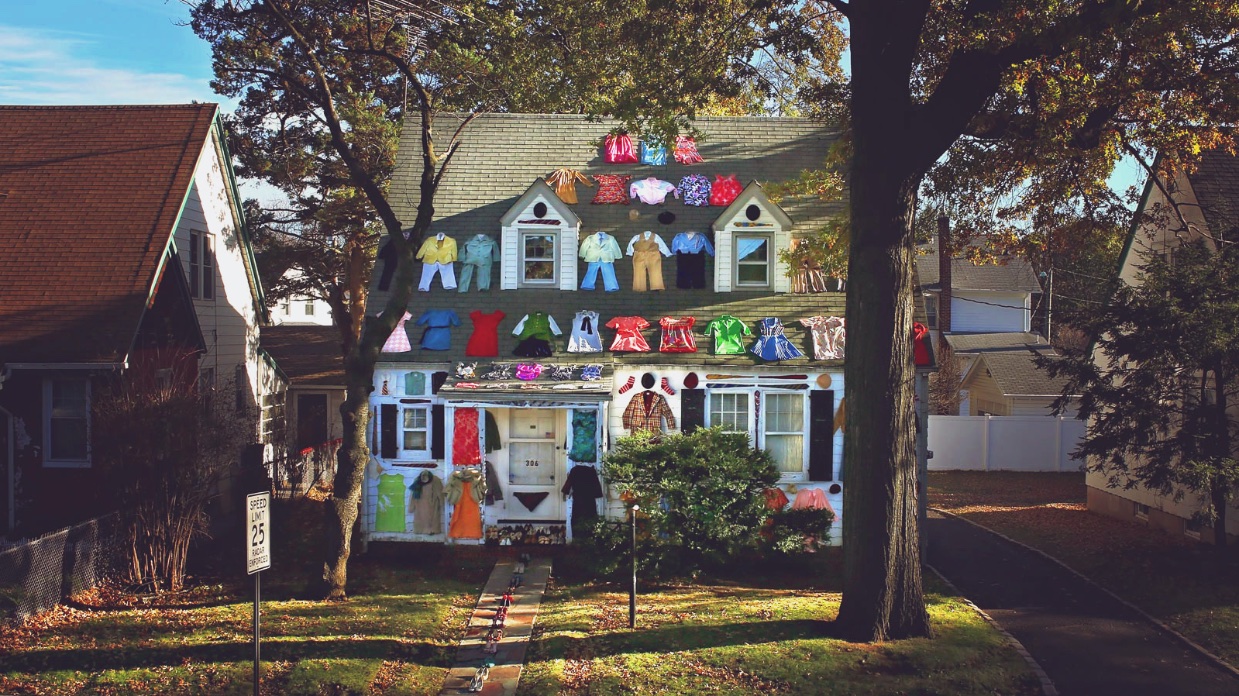 by Lauren Wissot
in Directors, Filmmaking, Interviews
on Sep 28, 2018

At first, the notion of sibling filmmakers creating a doc about clearing out their recently deceased grandma’s house in New Jersey struck me as a potential recipe for a navel-gazing home movie. But the sister-brother team of Elan and Jonathan Bogarín, 25 New Faces alum, is not your average documentarian duo (even as their beloved Jewish grandmother is a familiar character — at least to those of us who grew up with idiosyncratic Jewish grandmas in Jersey. My physician grandmother in Teaneck likewise believed there was no wrong time for gefilte fish).

Yet it’s this transformation of a very personal story into an artistic work resonating with universal themes — the deep sense of loss that comes with death, contrasted with the jubilant celebration of a life well lived — that makes their film so emotionally powerful. And it’s the magnificent imagination of the Bogaríns themselves, who decide to treat their fashion designer grandma’s home at 306 Hollywood in Newark as an archaeological excavation site (even going so far as to visit Rome to better understand the process!) that makes this “magical realist documentary” alternately inspiring, heartbreaking and, above all, innocently enchanting.

Filmmaker caught up with the outside-the-box-thinking siblings prior to the film’s theatrical release today.

Filmmaker: For me, one of the most thrilling aspects of the doc lies in the tension between your highly stylized formal filmmaking (including meticulously composed shots and theatrically staged scenes) and the practically anarchic plot, with your “archaeological dig” ultimately evoking the feeling of freefalling down some endless rabbit hole. Was this tension something you were aiming for, or did it just happen organically?

The Bogaríns: I think this tension comes from trying to make a completely real documentary and a completely fantastical documentary at the same time. We really excavated the house at 306 Hollywood Avenue, and the narrative twists and turns in the film are what we actually experienced.

At the same time, we knew from very early on that every image in the film had to be a metaphor for the emotions and ideas that were unfolding in real life. In order to strike this balance we developed a whole production process that allowed us to toggle seamlessly between fantasy and reality. Sometimes we would edit an interview with our grandma or an expert; then those ideas would inspire imagery that we’d incorporate into the cut. Other times we felt compelled to create images because they felt right, and then we had to figure out how they fit into the story. By the end of the process we were filming, editing, writing, and composing the score simultaneously. We shot the final image of the film two days before picture lock!

Filmmaker: I still can’t believe this “magical realist doc” was created with a crew of two. How did you manage to give such a small personal film the look and feel of a big-budget production?

The Bogaríns: From the beginning we set out with the goal of making an ordinary person’s story feel extraordinary. This required us to create imagery that looked and felt like fiction film and visual art, even though we didn’t have much budget and usually no crew. We spent a tremendous amount of time on every detail — often a single shot would take a whole day. In the scenes where we appear, we were the entire cast and crew. The exact replica, scale model house took over a year to complete.

In addition to time and perseverance, the other secret is that we’re both visual artists and lifelong students of art history. Our collective mental index of images is huge, and we drew inspiration from 2,500 years of art history, ranging from Roman architecture to 19th century museum display, contemporary photography and installation art. A professor once said, “As long as you have a lot of ideas you’ll be okay.” She was right.

When we did bring on collaborators we were extremely fortunate to work with amazing people who believed in what we were trying to do. Our composer Troy Herion, editor Nyneve Laura Minnear, DP Jano Mejía, choreographer Malinda Allen, and all the other incredible artists, dancers, actors, filmmakers and artisans we worked with all went the extra mile.

Filmmaker: Though the film is unquestionably cinematic (I think one reviewer even made a Wes Anderson comparison), in last year’s 25 New Faces interview you cited Joan Didion as an influence, and noted that you were trying to make “non-fiction film into something like a literary format.” I’m guessing Didion’s The Year of Magical Thinking was a touchstone, though can you elaborate on this literary aspect?

The Bogaríns: The list of books that inspired this film is as long as the list of artworks. The Year of Magical Thinking was a particular touchstone because Joan Didion gives clear voice to the subjective experience of grief. She also combines her visceral experience with a journalistic objectivity, as if she’s looking in on herself. This combination of raw emotion and clear-eyed intellect was very instructive. In 306 Hollywood we aimed to express subjectivity in ways that felt real for the audience while also showing the larger ideas that make our experiences more universal.

A very abbreviated list of other literary influences includes: Italo Calvino for his blend of literature and fables; Jorge Luis Borges for his obsessive and magical cataloguing of reality; Meghan O’Rourke for the way she transforms personal experience into archetypal language; and Alan Lightman (who appears in the film) for the way he connects domestic life with the great mysteries of the cosmos.

Filmmaker: You began filming your grandmother a whole decade before she died, which gave you a treasure trove of home movies to incorporate into the doc. Did you always intend to make a movie about her? Or did the act of shooting allow for some clinical (magical?) sense of control over her mortality and ultimately the messiness of grieving?

The Bogaríns: Elan got the idea to film Grandma when she got her first camera in film school. We knew Grandma wouldn’t be around forever and interviewing her was a way to create a record of her life. It soon became apparent that she was willing to talk about absolutely anything, so the conversations became a fun and regular part of our weekly visits. Grandma was a real collaborator and we all knew that we were making something — just not totally sure what.

It was Grandma’s death that really launched the idea of making a film. It dawned on us that we didn’t really have a traditional way to deal with grief, so we used filmmaking as a way to explore the experience. Every single person who loses a loved one has to deal with this situation, and we wanted to create a film that was relatable and also useful. Now we sometimes think of the film as a quirky guide to grieving.

It’s interesting to see Grandma in the film now with some remove because it is amazing how philosophical and courageous she was. She understood and accepted the realities of her life in a way that’s remarkable. Her way of communicating things seems straightforward and often funny, but it feels like we’re learning more from her all the time.

Filmmaker: You’re the founders of El Tigre Productions, a bilingual strategy/production company, which has worked with some heavyweight museums, including The Whitney, MoMA and The Getty. So I’m curious to hear how your commercial art in the service of fine art background informed this first documentary.

The Bogaríns: We could never have made 306 Hollywood without starting El Tigre Productions. First of all, for years no one would fund a magical realist documentary about our grandmother (I can’t imagine why!) so the business provided a source of funding. Secondly, running the business forced us to learn every single job in film, all of which came in very handy. Third, we had to make a lot of films for our clients and got a chance to try out new ideas every time. (Jonathan’s background is in art and education, so for him it was like going to film school.) Lastly, working for museums required us to tell very complex, often academic stories in creative and accessible ways. In 306 Hollywood we delve into science, religion, history, life and death, but we do it with creativity and humor. Hopefully this makes big ideas feel accessible and entertaining.