“There’s Something Clearly Wrong, But We Just Can’t See It, Though It’s Part of Everyday Life”: Lee Chang-dong on his Haruki Murakami Adaptation, Burning 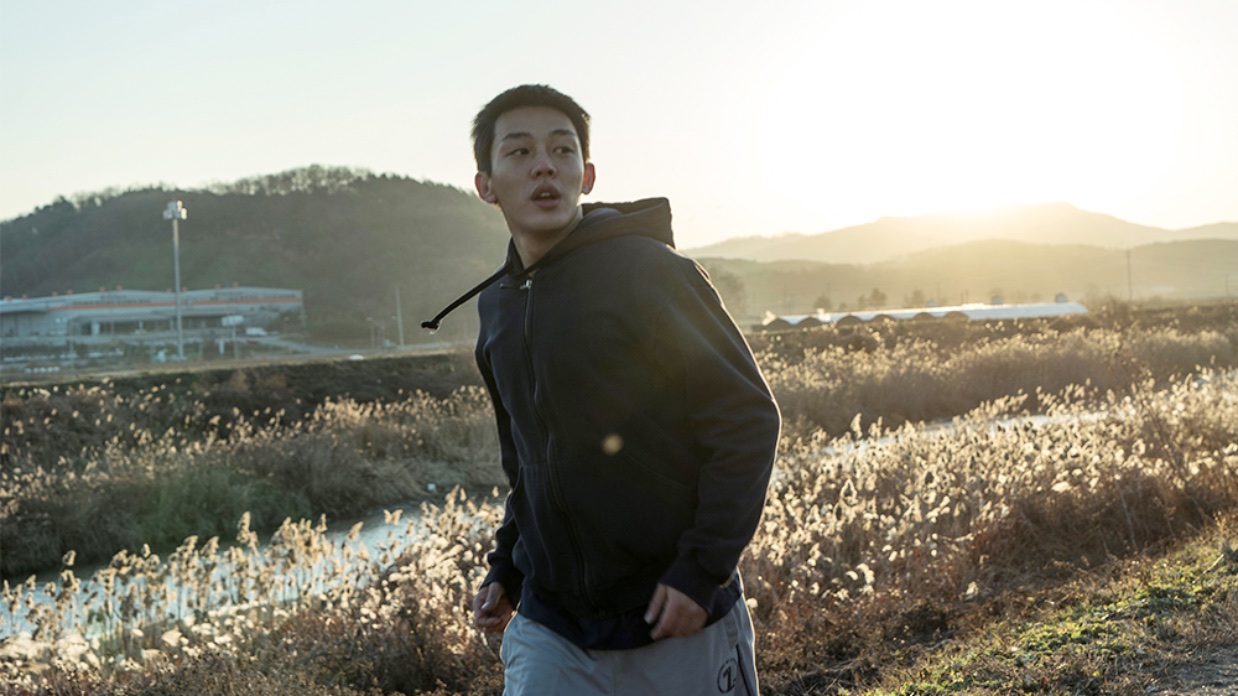 In Lee Chang-dong’s latest masterwork Burning, mystery is everything. The two-and-a-half hour epic lives and breathes the tiniest ambiguities of every waking moment, refusing to come to anything resembling true clarity, but in its way offering as clear a depiction of the stresses and concerns of modern life.

The film, Lee’s first as director since 2010’s Poetry, is based on the short story “Barn Burning,” by Haruki Murakami, and tells the story of Jong-su (Yoo Ah-in), a young man living without much means close to the border with North Korea. On a visit to Seoul he bumps into a childhood neighbour, Hae-mi (Jeong Jong-seo), a mysterious, often flighty young women with whom he strikes up a romance. When she goes away on a trip to Africa, she comes back with another man in her life. The enigmatic Ben, played by The Walking Dead star Steven Yeun in his first all-Korean production, is a seriously wealthy man with an impeccable cool and class about him, but also an emptiness. As the film goes on, he begins to seem more and more suspicious, leaving Jong-su and the audience alike speculate that he may in fact be a serial killer.

What’s striking about Burning, beyond simply the intelligence of its plotting, is the craft on display. Lee goes well beyond the bounds of the typical serial killer mystery to explore in moment after quiet moment the modern condition of social alienation. From wealth inequality, to gender relations and politics, Burning is a movie very much of the present moment that at the same time transcends the zeitgeist, not unlike the work of Faulkner or Fitzgerald’s The Great Gatsby, which itpointedly references.

I sat down with Lee and his interpreter at the Toronto International Film Festival last month to talk about Burning, creating a film entirely around unanswerable mysteries, and what those mysteries reveal about the world around us.

Filmmaker: You combine so many ideas into this film, which is ostensibly just a serial killer story. What motivated you to use that sort of plot to explore things like politics, gender and economics?

Lee: As you know, the film is based on Murakami’s short story, and in it there’s a small mystery with no resolution in the story, and I thought the fact that there’s no resolution speaks to the fact that the story is not just about solving the mystery, but the fact that this mystery can be expanded to other bigger mysteries, the mysteries of life or the current world we live in. It is very difficult to figure out what is the root cause of the misery and the pain that people feel these days. The causes could be political, economic, it can have to do with economic inequality or gender-based inequality. There are all these different types of causes it could potentially be, and that’s where the mystery of life comes in.

Filmmaker: The movie is very ambiguous about what’s going on, and you let the audience really sit with the characters in those moments when things aren’t clear. It’s not a short movie, it’s quite long, how did you find the shape of the movie and that ambiguity in it?

Lee: If it was a typical mystery there’s actually no need for the movie to be that long, but I wanted to create a specific cinematic experience for the audience in which there are several layers of the mystery that have been expanded, and the process of going through those layers, and the specific flow that process creates. I wanted the audience to experience that this in and of itself is a story and a movie, how the mysteries of the world can become the story, become the narrative, how a movie can communicate to an audience the mysteries of the world.

Filmmaker: I was also curious about the casting of Steven Yeun in the movie. Was there a significance to casting an American star for that role?

Lee: Steven is well known in Korea as well. From the image they had from The Walking Dead, he’s a very kind character, and with the Ben character and his image in the movie there has to simultaneously be a kindness to him, a gentleness, but also the glimmer or the potential that he could be a serial killer. I thought the duality Steven already carries within him and the duality in Ben would meet up well.

Filmmaker: So was it partly also the image of him as a star, where the audience is bringing their preset ideas of who he is when he enters the picture?

Lee: All those things are important when casting. The image the actor has and also the potential that they carry within that might not yet have been shown. And Steven especially, if you consider Okja, he has been in a Korean movie, but this one is more substantially his first, so I definitely considered that.

Filmmaker: Obviously it’s deliberate that at any point in the movie there are multiple explanations for Ben’s behaviour, but I was curious how you developed that in the plot and filmmaking.

Lee: Even before shooting began I discussed a lot with Steven about the character, and fortunately Steven understood the character better than I had hope for. The fact that the fundamental reasoning behind all of Ben’s actions could be found in the emptiness and the void that Ben feels at the bottom of his being, regardless of who Ben actually is, whether he’s a serial killer or not. The fundamental reasoning behind his actions is that, and Steven understood that. We talked a lot about the balance that we had to hit on every shot, every take, every sequence, this tightrope walk. That you could take each shot and go both ways, more in one shot than others, one way or the other, but in every shot you had to think about the balance. We discussed that a lot throughout the process. Even in the last shot of the movie, we discussed a lot about what Ben’s feelings and emotions at that particular point in time had to be, and there were several options that we discussed for it. Within those several options there were some that went beyond the simple reasoning behind why he did what he did, but that had a more philosophical base. Not that we necessarily needed to communicate all that to the audience, but amongst ourselves we had those discussions.

Filmmaker: The Hae-mi character is also interesting and ambiguous. You don’t really know why she does the things she does. There’s a great line her co-worker says, “There’s no country for women.” I was interested in what drew you to creating a character like that and expressing something about women in the world, or perhaps Korea specifically.

Lee: The “no country for women” line was just a direct comment that I wanted to make. But in terms of the Hae-mi character, it was purposely constructed, the way that she is in the movie. On the surface level she can just be a missing woman in a regular thriller, she can just be a victim of a serial killer in a simple sense, but in another sense she’s actually key to the whole point of the movie. Because depending on who she is, and why she is the way that she is, the interpretation of the entire movie can change. If Jong-su and Ben represent the younger generation—whether it’s someone who’s poor and in a hopeless situation or whether it’s someone who’s better off — if they can be representatives of a younger generation, so can Hae-mi. She’s a member of the younger generation who’s continuously trying to find the meaning of life.

Filmmaker: Is that what you see in the younger generation, that we’re lost and searching for that meaning?

Lee: I do see that the world today seems to have changed. In the past there were always problems with society, whether they had to do with social status, economic inequality, etcetera, all these problems existed. But back then, people believed that there was some thing, like an entity against which you can fight to make things better. Now the modern world is more beautiful and more convenient than ever on the surface, but inequality is getting worse and the helpless, spiritless condition of younger people is worsening. The younger generation is starting to think that the cause is within themselves, that it is their fault that they are this way. That is creating the rage within.

Filmmaker: You include a little bit of Donald Trump in the movie, do you think that represents something to fight against, or is that just more hopelessness?

Filmmaker: And it’s kind of oppressive.

Lee: It is oppressive, but we don’t think of it as a mystery. But politics, economic issues, they’re all mysteries in the end, like the phone calls in the night.