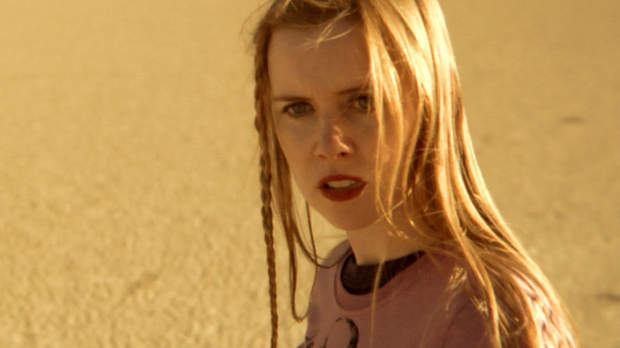 Facebook, Twitter, Open Indie, Kickstarter — are these new media tools fulfilling their great promise for indie filmmakers? Or are they just a drag? The answer lies somewhere in between.

While social media’s cheerleaders are many — Scott Kirsner, Lance Weiler, Ted Hope, Peter Broderick, Jon Reiss — the solvency of an Internet-enabled DIY filmmaking-and-distribution model is far from guaranteed. At this early stage, the successes are few and far between (Tze Chun’s Sundance drama Children of Invention; Franny Armstrong’s eco-doc The Age of Stupid), and some are calling a sustainable indie-film infrastructure built around crowd-funding and social-network marketing a naïve proposal.

“I don’t think it’s going to be the savior of independent film,” says consultant Brian Newman, the former executive director of Renew Media, “but I do think it’s a new arsenal of tools that we can potentially use.”

Certainly, some filmmakers have been able to employ new media tactics with varying degrees of success. Cult filmmakers like Cory McAbee (Stingray Sam, The American Astronaut) and Crispin Glover (who recently sold out several shows of his films It Is Fine. Everything Is Fine! and What Is It? at New York’s IFC Center) have converted active Web presences into paying customers. The Finnish sci-fi spoofers behind Star Wreck have generated nearly 14,000 screening requests and a reported 120,000 euros in crowd-funding (for a budget of several million) for their latest in-the-works Nazis-from-the-moon sci-fi epic Iron Sky. And while it’s hard to quantify the impact of the social media support for Banksy doc Exit Through the Gift Shop ($2.1 million at the box office and counting), the film’s distribution consultant Richard Abramowitz says the release benefited from “having credible champions.” Noting the advocacy of Kevin Smith and his 1.7 million Twitter followers, Abromowitz says, “You need the right people to communicate to the other right people.”

On the other hand, DIY production maven Joe Swanberg, director of Hannah Takes the Stairs and Alexander the Last, has become cynical about the participatory approach. “I think it’s completely overwhelming and totally worthless,” he says. “I don’t think a Facebook message or a Twitter update translates to asses in seats. Maybe if your movie is free online then the technology could lead someone to watching your movie. But if the technology needs to take more than one step — from computer to the real world — you lose people.”

As proof, Swanberg relates an anecdote about his wife’s Chicago-based homemade ice-cream company Nice Cream. After continually Tweeting and e-mailing updates to prospective buyers, it wasn’t until she went on a local TV show that sales jumped. “It’s totally old school,” says Swanberg. “But that’s what it is: get yourself on the radio, get yourself on the TV. That’s still where the audience is.”

Like many filmmakers, Swanberg’s biggest complaint about the DIY model is that it prevents him from working on new films. Even self-distribution advocate Mynette Louie, producer of Children of Invention, which so har has recouped over 30 percent of its budget from DIY efforts, agrees with this sad reality. “Doing the distribution took a lot of precious time away from our other projects,” she says. And the team’s Kickstarter campaign to help fund self-distribution failed, garnering just $1,430 of a $5,000 goal. “We [were] sort of relieved about it,” Louie adds, “because we were dreading having to ship large posters and signed DVDs to [our contributors].”

But DIY pioneer Arin Crumley, co-director of Four Eyed Monsters and co-founder of Open Indie, the Web-based utility that allows audiences to request film screenings, offers a counterargument: essentially that trying to survive as a filmmaker nowadays goes beyond any one project. “If you want to connect with audiences, and you want to bring people together around ideas, imagery, concepts, feelings, culture, that is a process that extends beyond taking up cameras and pointing at things,” he says. “The entire rest of the process shouldn’t be sold short. I’m not saying a director should take the burden of everything. Maybe they need to delegate. But part of filmmaking is connecting with audiences.”

Connecting and cultivating audiences isn’t always easy, especially if you don’t have access to sci-fi fanboys or Kevin Smith. When Zak Forsman, a founding member of film collective Sabi Pictures, paid $100 to help launch Open Indie, his dramatic feature Heart of Now rose to the top of the catalogue, with, at last count, an uninspiring 123 requests. “There’s potential there,” says Forsman, “but in the last couple months, the number has plateaued and there hasn’t been an effort to build a community more than the filmmakers who have put up their films.”

Crumley admits that Open Indie has yet to take hold with regular moviegoers. “It’s a new idea,” he says. “Nobody has hit a home run yet, but that will happen. What’s needed is a film to take that brave step of using a community distribution approach for an entire campaign.” Kickstarter, on the other hand, has proved more effective, according to Crumley, particularly for films that have very low budgets; he cites examples from Open Indie participants such as Gregory Bayne ($25,000 for his upcoming doc) and David Branin ($17,000 for the postproduction on indie drama Goodbye Promise).

Indeed, while Forsman’s requests have been subdued, he welcomes the attention he has received. Through Open Indie and another similar site called Crowd Controls (crowdcontrols.cc), potential screening hosts have come forward from film universities, film clubs and café screening series, from Portland, Maryland and New York to even Capetown, South Africa. Forsman has, however, also learned another important lesson. Using Facebook and Twitter to deliver a general sales pitch to friends and followers was the “equivalent of a guy at a film festival shoving their DVD in people’s hands.” What’s been far more effective, he says, “is developing sincere relationships with people, both online and at film festivals.”

Such lessons indicate one of the central problems of the new do-it-with-others revolution; it may be just too early in the process. Noting such up-and-coming artists as Zoe Keating and Josh Frese, Newman says, “We’re still at this beginning clumsy stage. But in the music industry, there are musicians who have completely left their labels and are selling all their own albums and it’s working for them. And that’s what people are looking at. If you can build a fan base there, why can’t we do it with independent film?”