“Love and Injustice”: Composer Nicholas Britell on the Score for Barry Jenkins’ If Beale Street Could Talk 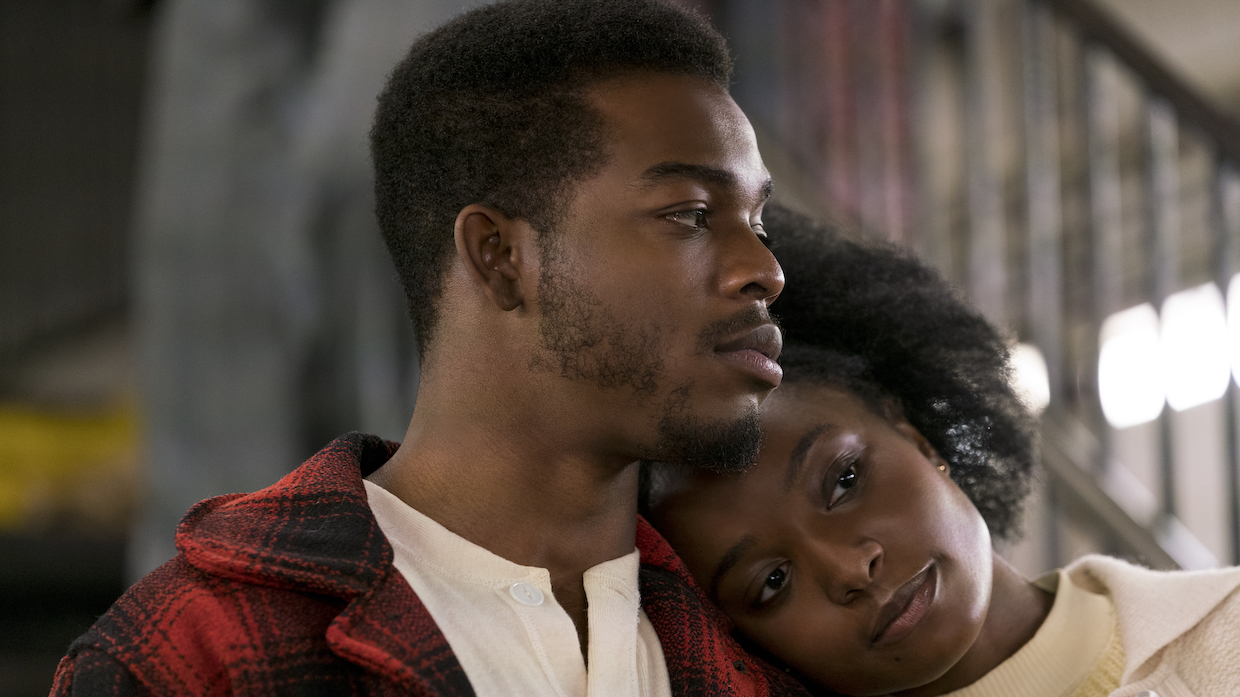 If Beale Street Could Talk

New York City in the 1970s occupies a special place in the popular imagination; there was a look and feel and, more important, a sound that captured the range of the city from grit to glitz. Barry Jenkins’s new If Beale Street Could Talk is set during this era of New York City, and the look is unmistakable: The backdrop is full of Impala yellow taxis, small shops and cool lofts. Yet the city fades into the background, giving way to the compelling and un-self-consciously presented love story of Tish and Fonny, childhood best friends in Harlem who become lovers as adults, and then the saga of Tish and her family to free Fonny, who is falsely accused of rape.

Rather than become an exercise in retro cool, though, Jenkins’ adaptation of James Baldwin’s classic novel takes a deep dive into character study and revelation, with the film’s score following suit. Rather than riff on the classic soul that plays when the characters put on a record, Nicholas Britell’s score works in tandem with Jenkins’ images, imbuing them with a sense of grace and sensitivity. If in his two most recent works — Brittell scored the director’s previous, Oscar-winning Moonlight, too — Jenkins is developing a modus operandi of celebrating the softer side of people who code visually and are revered for their hard, tough exterior, then he has found an ally in Britell, a composer who is adept at finding unique means of amplifying the director’s approach. “Working with Barry was an incredible experience,” says Britell. “He’s open to new ideas and really views the relationship as a collaboration.”

Britell boasts a diverse résumé for a fast and upcoming composer. While studying psychology at Harvard, he trained as a classical pianist and performed in a hip-hop band called The Witness Protection Program under the nom de beats Dr. ATM. After he graduated, he took a job as a currency trader while figuring out how to make a living in New York City as a composer. Two of his first cinematic works involved collaborations with a Harvard classmate, Natalie Portman: her directorial debut, Eve, and then her segment in the 2008 anthology, New York, I Love You. Before working with Jenkins, Britell won notoriety for his work on contrasting projects. He composed the music, mostly string bands, some of them playing onscreen, in Steve McQueen’s 12 Years a Slave, and he did the bro-inflected hip-hop and funk score for the documentary The Big Short.

“Barry and I work really closely together and will often meet up in my studio in NYC for days at a time,” the composer says. “Each film brings a different potential musical landscape, so we definitely explored different sorts of ideas. In particular, with Beale Street, I would say the level of sonic experimentation was more extreme than what we created in Moonlight. The sorts of musical morphing and audio distortions that I incorporated into the musical textures around Officer Bell, the motifs related to the prison system and injustice, and the music around Fonny’s sculpting are all an evolution from the sorts of experiments that Barry and I first started on Moonlight, taken to a much farther degree.”

“The movie is about love and injustice,” says the composer about Beale Street. “We wanted a musical landscape that reflected the contrasts.” Strings, especially cellos, convey the blissful emotions between Tish and Fonny and accent their scenes together. There’s a romantic element to the music that meshes seamlessly with the segments of classic soul from the era found in other scenes. As injustice begins to rein in the story, the music shifts from the sunny optimism of major key signatures to the dark overtones of minor keys and unruly horns reminiscent of the loft jazz era. It is in the scenes where injustice rules—the arrival of the cop, the prison scenes and Fonny’s fading hopes in the legal system — that Britell does some of his best work. “We bend the sound of the horns to convey a ’hell on earth’ feel,” he says.

Britell was born in 1980, but he blends the passion of a revivalist with the savvy of a musical omnivore. Horns hint at elements of free jazz and are backed with soundscapes straight out of Wu-Tang. This simultaneously deepens the sense of period in the film while reinforcing that a core tenet of the African American experience is a battle against injustice.

If Moonlight was Britell’s breakout moment, If Beale Street Could Talk may be part of a series of works that creates his next one. The composer is creating the music for Succession, the HBO series about the patriarch of an international media conglomerate and the ramifications of his decline, and he created the score for Vice, the Dick Cheney biopic due out at Christmas. Yet there is little risk that these projects will overshadow the significance of Britell’s work with Jenkins. Together, they have taken the oft-asserted phrase “Black Lives Matter” and elaborated it with beauty, depth and drama. And in If Beale Street Could Talk, they have done the same for New York in the ’70s.