“The Miracle of Securing the Prison Location”: Director Laure de Clermont-Tonnerre | The Mustang 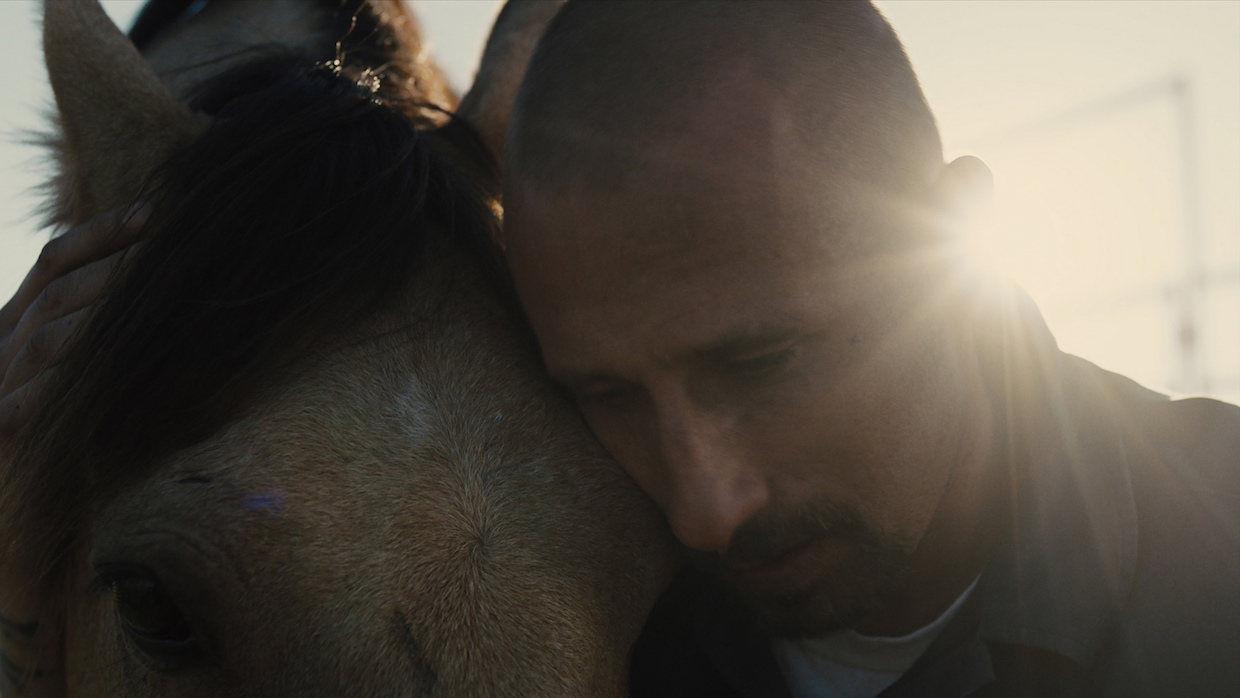 Matthias Schoenaerts in The Mustang (courtesy of Sundance Institute)

by Filmmaker Staff
in Sundance, Sundance Responses
on Jan 31, 2019

What I am proud of that was a hidden challenge: the miracle of securing the prison location.

I started my research in the Northern Nevada Correctional Center four years ago and it’s where the project was born visually. I loved this location because I could feel the narrative and visual contrast here, and that was very important for the film. I liked how this prison was nestled in the rocky mountains of Nevada and how they changed colors every hour. There was something desolate and yet explosive in this visual. I came to this place several times to explore and to deepen my characters and the story. I was certain we would film here—until the moment came when we had to decide a shooting location.

Nevada at the time did not have a funded tax incentive program, which we needed in order make our budget work. So, we were forced to explore other options. I was very disappointed because my heart was set on shooting in Nevada, and in my mind it couldn’t be any other place. Luckily, just weeks before deciding on a final location, the state government of Nevada voted to re-fund the filming tax incentive.

Now that it was a financial possibility, we made an official request to film at this prison in Nevada. What was so special about the location was that there was a like-new abandoned prison next to the active one, that would give us completely liberty to film and dress the interiors how we saw fit. Given the complicated logistics of filming in an active prison, this is the one we requested.

But the Department of Corrections had changed their mind, and said “no” after saying “yes” a year prior when we scouted. This was partly because of O.J. Simpson’s impending release from a nearby Nevada prison. The public relations officer who would have had to supervise us during the shoot was overwhelmed with filming requests and publicity requests surrounding the event of his release. An added strike against us was that it is still a public property owned by the state, and located on the same water and electrical grid as the active prison. They thought it was too much of a liability and financial burden, and could have adverse effects on the active prison next door.

So all of my dreams to be able to shoot there collapsed until, completely out of the blue, I was speaking to a director friend of mine. I shared with him my disappointment at losing my location. Then he said, “Wait a second! I know the head of the Department of Corrections in Nevada. He was the Head of the Department of Corrections in New York where I met him a year ago.” Out of millions of people, only one could have helped me get this location at this point and it was Jim. So we were put in contact.

I called Jim and we set up a meeting face to face. We had a lunch where I explained to him how important it was to me for the film to be shot in this prison. It was not just aesthetic but emotional reasons. It’s the best wild horse inmate program and the first program in Nevada. I was thankful he listened to me and also thought it could be great to promote this successful program. The day after we had the official agreement.

We brought in generators to be electrically independent, and added a separate water meter to not place the cost burden on the prison. We also managed to get a volunteer group dedicated to the preservation of the historical part of the prison to supervise us.

So that was the biggest fight with my producer Molly Hollam and I, because the film wouldn’t have been the same. The location was the most authentic element needed to anchor the film.