“Living and Working with Each Other for Those Three Years in Almost Unbearable Life Conditions”: Directors Ljubo Stefanov and Tamara Kotevska | Honeyland 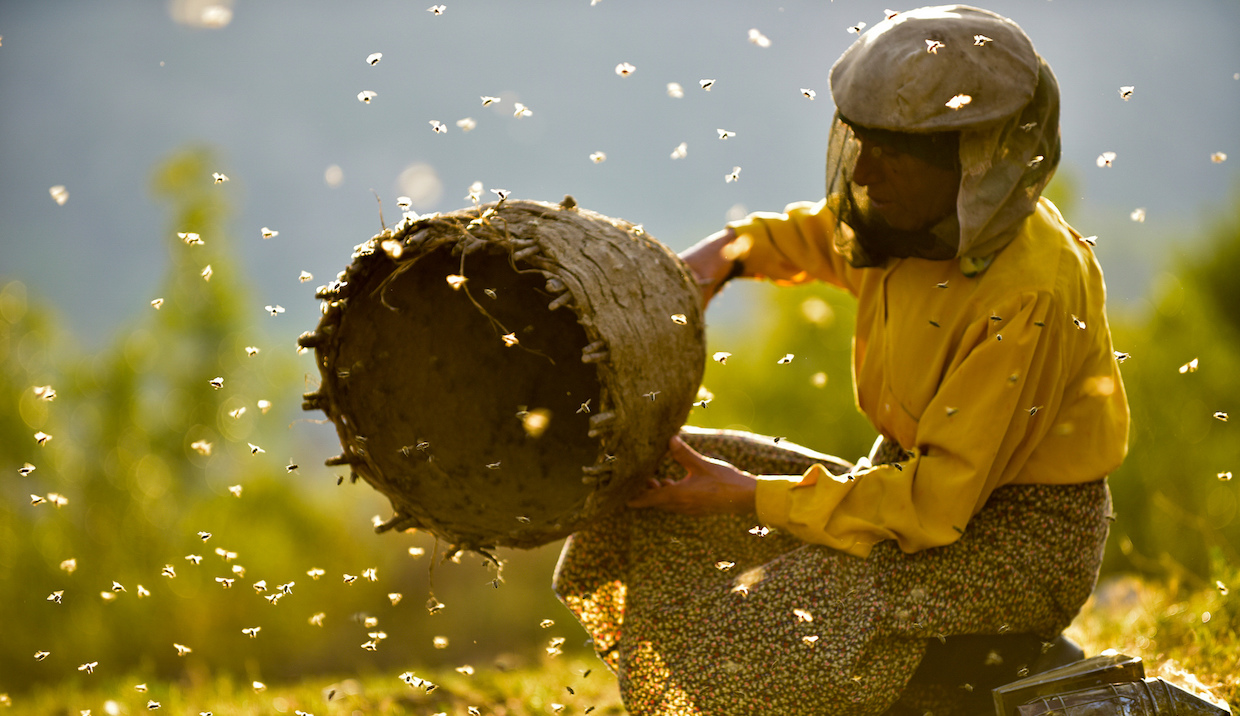 For the small crew that that we were, devotedly spending three years of our lives shooting Honeyland with all our hearts and one another in the editing room, it is certainly a “life school.” The process changed us entirely, as it helped us mature as authors and ultimately made us better human beings.

An author of a documentary film might or might not be proud of the film they’ve made, but if they are not proud of what they’ve done “behind the scenes,” than it’s a shame for the film itself. Why? Because an author of a documentary film, and especially of one that has an observational approach such as Honeyland, has at least a moral obligation towards the characters as human beings and certainly not just as “faces” on camera that serve a cinematic purpose. The filmmaker must be aware of the immense power they have in influencing and changing human destinies that may eventually leave long-lasting consequences. Of course, not everyone would agree with this, but we as authors can definitely say that what makes us the proudest from “behind the scenes” is becoming almost like family with the protagonists.

Today, from this point of view, writing about it for Filmmaker Magazine—it all seems like a fairytale. But, looking back, not one single step in the long journey of making this film could be called “easy.” One must have in mind that this film was made by a small crew of six people completely different in age, gender, nationality, religion, specific film backgrounds, different life attitudes and opinions on everything, from the way to approach the film to more insignificant everyday choices. Also, the protagonists of the two families in the film already had an antagonistic attitude towards each other when we first arrived in Bekirlija, the village where we shot Honeyland. They almost acted like they were enemies. The number of conflicts between the crew members as well those between the protagonists was almost countless now that we look back at it. But in the end we all made it out by uniting and getting along, and the secret was simple—patience! Living and working with each other for those three years in almost unbearable life conditions, in a village without roads, electricity, running water or available food, beaten by bees and fleas in a +40C, or bitten by frost and cold in -20C… Then later, spending more than 10 hours a day in the editing room for more than a year. The reasoning behind making this film was questioned many many times, but in the end, the final result is something we cannot be more proud of.

Now, back to “behind the scenes” and our moral obligation towards the protagonists in Honeyland… We spent years listening and looking at their worries and wishes, but we kept quiet and made no hasty promises, all while we were secretly working on making two life changing surprises for them. In the end, Atidze, the lead so to speak, got a new house in the closest civilized village, while the other family got a car that they wanted and needed so badly. Witnessing the emotions on the children’s’ faces as we did this, and hearing Atidze tell us “You are the family I never had,” is what we are most proud of when thinking of Honeyland.