“I Make Stories to Chase that Freedom”: Five Questions for Selah and the Spades Director Tayarisha Poe 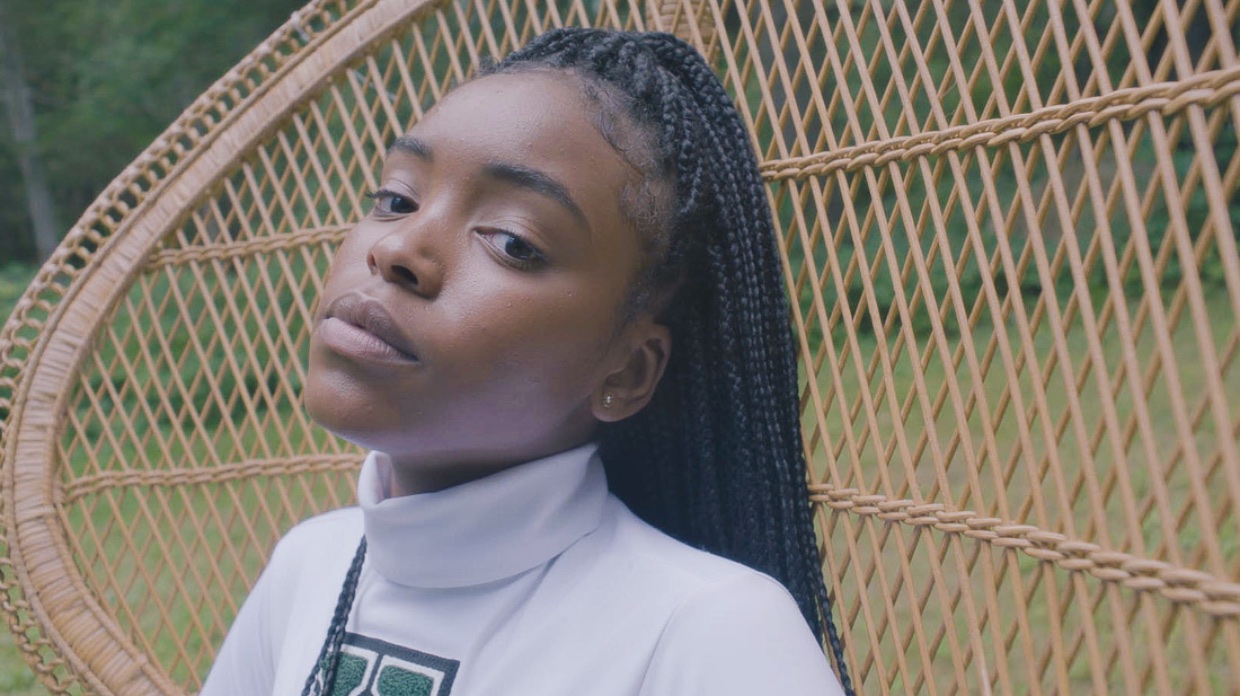 Lovie Simone in Selah and the Spades

Selah and the Spades, Tayarisha Poe

When we put together our 25 New Faces list for 2015, Tayarisha Poe was one of our most exciting discoveries. Selah and the Spades: an overture was the product of restless days at what Poe describes as a dead-end job at a digital tech firm. The anger she felt at the stultifying work transmuted into the story of a teenage girl — and classic anti-heroine — running a crew at her private school. Four years later, Selah has leapt from the web page to the screen in Poe’s feature debut, premiering today in the NEXT section of Sundance. As Poe explains below in an email interview we conducted prior to the festival, the vision of her protagonist has changed, the world has become richer, yet Selah remains a blast of defiance intent on chasing her freedom.

Filmmaker: Let’s start by talking about Selah, your protagonist. Who is she, and what space does she occupy, or try to occupy, in the world today?

Poe: She’s a teenage girl who would like to live her life under no one’s control but her own. She would like to hold on to a sense of freedom without any interruptions. She would like to be exempt from your expectations of right and wrong or good and bad or any other dichotomy you can come up with. She would like to feel that every day is a spring afternoon, with homework finished, clothes fresh from the dryer, and a cold glass of no-pulp orange juice next to her.

She isn’t trying to occupy any space other than being Selah Summers, seventeen, and free. She is determined to make her world in her own image, consequences be damned.

Filmmaker: You were one of our 25 New Faces back in 2015, and the film obviously went through continued development and fundraising since then. How has the film changed and evolved during this time, and what did you learn along the way about the world of independent film production and financing?

Poe: The whole project evolved, of course! Characters and storylines I loved faded away, the world got deeper, the language is clearer, the visuals sharper. The most important thing I learned is that at all stages, no matter what, everyone you talk to has their own idea about what your story will look like in the end. It’s important for you to make sure that you know what you want that end result to be. It means that you’ll explain yourself often, which is taxing, but it keeps you sharpening your intentions. It keeps you visualizing that story, and it brings you closer to that being a reality.

Filmmaker: I first came across your work when Selah was a web series living on a site that mixed music, photography, literature and design. Those were the days of “transmedia,” where cross platform storytelling was the rage. Now, in 2019, are you still exploring those kind of multidisciplinary ideas, or has Selah landed firmly as a feature film? And how did that earlier experimentation help the story?

Poe: YES. Forever and a day. Not every story is meant to be one that mixes media, but there will always be stories that demand it. I’m working on my next one right now and it’s been been pretty damn fun to expand upon my thoughts about the presentation of these kinds of stories. This new one is fully meant to stand on its own in a multimedia format, which is different from Selah and The Spades: an overture, as that was always intended to serve as an experiment in world building as I wrote my first feature.

With this new story, I’m trying to figure out what it means to start with access to the whole wide world and to slowly allow yourself, really to demand yourself, to shrink inward until your entire world is one location with rules and patterns needed to keep that shrunken world safe for your brain. I find these multimedia projects are fascinating because they allow me to build a full world and invite folks to journey through them in their own way and at their own pace. Each vignette (whatever medium it is) of the world built isn’t valued based on furthering a plotline, it’s only responsibility is to be a piece of that world that builds upon another.

Filmmaker: When I interviewed your DP, Jomo Fray, he talked about Brutalist architecture being a visual influence. What other sort of hidden influences can be found in your film if you know where to look?

Poe: There is a savage formalism in the way the characters treat one another that at times makes you blink and lean back like the guy in that one gif.

That constantly contorting behavior (the youthful exuberance side-by-side with the casual vengeance) has been heavily influenced by Rihanna’s oeuvre, her album ANTI in particular.

Along with that, several literary references, (those which call forth that same essence of “didn’t they tell you that I was a savage” (Needed Me by Rihanna off of ANTI) + the inherent coolness and sharp-angled anxiety that Brutalism evokes) led me through the writing process and into production and post as well: Girl by Jamaica Kincaid; The Destructors by Graham Greene; Speech to the Young Speech to the Progress Toward (Among Them Not and Henry III) by Gwendolyn Brooks; Ozymandias by Percy Bysshe Shelley; We Have Always Lived in the Castle by Shirley Jackson; and Boy, Snow, Bird by Helen Oyeyemi.

Filmmaker: Finally, what is the film’s take on gang culture, which has a rich cinematic history but also plenty of real-world correlatives. What kind of gang is the Spades, and what was important for you in terms of the way you portrayed their group dynamic?

Poe: I don’t think gang would be the right word to describe them. It’s funny, during development I avoided and yet kept falling into two descriptions of the groups at The Haldwell School: gangs, and/or cliques. Neither felt appropriate, and both held connotations that tinged a person’s expectations of the story and I wanted to escape that. I wanted the characters, their circumstances, and their emotional landscapes to be free of being boxed into preconceived notions of either of these things (fascinating that with “gang” we often think first of black and brown folks, and with “clique” our minds jump to groups of girls and women).

Faction is the right term because it is all-encompassing. With “faction” the kids in the story can be a gang, they can be a clique, a class, a family, a group, a crew, and I like that.

I don’t feel a need to equate it to anything in the real world because I consider The Haldwell School to be a world set up inside a glass bottle. It is real insofar as all worlds are real to the characters that inhabit them. It’s the world of a parable, the need for it to be a distinguishable reality takes the freedom out of it, and ultimately I make stories to chase that freedom.