“My Advice Is To Basically Get Help”: Industry Experts Explain The Quirks And Nuances Of Tax Incentives 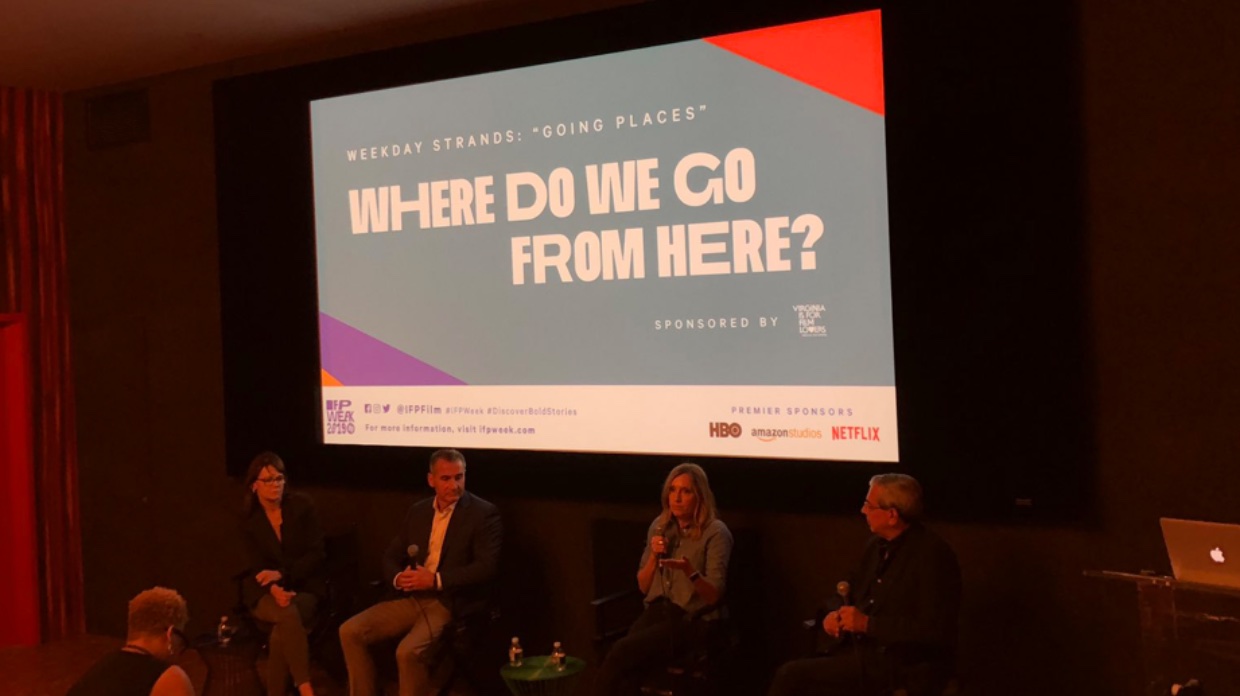 If there’s one basic, all-encompassing piece of advice to take away from the IFP Week 2019 panel “Where Do We Go From Here?” concerning those crippling migraines known as tax incentives it’s this: Talk to someone. Even if you’re that rare filmmaker with a head for business, tax incentives (and grants, and rebates) can be mind-foggingly complicated. “Talk to someone” and variations on it are uttered again and again by the three panelists and their moderator, John Hadity, an industry veteran who knows as much about the subject as they do.

“All the programs, they sound familiar,” Hadity said. “But they’re very nuanced, they’re very different, from one territory of the next.” On numerous occasions during the panel, Hadity suggested contacting Entertainment Partners, and not only because he’s its Executive Vice President: Even a mere visit to their site offers an embarrassment of riches, breaking down each state’s programs, allowing you to compare and contrast and to see what programs they have, and how you can sell credits, if that’s the route you wish to take. Still, even a company as helpful as EP can only go so far. It can’t hurt to ask around. You might find a deep cut quirk that only a few knowledgeable people know exists.

“It’s really important to talk to people who have a very good understanding of what kinds of entities you should use — what kinds of taxes issues you have to be prepared for down the road, and what accounting issues you’ll have to deal with 18 months from now when your project is all done,” Hadity explained.

“My advice is to basically get help,” said Kelli Konop, Executive Vice President of Physical Production at Lionsgate. “I’ve made eight movies in Georgia and I still get help.” When starting a film, she’ll reach out to EP early on, to see if everything in the application is tagged correctly and check out who would buy the production’s tax credits. Her projects always sell the credits, and one factor in deciding on a state or territory to film in is what credits are selling for at the time. “Just because there’s a tax credit doesn’t mean you can sell it.”

She also points out one of Georgia’s quirks: If you don’t put the image of the Georgia peach in your credit crawl, you don’t get your money. (On a similar note: Hadity points out if you shoot in New York, make sure you get the “Made in NY” logo, which ensures you get a million dollars worth of free advertising in the city —=00 your film peddled on buses and subways and so forth.)

One person you can talk to — at least if you’re considering filming in her state — is Dawn Blacksten, Assistant Director of the Virginia Film Office. Her state has a $9.5 million program, including $3M in grants from the Governor’s Motion Picture Opportunity Fund set aside by Governor Ralph Northam to lure productions, big and small, to Old Dominion. Their program is strong, too: You get 15% back on base expenses, a number that goes up to 20% if you shoot in areas deemed economically distressed. If you hire Virginian crew, you get an extra 20%, meaning you could get up to 40% total. (Other states have similar programs, but they don’t all work the same way. In New Jersey, you can get a 5% uplift if you buy goods from businesses in areas deemed economically distressed, but you aren’t required to shoot there.)

Blackstein also points out there’s another way productions can save money beyond applying to their incentive program. “Over the years productions come to our state and build these massive sets. A lot of times they take them apart and they end up in dumpsters. So we ask them to put their sets on our state property, and when they’re done we leave them up and maintain them,” she said. She was referring, of course, to its wealth of Colonial-era sets. It started with John Adams, the acclaimed HBO series from 2008, which filmed outside of Richmond. Those sets attracted Steven Spielberg’s Lincoln, which in turn attracted AMC’s Turn: Washington’s Spies. Next year’s Showtime series The Good Lord Bird — with Ethan Hawke as abolitionist John Brown — recently added a tavern with a practical interior, a cabin, a saloon and a brothel. At this point Virginia essentially has a backlot of free sets. “That’s $300,000 for a set you didn’t have to build.”

But back to tax incentives: “I can sit here all day and give you war stories,” said John Genz, partner at Citrin Cooperman, and who knows all there is to know about filming in New Jersey. Here’s one: One production delivered a significant transaction to the state, but it was done outside of the state — a fine-print no-no that no one on the production caught until it cost them $100,000. “You have to know the nuances of a program,” Genz said. “As production people you have to be an attorney, you have to be an accountant, you have to be a production executive. You have to wear so many hats. It’s good to have the right advisers — legal, accounting, production, incentive advisers — just to make sure you’re taking advantage of everything you’re entitled to. There’s a lot to take advantage of in a program.”

Perhaps this goes without saying, but you don’t need to think only about America. Konop points out that the U.K. is very inexpensive now because the currency is so low. (Thanks, Brexit.) She also shoots a lot in Vancouver, including this year’s hit comedy Good Boys. “It’s a great place for a small movie, because you can hire everybody there. My whole crew was from Vancouver, except for one person,” she said. That said, don’t assume Vancouver’s open. “If it’s packed, there’s nobody to hire. Then you’re bringing people in. So you did your budget and you didn’t’ allow for travel and living for everybody — and by the way, if you bring someone in from outside, you don’t get the incentive on that. So not only do you have to pay for the person to put up, you also lose your incentive.”

Another inexpensive place: Serbia. They have a great tax credit; they give you your money back quickly. But make sure it doesn’t backfire. For instance, Serbia may not be the place to make a movie set in contemporary America. “You need to build a bedroom or living room, but you can’t buy any of that stuff in Serbia,” Konop said. “So it’s all going to come from London.” If that’s the case, you have to make sure the territory you’re in allows “pass-throughs,” which is if you can transfer goods from another country into where you’re shooting. Some territories allow it, others don’t.

Of course, you could always try to film in the place in which your film or show or even short is actually set. They may say their incentive program is used up or that it has severe limitations or that they can’t offer much. If so, Hadity suggests doing something simple: asking.

“There have been several instances where I was involved with projects that are about a specific place. When I really felt pressured to get more of an incentive out of the jurisdiction, I would say to anybody that was in a decision-making position, ‘Do you know how embarrassing it would be if this was made somewhere else?” Hadity said. “That resonates with people. And they try to find alternative incentives.”

In other words: Talk to someone. As with everything in life, it can’t hurt to ask.