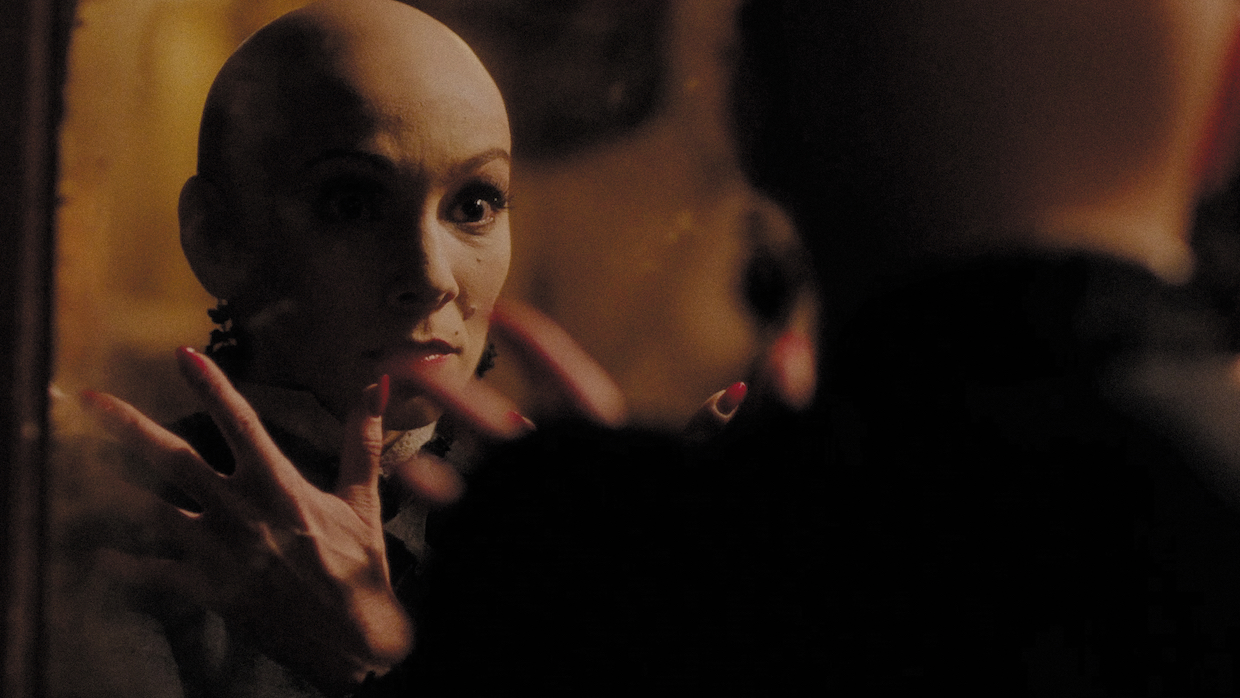 Fatma Mohamed in In Fabric (courtesy of A24)

The visual exquisiteness of Peter Strickland’s films has sometimes led to them being regarded as precious bon-bons—laced with strychnine—that favor style over substance. It’s an argument that applies no more to his self-financed feature debut Katalin Varga (2009), an unsentimental neo-Gothic rape revenge drama, than to his harrowing giallo homage Berberian Sound Studio (2012) or his depiction of an inverse Domme/sub relationship in The Duke of Burgundy (2014). Each of these movies is a penetrating psychological study of a character struggling to survive victimhood and the unfair hand she or he has been dealt. If you don’t sympathize with Katalin […]