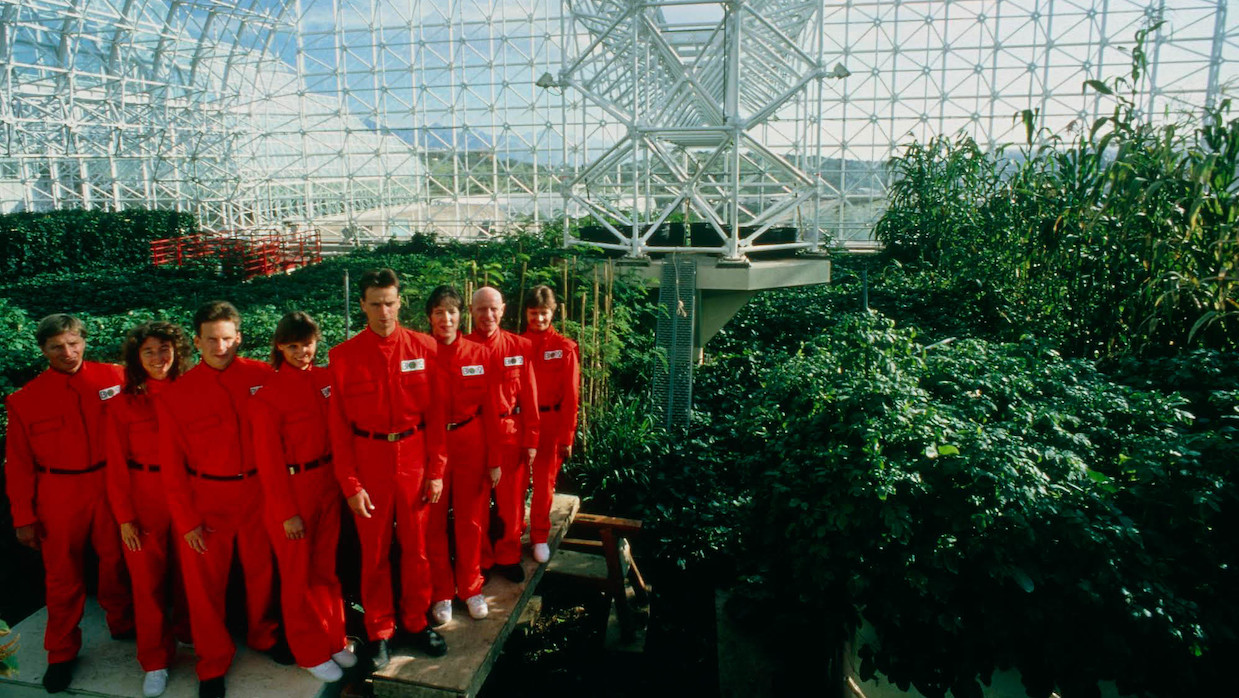 A still from Spaceship Earth by Matt Wolf (courtesy of Sundance Institute).

Our film Spaceship Earth is comprised almost entirely of archival footage, but we did a number of interviews in studios across the country. The most important object for this film is a modular erector set of geodesic rods that appears out of focus behind all of our interview subjects. Production designer William Davis designed this kit to be shipped and reassembled around the country, based on photographs I showed him from the interior of Biosphere 2—an enormous glass pyramid with a miniature replica of the planet—which is the subject of our film. Biosphere

2 is one of the most spectacular structures inspired by the architect Buckminster Fuller’s geodesic domes. In fact, Fuller’s book Operating Manual for Spaceship Earth is the namesake for our film, as well as the Epcot amusement park ride—itself a geodesic dome that celebrates human aspiration and the future.

In the 1960s, Fuller’s geodesic domes and his concept of “synergy” became important symbols of sustainability that inspired the back to the land, commune movement. In fact, the inventors of Biosphere 2 named their New Mexico commune “Synergia Ranch,” and they referred to themselves as “Synergists,” inspired by Fuller. One of the subjects in the film describes the significance of the geodesic dome: “The struts of the ball have tremendous strength together, but individually they don’t have cohesive strength. That’s how we worked, the whole is greater than the sum of its parts.”

I think that’s an appropriate analogy for interviews in a documentary—a complex story is the result of individual perspectives composited into bigger ideas. I wanted to subtly evoke Biosphere 2 in my interview shots, but those soft grids are also a way to connect these disparate personalities into one epic story.