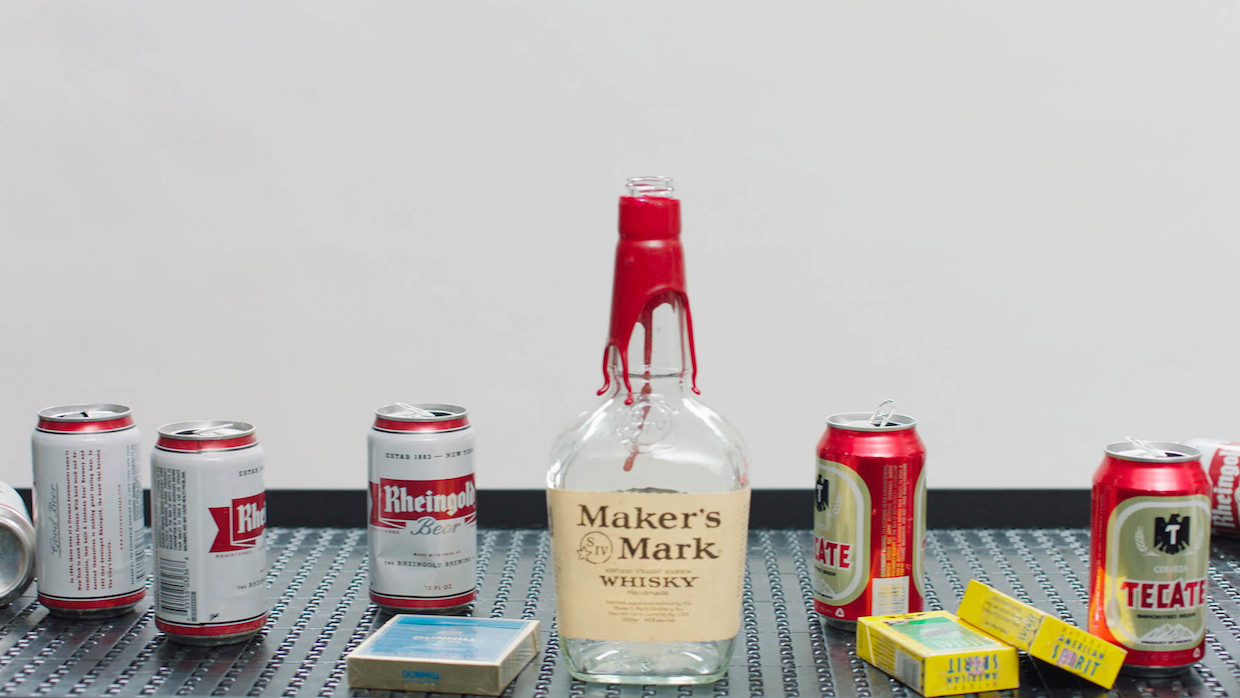 Untitled Pizza Movie is a six-part series that revolves around objects. On many levels, this is a work about people and their things, an archive of images that I built, rather than one which pre-existed. I’m interested in how objects hold history and stories and remember people.

I cobbled together over 4,000 things to film –  decades of my own drawings, paintings and sculptures, crapola I’ve held onto out of guilt or love, and hundreds of items I sourced on eBay. They’re woven throughout the work to represent people, while examining the faultiness of class, memory and making movies. These objects were filmed like memories, narratively but not scientifically, rotating on turntables and moving across conveyor belts. Some shots linger while others are fleeting. Technically, these things may be worthless – say, a plastic treasure chest earned by saving up cereal Box Tops – but, perhaps they are priceless; touchstones to an event, a person, or a world.

I also filmed particular things to explore how scale may diminish a city to the size of a souvenir or make a minor memory seem monumental. While Untitled Pizza Movie was shot over 30 years and on three continents, a cheap chatchka can more than hold its own with an 8K drone. Untitled Pizza Movie employs common documentary tropes, save one: not a single j-peg was used in its making. If a photograph or newspaper, was employed, it was filmed for its thingness, it’s yellows, cracks and faded ink.