“I’m Going For, ‘Capture It Now, Use It Later'”: DP Danna Kinsky on Shooting Drone Stock Footage in a Pandemic 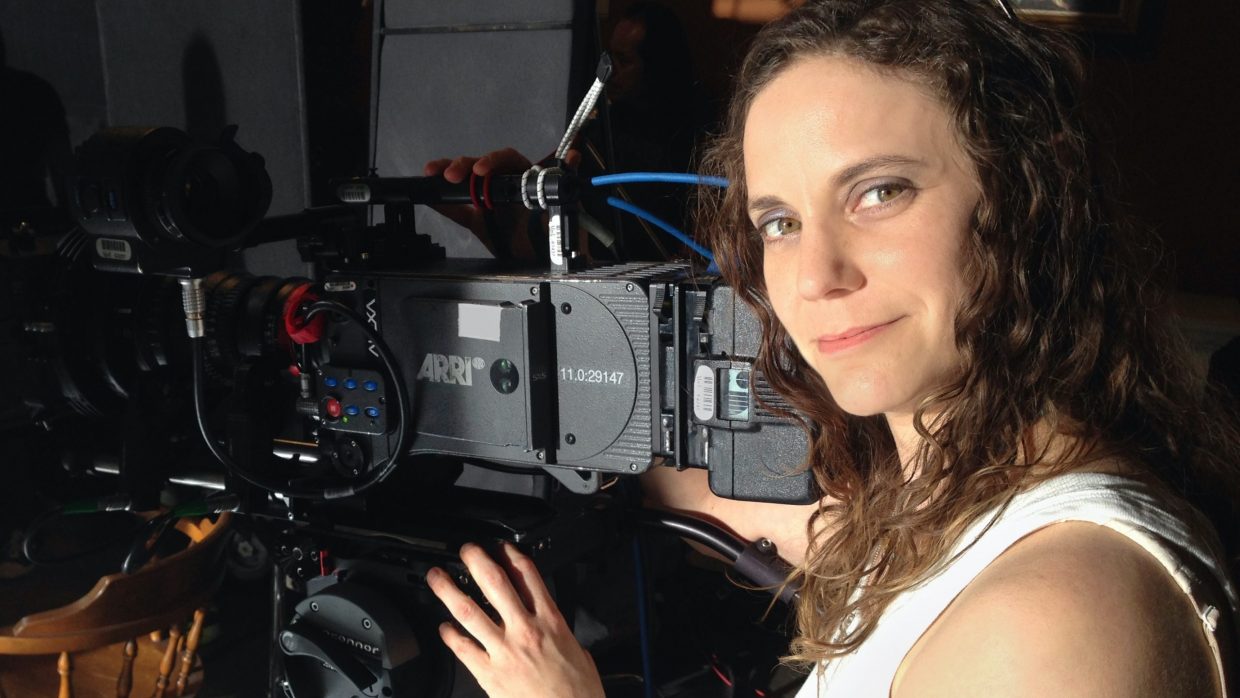 Based in Los Angeles, Danna Kinsky has worked in a wide range of genres and formats, from independent features and documentaries to music videos, concerts, commercials and aerial cinematography. She is affiliated with several groups: The International Female Collective of Cinematographers (ICFC), The American Society of Cinematographers’ Motion Imagine Technology Committee, and Women in Media. Since the COVID-19 lockdown, Kinsky has been shooting drone footage of a deserted Los Angeles.

Filmmaker: How have you been coping with the lockdown?

Kinsky: Generally, as a filmmaker, I always strive to keep costs low. Finances are a problem, just like they are for everyone else, but I’m used to living on a very strict budget. That’s how this lifestyle is.

Filmmaker: Have you had time to work on anything personal?

Kinsky: I’m concentrating on education and research. I enrolled in a DaVinci Resolve color correction course, for example. The groups I’m affiliated with sponsor virtual events, so I’m watching a lot of interviews with colleagues on different social media platforms. I’m reading more, doing more yoga and meditation. Clearing out as much as I can from my office. I’m donating clothes, office supplies, sheets and towels to homeless organizations. Media consumption has gone up, but not by much.

I was supposed to go to Israel this summer to celebrate my parents’ fiftieth anniversary, as well as my mom’s seventieth birthday. Cancelled. But there’s never a shortage of things to do. I’ve not been bored. Frustrated, but not bored.

Filmmaker: What kind of work did you lose?

Kinsky: Any project I was attached to has been cancelled until further notice. Start dates are often postponed, but this is more severe since there’s no knowledge of when and how our industry will adapt to the new normal.

Filmmaker: What had you been doing?

Kinsky: I do a lot of everything. Last year a VR project, a commercial for macro cinematography, additional photography for a Black Eyed Peas music video. I shot a Holocaust survivor in his 90s, a doc about education through the arts, and I did some drone work on music videos. Recently I shot a film called Good Vibes Only that premiered at the Arclight. It takes place in a dystopian sci-fi.

Filmmaker: We’re living in that now.

Kinsky: We’re all living in a different kind of dystopia now.

Right now I’m shooting aerial footage which I place with stock footage houses via BlackBox. Hopefully filmmakers will be able to use it to establish the emptiness of the city during the lockdown. I’m doing that more right now than ever before. It’s a unique opportunity. The streets are empty. Friday afternoon traffic in Los Angeles is usually bumper-to-bumper. Now people are getting pulled over for speeding down the 101 and 405. We’re in a peculiar time, living through something that will never be forgotten. It may never be like this again, hopefully. So I’m going for, “Capture it now, use it later.”

Filmmaker: What’s the hardest part about shooting with a drone?

Kinsky: Anxiety. Knowing all the bad shit that can happen. You could run into and ruin or kill anything. Thankfully, in the last three years I’ve been flying, I have not run into a tree, a building, or a bird. But I’ve seen the videos. You have to know what you’re doing, you have to concentrate, you have to be adaptable and creative under stress. It feels like the stakes are higher than shooting with a camera on the ground.

Filmmaker: Some of the DPs I’ve spoken with think that shooting will change in the future. How many people on a set, for example.

Kinsky: I don’t see it as grimly. Only time will tell, but I don’t think we’re always going to be scared of coronavirus.