“We Prioritized Hiring Trans Crew, and When We Couldn’t do That We Mentored Trans People on Set”: Sam Feder on Disclosure 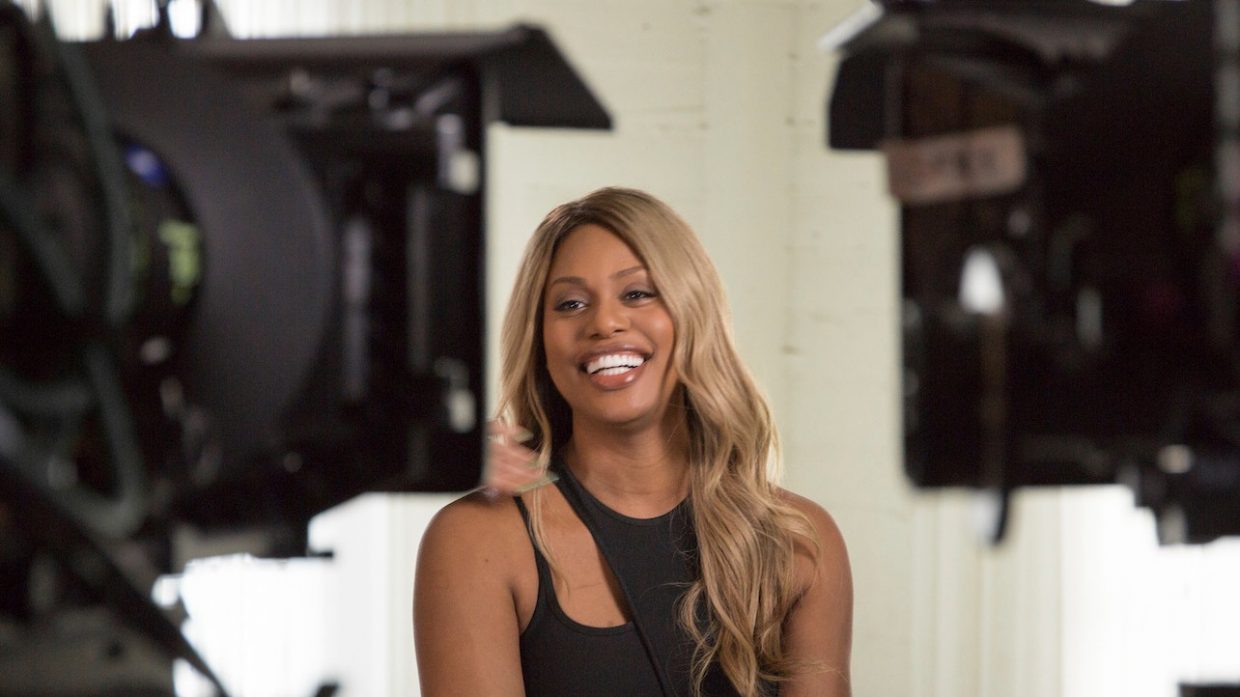 by Lauren Wissot
in Directors, Interviews
on Jun 19, 2020

Disclosure, directed by Sam Feder (Kate Bornstein is a Queer & Pleasant Danger) and executive produced by Laverne Cox, debuts on Netflix today, June 19th. And in the wake of the whiplash from the Trump administration’s decision to erase healthcare protections for trans people, followed by the US Supreme Court’s momentous ruling protecting those same folks from workplace discrimination, it couldn’t have arrived at a better time. The doc is an exhaustive and entertaining look at how trans individuals have historically been depicted onscreen through surprising archival footage (Birth of a Nation and Bugs Bunny make appearances) and insightful interviews with a diverse array of activists and artists (everyone from the ACLU’s Chase Strangio, one of the attorneys on plaintiff Aimee Stephens’ winning team, to directors Lily Wachowski and Yance Ford).

During the start of this chaotic Pride Month, Feder took a few moments to fill Filmmaker in on the project, including working with an all-queer crew and celebrating the wide range of trans men and women and gender nonconforming trailblazers (who look nothing like the white and wealthy Caitlyn Jenner).

Filmmaker: So how did this project come about and ultimately arrive at Netflix? Was Laverne Cox onboard as EP from the start?

Feder: By looking at the past we can understand the present and plan for the future. There are two documentaries that changed my life: The Celluloid Closet, about gay and lesbian representation in Hollywood, and Ethnic Notions, about Black people’s representation in Hollywood film. I always wanted to see the history of trans people in film and TV.

Fast-forward to 2014, trans visibility was increasing, and mainstream society was talking about us more than ever. I wanted to give trans and non-trans people more context to understand these changes in our culture, the history, and how we arrived at this point of visibility. It was important for me to foreground that visibility in itself is not the goal; it’s a means to an end. I knew there was more to the story than what the public was seeing, and I wanted to tell that story. A big part of that story is the paradox of visibility.

I always wanted to interview Laverne for Disclosure, but wasn’t sure how that would happen. She’s very careful about who she works with and I didn’t know if she would trust me. Then in 2017 I was invited to give a presentation about Disclosure at the Outfest film festival. While I was onstage I looked towards the audience and, lo and behold, there was Laverne, hiding behind huge reflective sunglasses. After the presentation we chatted, met for lunch a week later, and talked for four hours about our shared passion for this topic. And the rest is history.

Filmmaker: How did you go about finding all the archival footage? So many of those clips are truly surprising.

Feder: The first documentary job I was hired for nearly 20 years ago was in archival research; I love that challenge. For Disclosure we spent months digging through various film and TV archives across the country. One of the best treasure troves I found was on the day Nick Adams took me to his own private storage facility. He shared boxes and boxes of VHS tapes and DVD recordings of shows from the early 1990s to the present – all recorded from his home television!

Filmmaker: I’m normally averse to talking heads, but in the case of Disclosure it’s actually a brilliant choice. By choosing to showcase such a wide spectrum of today’s trans community onscreen — from black to white, from those that “pass” as cis folks to those who don’t — you’re really pushing back on all these historically reductive onscreen depictions. So what was the thought process behind who to include in the film?

Feder: Thanks for saying that! I too am not a fan of such conventional approaches, but I think Disclosure called for it. The cast is made up of trans people who have worked on one side of the camera or the other. There were so many more people we wanted to include but couldn’t because of scheduling conflicts.

Filmmaker: One of the issues that I was thrilled to see addressed in the doc is the harsh reality that gays and lesbians have not always been supportive allies of the trans community (much like the white narrative of LGBTQ history has long sidelined and silenced queer people of color. See trans icons like Marsha P. Johnson and Sylvia Rivera). Though everyone who worked on your film is queer, but not all trans, what was that dynamic like?

Feder: I’m so proud of our production model. We prioritized hiring trans crew, and when we couldn’t do that we mentored trans people on set. I’ve left many jobs so discouraged because of the misogyny, homophobia, racism and transphobia I witnessed or experienced. We created the set we always wanted to be part of.

While mentors shared their technical experiences, mentees shared life experiences and perspectives. One mentor, our chief lighting technician Dessie Coale, was so moved that she instituted the first trans sensitivity training at IATSE, the largest tech union in the world. If a small indie doc can do that, projects with studio backing have no excuse.

Filmmaker: I first became aware of your work through your 2014 feature-length doc about one of my heroines Kate Bornstein is a Queer & Pleasant Danger. It seems like documenting trans history is almost a calling for you. Which made me wonder if you ever worry about being pigeonholed. Are there other subjects you’re likewise interested in exploring in the future?

Feder: I’m not worried about being pigeonholed because of my past work. I worry about transphobia. My work will always center trans people, people of color, queer people, and feminists. I’d love to be known as a director with this focus.